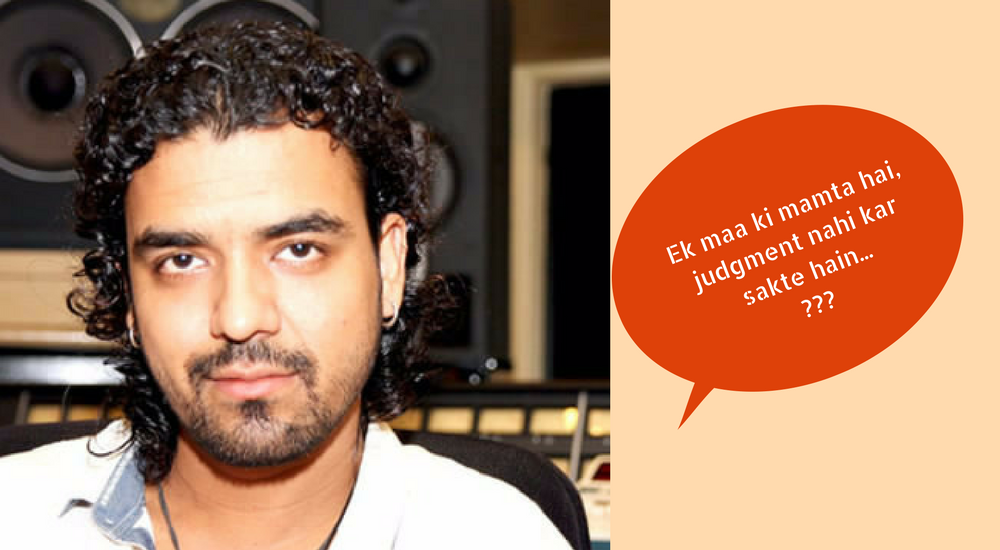 An Open Letter to Toshi & His Sister: Child Abuse Is NOT Discipline Or Ma Ki Mamta

Just last week a heart-wrenching video of a toddler girl being severely scolded and even hit to make her learn her numbers right, went viral. This is child abuse, NOT discipline.

The media went abuzz with debate after this video was shared by famous Indian cricketers Virat Kohli, Shikhar Dhawan, Yuvraj Singh and Robin Uthappa…and later by more ordinary people, some of whom like me could not watch beyond a few seconds but had to…to write a strongly worded condemnation.

My friend Gunjan Hassan, mother to a well-brought up teenaged boy, wrote in reaction to a social media alert, that the video was highly disturbing and that she couldn’t watch beyond 4-5 seconds! Yes, one mother made the video while abusing her daughter and the other could barely watch it. Irony of life or sad reality?

Nevertheless, on August 22 it came to the fore through an Hindustan Times piece that the 3-year-old toddler is Bollywood singer-composers Toshi Sabri and Sharib Sabri’s niece, Haya.

But what actually surfaced along with it, is the sick mentality of the singer who mercilessly defended the act in an interview to the the Hindustan Times, in turn blaming the child for inviting such wrath.

While we’re not sharing the video here to safeguard the child’s privacy, here is my point by point rebuttal to his ridiculous defence….an open letter to singer Toshi.

As for the first point, “The video was made for the family chat group”, do you think we will buy this argument, Toshi? If so, then please enlighten us with the name of the insane mind in your so-called family group who leaked it out to the world? And for what joy or publicity gimmick? Who on Earth will be sane enough to circulate such a horror to make it go viral? Sorry, but this is sickening! I could not stop the tears rolling from my eyes. Sorry, but I am human.

Mr Toshi, I was once a fan of your singing. Today, I stand in the other crowd, with my head hung in shame and anger…helplessness added to it….but strongly condemning what your family is doing in the name of discipling the child. Why? Here I do the catharsis of my anger, somehow not venting the same in my words below because an eye for eye, will only make me blind – since you are already blind to child abuse happening in your family! Pardon me for showing you the mirror in this open letter.

Translates to: “We know about our child better. Haya’s nature is such that after being scolded, the next minute she runs off to play. But, because of her nature if we don’t prod her, leave her…she won’t study.”

Well Toshi, you may justify the act as a parenting style, but this is pure, blatant child abuse in the name of discipline. Your defence is mere justification to satisfy parental aspirations, to make the child come upto societal expectations and to acquire fame as parents to a brilliant child. Don’t agree? Ok, Read further, perhaps a few other renowned people can help you and your sister.

Psychiatrist Dr. John Neil from London writes to me, “There has to be a balance. Raising hand is never a solution, be it home or school. Strict gestures should be enough to correct the child. Remember, lifting a hand is child abuse and not discipline. It will only invite the child’s anger, frustration and depression in the long-run. Only an assertively yet sensitively-handled child will grow up to be a disciplined human being.”

Quite disturbed after watching the video, founder of Bookwallah Organisation, Seena Jacob pens to me from Chicago, “Installing fear in a child leads to the opposite effect. Abuse of any kind impacts brain development and can lead to emotional, behavioral, and learning disabilities. As a matter of fact, a child could withdraw if frequently faced with “trauma” based on first instinct which is to protect himself/herself and feel safe.”

Seena Jacob and her volunteers at Bookwallah Organisation lovingly handle more than a dozen children every week. Most of these children Seena deals with daily, are either orphans or victims of child abuse – one form or the other. Seena adds,” Traumatised little hearts. We raise hopes of a better life, bright future among them. We attempt to heal their tender yet shattered souls, we try bring smile to their hearts, and not just faces, through books. We attempt magic and it works.” Yes, you read it right Mr Toshi, Seena and team heal the children through books. The same books and numbers which work magic for children with Seena, but turned into horror images for your tiny niece Haya. What a crime!

If you still have doubts, then there are enough famous lawyers in the country to enlighten your family. Some of my readers perhaps by now might be praying, wishing…if one of the lawyers could sue Haya’s parents for the horror which still might be continuing. A chill runs down my spine even imagining that…God save the child! But in India we merely watch, we wish, we pray, we condemn and then we forget it….only to watch more horror unfold day-after-day. Sigh.

Translates to: The video was made by the child’s mother, who wanted to show her brother and husband that how stubborn the girl has become.

Translates to: All the crying was for that moment so that her mother doesn’t make her study and let her play. Haya is just about two-three years old.

I am penning out Toshi’s excerpts from Hindustan Times, translating to, “In every house there are different kinds of children. Ours is a very stubborn child but is extremely dear to us.”

“Stubborn in once sentence, extremely dear in another? Are you out-of-your mind esteemed celebrity? No child is born stubborn; there is no science to prove it. You made her so with so much scolding,” writes senior gynaecologist Dr Rupa Kalandhri from Bengaluru.

Ankita Sharma, a mother to a toddler son and a former TV journalist with CNN-News18 , New Delhi writes on her Facebook timeline while sharing Toshi’s merciless defence, “What a man he is! Claiming that the child is stubborn and at fault? The way of teaching (the teaching style depicted in the video) proves why she is stubborn and throws tantrums… Ridiculous.”

“The current times are of ‘What you sow, so shall you reap,’, Dr Yusuf Afaque, a surgeon and professor at the Aligarh Muslim University, told me once, while we were once debating the ‘right kind of parenting’ in June earlier this year.

So watch-out Haya’s mother; what are you sowing?!

In the name of ‘Don’t Question a Mother’s Love’ Toshi further added that no one should form a judgement about the parenting techniques of his sister after watching the mere 1.5 minute video clip. Wow, isn’t it a beautiful defence (read sarcasm) after the so-called family video has already been viewed by over a million people world-over and has been condemned internationally as well.

Translates to: One can’t judge a mother’s love for the child by seeing a short video. She bore her for nine months in her womb. If children throw tantrums, then should we stop teaching them?

Toshi further goes on to add, “I’m married and have a son. I know how difficult it is to raise a child. Parents have to do double duty by managing both — the children and the household at the same time.”

Oh really, Toshi…tsk tsk? Then you surely need lessons in parenting! I really hope your son is off the hook Haya was subjected to? I dread the thought!

Once while debating parenting issues, I came across two very noteworthy, wonderful points that keep echoing in my mind whenever such senseless cases erupt in the society.
The first being from Monita Sharma, my former PR colleague and now a Communication Expert in Sydney, Australia. The mother to two handsome twin boys, she once said, “I am a mother but I have to be a friend as well. A home has to be like home, the first step towards love…towards discipline.”

Mark my words Mr. Toshi, one day Haya or anyone subjected to that kind of treatment will call her home a jail, not home! If I were in her place, I would have said the same.

The second noteworthy advice that came my way last month, was from a noted Child Pyschologist from New Delhi, Shabana Siddiqui: “Parents are the first and best role models for children. The way you handle them, things around them…leaves a deep impression on their tender minds; they watch you and learn automatically. And thus it is extremely necessary to handle them with love and care. A bond made with affection lasts longer than made with fear.” Shabana is mother to two sons, one of them being very active and always on his toes, but never reprimanded for the same, whether in the absence or presence of any outsider.

“You don’t nip a bud to make it bloom, it is as simple as that,” says my mother Meera Sharma who is a former scientist and is disturbed to see me sadly penning this piece in the graveyard hours beacuse Toshi’s comments didn’t let me sleep. I agree with you mom, but then common sense is not so common, sigh.

Thus, Mr Toshi, I really feel the mother in your sister needs psychological motivation, guidance…and so do you…if you and your family still think this horrendous video captured by your sister is a form of motherly-love-and-care for the 3-year-old Haya.

Parenting styles are unique to each family, but when has emotional and physical abuse ever resulted in a wholesome individual?

Maryada Sharma, a Harvard educated scientist at PGI Chandigarh and a woman of few words, gives the parting shot in her impeccable style, “Let us nurture budding kids to raise them into a reflection of the self….for they are our future ‘auto-plantations’.”

I May Be Married, But I’m Also A Single Mother Doing It All!

Are You Listening To Your Child? Maybe He/She Is Sexually Abused [Video]