Nimisha Bhanot: Shattering Patriarchy One Pin-Up At A Time

Meet Nimisha Bhanot, an Indo-Canadian artist who paints badass Indian woman with a dash of sanskaar. 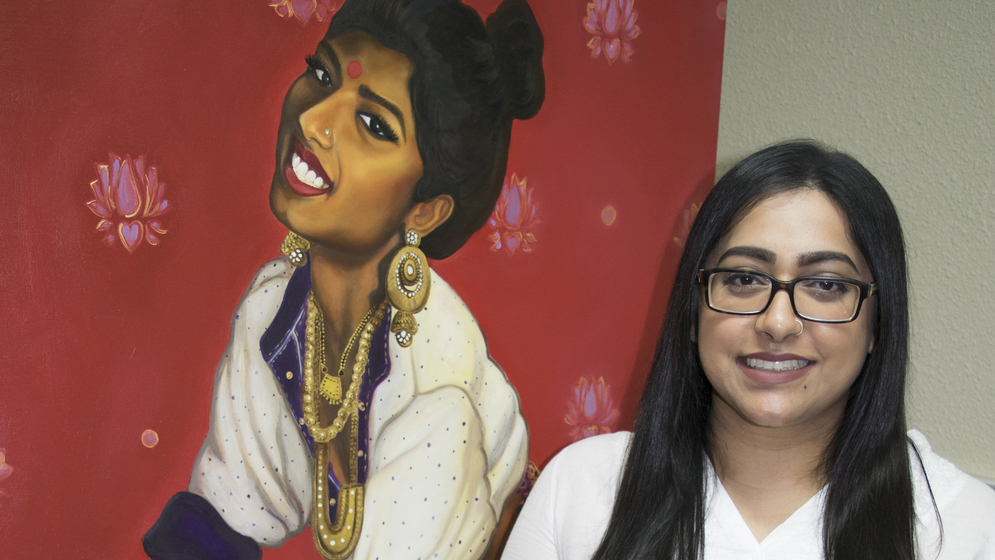 Meet Nimisha Bhanot, an Indo-Canadian artist who paints badass Indian woman with a dash of sanskaar.

“They’re (the portraitures) badass because they’re looking back at their viewer. This gaze maximises the subject’s confidence and that’s what my art is all about” – Nimisha Bhanot in an interview to Quartz Magazine.

A Canadian artist of Indian origin, Bhanot is in touch with her Indian roots but working hard against the ingrained patriarchy of the ‘Indian’ culture. She tells Buzzfeed about how the 2012 rape case of Jyoti Singh (Nirbhaya) sparked the idea of the pin-ups she did with south Asian women. Since then, she has been fearlessly painting subversive pieces of sanskaari Indian ladies owning the ideal bahu stereotypes. They have tattoos and henna on their bodies, they smoke, they show off that brown skin like no other, and those eyebrows and makeup are always on fleek. Total package.

Some of her work that went viral recently was from the Badass Bahus, Badass Brides and Badass Brides pin-ups. A few of the works from her pin-up series are below, and you can check more on her Instagram and Facebook page. AND my personal favourite. The only thing that I like MORE than these paintings are their titles. The amount of sarcasm and sass is enough to shrivel up MCPs and make them quiver in their homes. While simultaneously slamming shut the mouths of all those custodians of Indian culture who seem to dictate what a ‘real’ Indian woman is like.

According to Femina, ‘The artist has received a mixed response to her works. “I’ve heard that some think I’m objectifying women, but I don’t agree. If it were really that bad, my client base wouldn’t consist of a 9:1 female to male ratio,’’ says Bhanot, who is now working on a series called Complexion and Body Image.’

Nimisha Bhanot is a remarkable  woman and her creativity is truly inspiring. I so hope to see more of her work in the future. You go, girl!