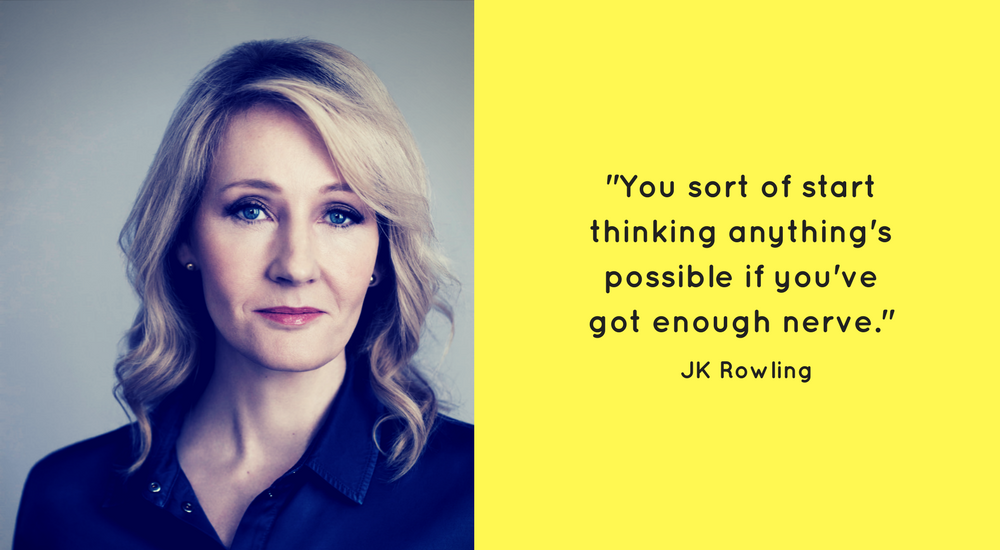 20 Years On, JK Rowling And The ‘Magic Beyond Words’ [VIDEO]

The 20th anniversary of the first Harry Potter book is here and what better way to begin the celebration than talking about its wonderful creator.

JK Rowling has been ruling hearts since 20 years today. Harry Potter was the revolution that we all  needed. Teaching us to be compassionate, kind, brave… and shaping billions of childhoods since day one. We have come a long way and there is no trace of the mania fading out, and nor will it, ever.

The first ever author’s name that I knew was her name, even though I did not discover the real deal until later. I remember writing her name in the column for “my favourite author” in my GK book in class 2. Her name was the only one I knew. After so many years, now that I know so much and have read so much, I still wouldn’t change that name. She is the real life example of a person who hit rock bottom and made it their foundation. Her journey is an inspiration to anyone who is struggling with life.

Magic Beyond Words: The JK Rowling Story, as the name suggests is based on Rowling journey. If you are an enthusiastic Potterhead then this is a must watch and a good way to begin the celebrations. Then we can all unite and worship THE Queen herself. #WandsoutforJK

Note: The first part of this video playlist appears to be now inaccessible in India, but you can continue watching from episode two here.