From facing infertility to becoming a proud mom and now helping other women with similar problems, Gitanjali Banerjee of Infertility Dost has come a long way. Have a look! 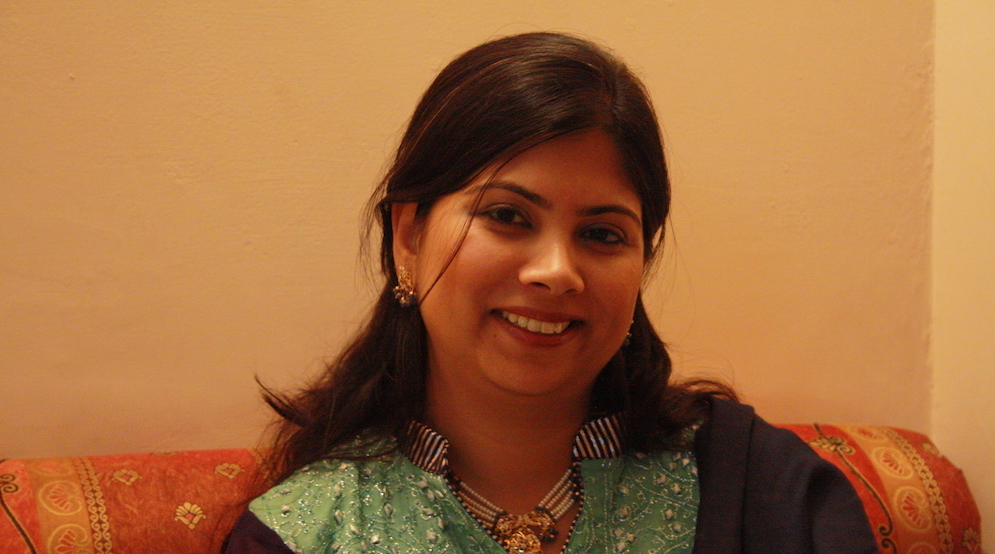 From facing infertility to becoming a proud mom and now helping other women with similar problems, Gitanjali Banerjee of Infertility Dost has come a long way. Have a look!

A pass out from JNU and married at 23, Gitanjali Banerjee never thought she would be doing what she is doing today. Yes, life has a way of surprising you, as she found after marriage and a troubling time, dealing with infertility.

“After one year of customary honeymoon, it was time to hit the next milestone – motherhood. And, with this began the 10 long and gruelling years of fighting infertility. Post 5 miscarriages, 3 molar pregnancies, 1 failed IVF, a brush with ovarian cancer and finally successful pregnancy on second IVF attempt- I stand here in front of you to openly talk about my Infertility journey”, she says.

After working in the field of Content Writing for 8 years, Gitanjali took to blogging and from there, grew her desire to also help others dealing with infertility. After her gruelling journey with infertility, she says, “…as God would want it I had a burning desire to do something about people suffering infertility for I had experienced the pain first-hand and then I had blogging skills. I found my true calling in combining this to create awareness and support for infertility. That’s my story”

The aim of InfertilityDost is to be the helping hand to couples who go through the problems that come with opting for IVF. Along with the social trauma and the exhausting process, InfertilityDost guides couples and provides them with a platform to share their stories with the world. This along with inspiring and helping women re-establish their self-esteem is the biggest joy for her in this venture. This is what ‘real empowerment’ according to her is. 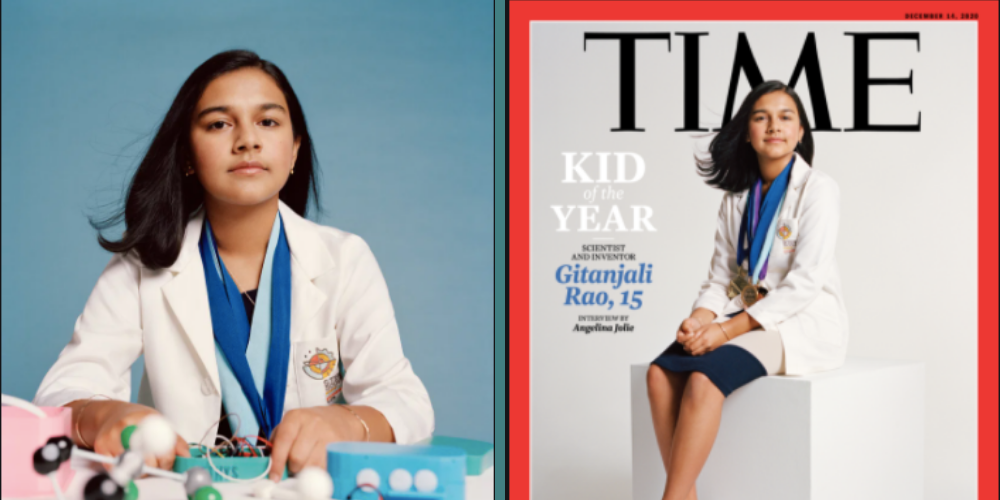 Gitanjali Rao – TIME Magazine’s Kid Of The Year Is An Inspiration To Us! 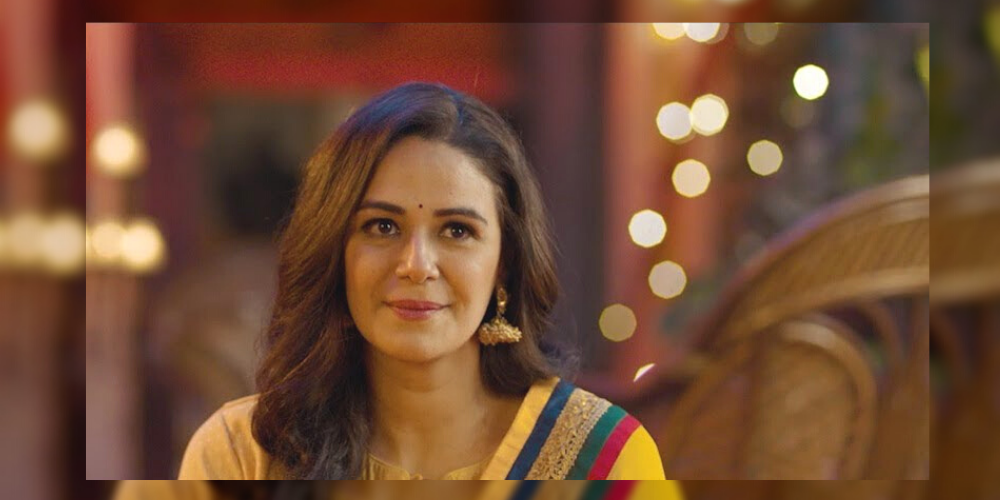 It Takes 2 To Make A Baby, So Stop Blaming Only Women For Infertility!

A business, however, does not have only ups. Gitanjali explains her journey saying, “Social taboo and personal fears were the biggest challenges. Everyone knows about infertility but no one speaks about it. Thus the infertility closet complicates the problem and makes it difficult for couples to move on in their life even if they want to.” Helping a couple out of this deeply ingrained philosophy is, indeed, an important task.

She started with this venture in August 2016 and has done tremendously well in her own words. It has been featured in multiple publications and Gitanjali especially feels pride in her venture on being“selected as top 3 budding women entrepreneur venture creating significant social impact by a campaign run by CashKaro, YourStory, Sheroes.”

With not even a year since its beginning, Gitanjali has a variety of plans for the future of InfertilityDost. She has ambitions to expand it to Tier 2 and 3 cities, and neighbouring countries especially in South Asia.  She understands the social problems regarding this issue and aims to build empathy in the society towards infertile women. She exclaims, “We need to eradicate the condescending word – banjh”. As a feminist, she also wants to give more power to women and train female volunteers to “reach out to women undergoing infertility and support them”.

As she sums it up, “My tryst with infertility over a period of 10 years has convinced me that there are a lot of women out there who suffer in silence and one must reach out to them. There is an urgent need to reach up to them and tell them, ‘You are not alone’.”

One key learning she wants everyone to keep in mind is, “Keep surprising life. Don’t just take it lying down. Keep walking ahead. Come what may. Don’t stop. Don’t stagnate.”

We cheer on Gitanjali Banerjee and wish her the best for her efforts. She has taken up an issue which isn’t talked about enough and needs more such initiatives to break the silence and offer support.

View All
Everything You Need To Know About Workplace Sexual Harassment And POSH Act
मेंस्ट्रुअल कप या क्लॉथ पैड क्या बेहतर है और कैसे इस्तेमाल करें?
Why Do Indian Women Miss To Pick Up Breast Cancer Early - Dr. Sharat Chandra Goteti Explains
How To Become A Data Scientist In India
Divorce Rights For Married Women In India - Legal Rights 101 With YourInstaLawyer
No More Guilt: Exploring The Ways In Which You Can Shed Mother's Guilt
FeministSocial Issues

Am I Only My Womb? The Stigma Of Infertility

The stigma of infertility is still strong in most parts of India - and most often, it is women who bear the brunt of it. The stigma of infertility is still strong in most parts of India – and most often, it is women who bear the brunt of it.

She lay on a charpoy, a thin sheet covering her from head to toe. The hot April day, and the warm afternoon breeze made the sleepy village seem like a ghost town. Raja ka Tal is a small farming village in district Firozabad. It is here that I first met Poonam in a health camp.

“Bibiji, bachcha nahi ho raha he. Dawayee dijiye” (I am not able to have a baby. Give me medicine), she said. The treatment of Poonam’s primary infertility was beyond the scope of the mobile camp and the tiny village Raja ka Tal. She was handed over a referral slip for a check-up at Firozabad’s government hospital. She nodded faintly. I saw a tear roll down her eye when she left the camp.

As many couples find themselves having difficulty with conceiving a child, infertility is a problem that needs to be talked about more

Infertility has been defined by the World Health Organization (WHO) as a “failure to achieve a clinical pregnancy after a year or more of regular unprotected sexual intercourse.”

While that is the technical definition, what it doesn’t reveal is the sadness, the self-doubt and the toll on relationships that infertility often brings along.

As many couples find themselves having difficulty with conceiving a child, infertility is a problem that needs to be talked about more – so that people can get the help they need, rather than focus on assigning blame. Women, especially, tend to blame themselves, given that they internalize social norms where women are held most responsible for conception.