Debasmita Dasgupta’s Beautiful Doodles Are “Bringing Fathers Into The Conversation”

Illustrator Debasmita Dasgupta celebrates the father daughter relationship using her vibrant doodles. Here's a conversation with her on why chose to celebrate this bond. 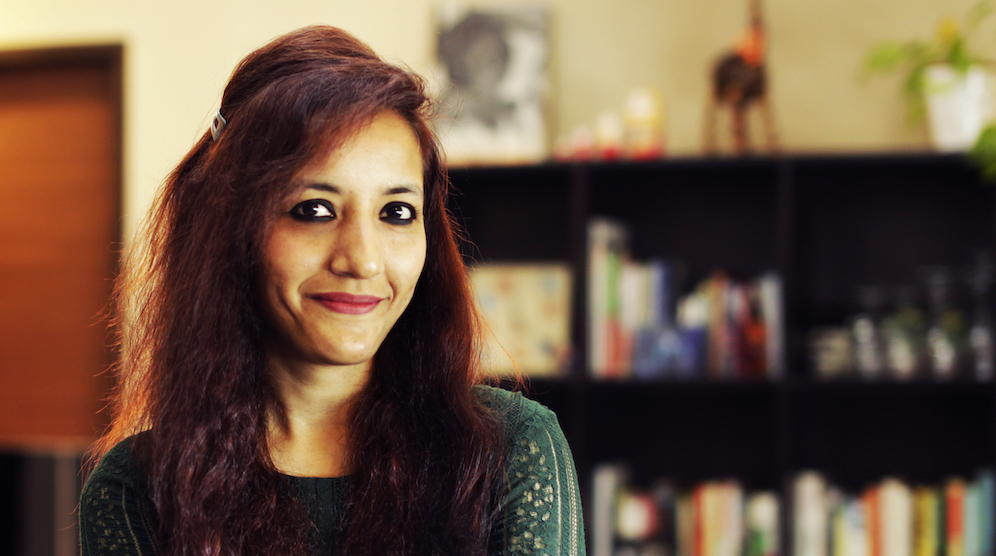 Illustrator Debasmita Dasgupta celebrates the father daughter relationship using her vibrant doodles. Here’s a conversation with her on why chose to celebrate this bond.

A full-time illustrator, working for different social causes, Debasmita Dasgupta is the genius behind My Father Illustrations, this vibrant series of illustrations showcasing the special bonds between real life fathers and daughters. Hailing from Kolkata, she has lived across India and now stays in Singapore working as a freelance illustrator, besides running My Father Illustrations. She has worked with various non-profit organisations and often partners with companies to support social campaigns with her doodles. She has also been featured as an ambassador of the global campaign, The Girl Rising.

In this conversation with me, Debasmita Dasgupta shares why she believes fathers are so critical to the cause of the girl child, and why her art, though ‘simple’ has great power. (You can also visit her blog here).

“Bringing fathers into the conversation”

As we began the conversation about her motivations behind this project, I could see how passionate she was about her work. Debasmita has had the opportunity to work all over India since she worked in the field of development communications and saw that women’s issues are usually discussed in an all women environment. “Men are absent”, she says and feels that this needs to change.

In a practical approach towards the patriarchal structure of our society, she is aware that men are the decision makers and that it is essential for them to be a part of this discourse. This also made her realise that there were many fathers out there who want to actually help their daughters and all they need is just a bit of encouragement, that not every male was a “stereotyped perpetrator of violence”.

All she wanted to do therefore was “bring fathers into the conversation” and that would mark the beginning of a positive social change. All of this she says, was always brewing inside her but the trigger which led to the formation of this project was a TED Talk by an afghan woman, Shabana Basij, whose father supported her and helped her get education at a time when girls were not allowed to study. She now has a school for other such women in Afghanistan and teaches them. This, Debasmita says, made her thoughts condense into the project which became My Father Illustrations. “I wanted to do it in an easily digestible fashion”

As we continue, I get to know that she has always loved doodling, whether it was in the classroom at the back of the notebook or on a much bigger scale as My Father Illustrations. These doodles are “child centric” and have “vibrant colours”, which I believe, attract people to click on them and read. She says that all the major women’s issues can be solved if all fathers have a better relationship with their daughters.

On a spectrum of all the problems that women face, Debasmita is working at a simpler but an extremely effective level. Her reasons for not talking directly about other large-scale issues is that when one talks about a basic problem, the viewer can relate to it and help solve it. However, if one talk directly about bigger issues the viewer becomes distant and thus the effect on them is quite obviously lower than the former. Thus, the use of doodles in celebrating this basic relationship is what makes these illustrations so much more than just illustrations. She also emphasises that even though those doodles look fun, they take a lot of hard work and sometimes it is tough to formulate illustrations according to the stories they belong to. The aim to personalise but still keep them general is important.

“Encourage all the fathers in the world to support their daughters”

When I asked about her aim for this project, she simply said it was to “encourage all the fathers in the world to support their daughters”. She elaborates by narrating an anecdote about a father who had 3 daughters, who wanted an education, employment and a better life for them – however, most of the girls in that area were married off early. Due to societal pressures he did not have the confidence to support his daughters and make them independent. But when Debasmita narrated to him the stories of fathers supporting their daughters, he was inspired and followed his heart. This, she says, is what the purpose behind My Father Illustrations is. She wants to reach out to as many fathers and daughters possible and help them grow. As I asked her how her journey has progressed from when she began, she fondly says that it occurred when she started getting messages from other fathers and daughters on Facebook who wanted to share their stories with her. She remembers that once a lady shared with her the story about her abusive marriage and how her father helped her get out of it. What struck her most about it was that this lady had never shared this story with anyone but her. “The foundation of my creative being is because of him”

When I asked Debasmita how she would describe herself in two words, she replied, first creative and second happy. According to her, “there is no point brooding” and that “if our inner peace is not disturbed by people, we can be happy”. To her, being happy is the most important thing (and I have no doubt, her creativity).

Other than doodling, Debasmita enjoys reading picture books and admits to having a huge collection. She is also a cinema enthusiast and enjoys emotional, inspiring world cinema. Her father is a theatre director and she fondly remembers going to rehearsals with him. She states that “the foundation of my creative being is because of my father”. Considering that she has worked so much for social causes, I was bound to ask about her views on feminism; according to her feminism is “equal opportunities for both”. She abhors the concept of putting down men and believes that feminism is celebrating the good parts of both sexes and not putting down one to get the other up.

As for the future, a video series and an anthology of her works are in the making. She says that while she has been approached by many publishers, she has delayed it because she would like the work to go beyond being a collection of illustrations.

Debasmita’s work has inspired me and many others, and brought smiles to many of our faces. Her’s wishing that her dreams for the future come true!