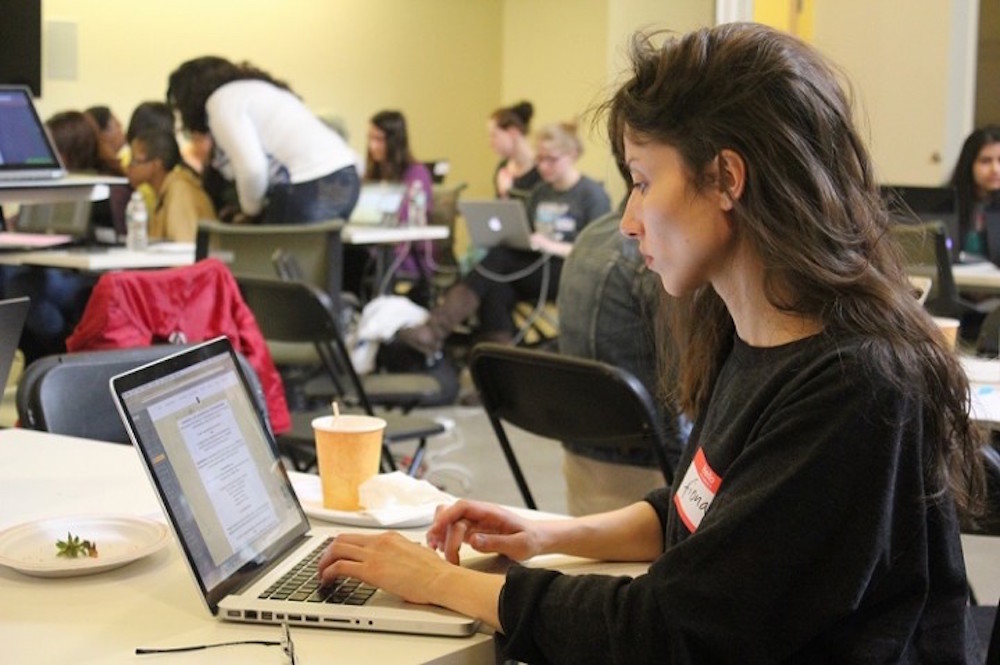 Women in technology (and the girls in tech they begin as) still face so many challenges. Here are 7 organisations aiming to change that and get women to their rightful place in the tech industries.

Women have made tons of progress. But we still have a small percentage of the top jobs in any industry, in any nation in the world. I think that’s partly because from a very young age, we encourage our boys to lead and we call our girls bossy. – Sheryl Sandberg

Women are still massively under-represented in the tech world – and the problem is likely to get worse rather than better. According to a study conducted in 2015, the number of women in computing jobs has actually fallen by nearly 10% since 1990. Women that do pursue a career in a science or technology-related field may go on to encounter various forms of bias, research has found.

Here I take a look at 7 amazing organisations and communities around the world that support women and girls in tech.

Anita Borg Institute for Women in Computing and Technology

Anita Borg Institute (ABI) seeks to help women in computing reach their career goals by providing them with opportunities to learn, network with other women and gain inspiration. Originally foundedas the Institute for Women in Technology by Dr Anita Borg ( in 1994 ), ABI was subsequently renamed after her. The website has a lot of useful resources for women in tech as well as for companies that are interested in building a more diverse workplace. It also gives organisations tips for recruiting and retaining women technologists. ABI’s flagship event, the Grace Hopper Celebration of Women in Computing, is the world’s largest technical conference for women in computing and serves both as a learning forum and a place for leading tech companies to hire more women.

In fact every year, the Grace Hopper Conference is also held in Bangalore, India.

Women 2.0 is a global network and social platform for aspiring and current female founders of technology ventures. Founded by Shaherose Charania, Angie Chang, and Shivani Sopory, the group organizes workshops and events aimed at helping women entrepreneurs, particularly those with a technology-based product or service.

The National Center for Women & Information Technology (NCWIT) is a national non-profit organisation that works to increase the participation of women and girls in computing. It runs various programs and campaigns which supports girls from high school to college as well as women belonging to any career stage. The Annual NCWIT Summit includes various workshops and tech talks related to topics of women in computing for people from academics, startups, and corporate. Currently, the NCWIT works primarily in the US.

With a membership of over more than 50,000 women worldwide, this global non-profit provides several leadership and learning opportunities to their community of tech professionals.It also focuses on an environment of mentorship and networking by organising technical study groups,hosting tech talks and connecting the community to tech experts.

In India, WWC has active chapters in Delhi, Pune, Bangalore and Ahmedabad.

Initially started as a  networking e-mail system, Women in Technology International (WITI)  has grown to a global organization that supports women in technology and business. Its various programs and partnerships are focused around recruiting and retaining tech-savvy women in several professional organizations.

In India WITI has an active chapter. Have a look here.

Girls in Tech is a global non-profit with more than 50 chapters worldwide focusing on education and empowerment of girls.They organise events such as Hackathons, BootCamp, Conferences and also run programs like X-change, Global Classroom and others. More details can be found here.

In India, Girls in Tech is headquartered in Hyderabad. Check out their past activities here.

One can also join Google Developer Groups and their Women Techmakers Program. A GDG is for anyone interested in Google’s developing technologies and various other technical content. A GDG is a sort of gathering where interested people come together for activities like tech talk, hackathons etc. GDGs are active in several cities of India like Bangalore, Ahmedabad, Gandhinagar, Pune, and Coimbatore. 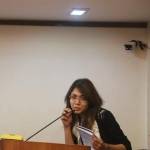 I am a 20ish something girl with a knack for debates & public speaking; academically pursuing

Women In IT – Why Are There So Few Of Us, And When Will We Be The Norm?