Author and script writer Paulami DuttaGupta's recent novel, Onaatah: Of The Earth raises tough questions about how we treat survivors of rape. Author and script writer Paulami DuttaGupta’s recent novel, Onaatah: Of The Earth raises tough questions about how we treat survivors of rape. The author shares her own story with us.

Born in the serene beauty of Shillong, Paulami DuttaGupta started her career with All India Radio Shillong, before writing for publications such as The Times of India and The Shillong Times.

Television had always attracted Paulami and she was connected to the Bangla TV industry for about six years. However it was the world of literature that truly caught her attention, as she left her day job in 2012 and took up full time writing, with her first novel Pinjar releasing in early 2012. With the recent release of her new novel, Onaatah:Of the Earth, adapted from the Khasi film of the same name, for which she wrote the screenplay, I got into a chat with the budding author who has raised pertinent questions through her body of work.

Describing her foray into the writing world, she said that she took to writing as she was bored with her job in television. “It started with writing fan fiction and initially I would keep the stories in some hidden folder of my laptop. A couple of friends nudged me to share these stories on social media and then things began to change. People would read and comment and ask me to write more. So I would wake up early morning, finish all my data reports while I took the one hour commute to work and write for the rest of the day.” She credits her bosses at the TV channel for their support, which eventually helped her to write her first book.

When the muse and the deadline come together

Other than writing novels, Paulami has also dabbled in scriptwriting with National Award winning Khasi films like Ri: Homeland of Uncertainty and Onaatah: Of the Earth. Describing the difference between a scriptwriter and author she said, “I have always found script writing difficult and methodical. There is more space and freedom in writing a novel or short story. For a film to be written one has to take into account the methods of narration, the protagonist needs to be given more screen space, the duration of the movie needs to be kept in mind and transitions need to be kept in mind. The technical aspects etc are also to be taken into consideration. Also, a film is hundred per cent teamwork. The life of an author is an opportunity to seek solitude and write. A short story or novel gives me more space and time to develop characters and narrate the story as I desire.”

However, she adds that cinema is her favorite mode of expression, while books give her a chance to flesh out her stories. 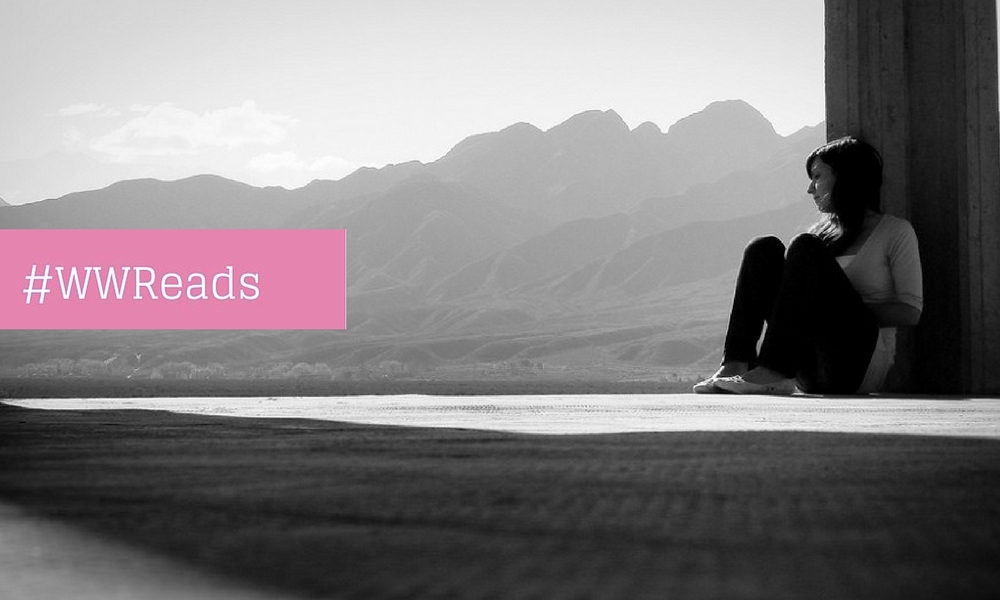 Talking about her writing process, she confesses that even though it is highly undisciplined, she does do a lot of research and scribbling before actually getting down to the process of writing. She explains, “I have erratic writing schedules and one day I could be writing fifty words and on another a five thousand plus. Two things matter, the Muse and the deadline. When both stop nudging, I watch movies or waste my time on social media.”

Paulami’s recent release, Onaatah: Of the Earth, questions the rape culture persisting in our society, where victim shaming is the accepted norm.

The novel was adapted from the Khasi film of the same name, which was awarded the Best Khasi film at the 63rd National Film Awards. Talking about the story of Onaatah, Paulami credits Pradip Kurbah, director of Onaatah, for sharing the idea with her, just after their previous film, Ri had won the National Award. “There were no second thoughts on my part. He had met many victims over a period of time and felt it was absolutely necessary for us to share their story. Almost all of them had one question. The court had given them justice, but what about acceptance in society?”

It was this central idea that spurred her to develop the story and then the screenplay, while most of the supporting characters were reflection of their everyday surroundings. 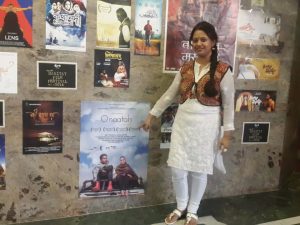 Paulami highlights how difficult it was for her to write the story without being too preachy or taking the higher ground. “There’s a lot Onaatah had to tell us and there were voiceovers in the movie and monologues in the book. Writing those parts were the most challenging and I doubted every line that I was writing. It was not just about not being preachy. It was also about not falling into the patriarchal trap and victim shaming. And then there is a lot of anger within that needed to be channelized. I did not want to write a story that would look like shallow sloganeering. Also, with Onaatah we raise some questions about class polarization when it comes to sexual violence and it was important to not have a patronizing attitude towards my own characters.” With some thirty plus drafts for the screenplay, it was easy for her to approach the book with a clearer mind.

Writing a story on an issue as sensitive as sexual assault is never easy and Paulami’s experience was not any different. The writer found it difficult to sketch Onaatah’s character, but knew that it was the character that had chosen her to write the story. “There were victims – of various levels of assault at various stages of life and they were like the voices in my head making me write.”

The story of Onaatah is by and large a scathing reflection of the society that has failed the victim in helping her become a survivor after the harrowing experience. Victim shaming, by putting the entire blame of the assault on the woman, is nothing new for most people as larger sections of the society still connect rape with honour and not physical assault. While talking about the role that society plays in the rehabilitation of sexual assault survivors, Paulami says, “Individuals and society in general needs to understand that anger or outrage or even placards do not get justice for the victim. We forget the victim – even if she has got a judgment in her favour, the road ahead is often stormy. I personally feel not just the victims and survivors, the society at large needs counseling about their role in rehabilitating victims of sexual assault.”

Elucidating on the larger role of society, she said that, “While we need to sensitize and counsel the perpetrators, we must also remember that the education could begin much earlier, in their homes or schools. However, we must see that the legal process is sanitized of loopholes. We cannot let a violent man get away because he is underage by just a few months. If we let juveniles get away we must see that they are counseled adequately.” Paulami further adds that literature, theatre, and cinema, too have a role to play in sensitizing people and changing their mindset.

A message of hope and courage

To women who have suffered a similar fate as Onaatah, she says, “Whatever society might tell you, it is never your fault and it is never about honour. Never. The rapist wants control and deciding to throw away an entire life because of one incident is giving him a life of control.  Sexual violence has become a question of peace and safety of every woman and needs to be tackled and called out. And women need to join the movement. We cannot just leave it to the legal system, activism and policing.”

Piyusha Vir is a writer, artist, a CELTA-certified English Language trainer, and a Creative Writing Coach. She was awarded the Top 5 position in read more... 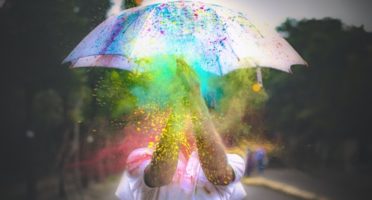 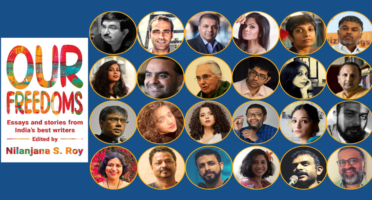 When 24 Of India's Best Writers Speak Up About Our Freedoms

View All
No More Guilt: Exploring The Ways In Which You Can Shed Mother's Guilt
Steps To Landing Your First Writing Job - Want To Be A Content Writer?
What Are The Essentials Of Being A Good Content Writer?
Women At VMware - Meet Ipsita, Inside Sales Representative At VMware India
Women of VMware - Meet Afifa Hasan, Enterprise Sales Account Manager for VMware India
Women Of VMware - Veena Chandrashekar, Director, Inside Sales Practice
BooksRead

Louisiana Catch by Sweta Srivastava Vikram is a book about the Indian diaspora with a difference - focusing on the protagonist instead of the usual 'immigrant experience'.

Louisiana Catch by Sweta Srivastava Vikram is a book about the Indian diaspora with a difference – focusing on the protagonist instead of the usual ‘immigrant experience’.

“You never asked to be raped. Biology works differently. So what if your body responded; your mind didn’t! He violated you…”

“She reads books as one would breathe air, to fill up and live.” – Annie Dillard