The Indian Navy All Women Crew Sails Into Mauritius, Inspiring Women To Take Up Unconventional Jobs

The Indian Navy's all women crew successfully touched Mauritius. Read to know why an increasing number of women are taking up 'unconventional jobs.' 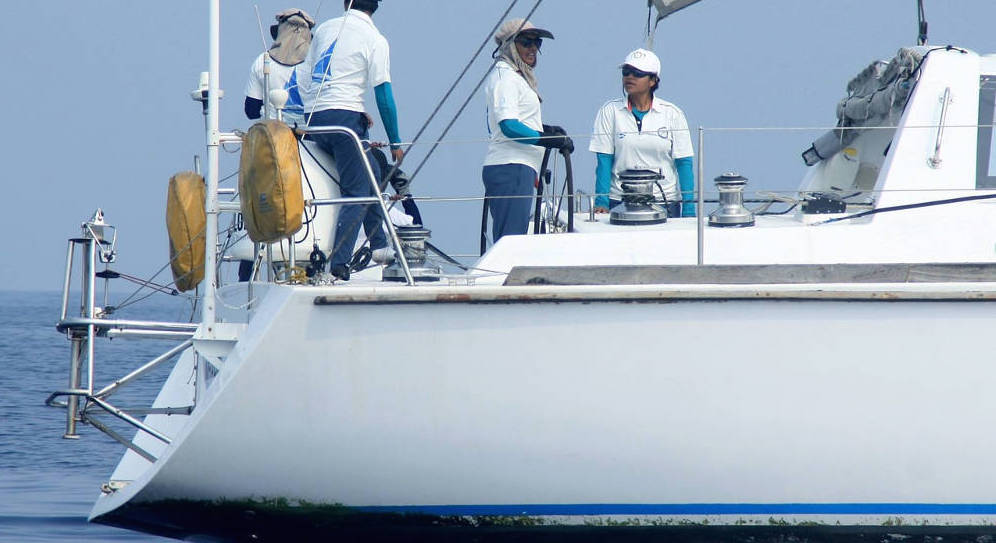 The Indian Navy all women crew successfully touched  Mauritius. Read to know why an increasing number of women are taking up ‘unconventional jobs.’

Indian women are on a winning spree. They are breaking barriers, sealing chauvinistic mouths, enjoying freedom and chartering their own destiny. They are no longer identified by their traditional roles of tending to elders and children. They have broadened their horizons and are touching the skies.

India has been witness to two great historic events in the last month. The first ever selection of women fighter pilots in the Air Force followed by the current news of the naval all-women crew sailing into Mauritius is making waves around the country.

They are geared up to circumnavigate the globe in 2017. According to them, the rigorous training they had to go through helped them in not succumbing to hardships and emerging triumphant at the end. They have also been successful in busting the myth that women are weak and not suited for jobs that require themselves to strain too much.

No profession is out of reach

Gone are the days when teaching, cooking and nursing were the ‘ideal’ professions for women. While returning from a relative’s place last week, I saw a huge number of women driving cabs exclusively reserved for women. The sight was a pleasing one. On another occasion, it was heart warming to see a few Delhi metro trains driven solely by women.

A recent spurt in women entrepreneurs highlights the advancement and progress that the Indian society has seen since the onset of 21st century. From becoming security guards to pilots, women have come a long way and have become an important visible section of the society.

Are we headed towards a professional revolution?

A plethora of reasons are cited by women that motivate them to enter these fields. Some believe that women have some inherent strengths that can be used to enable a positive shift in mindsets and help them carve out their niche in fields of their choice. There is a group of women against the whole concept of male-dominated professions as according to them, the domination of males in a profession stems from the fact that enough opportunities were not created for women to make their space.

Whatever the reasons be, India is appreciating and celebrating its women like never before and wishes to do so in the future too.