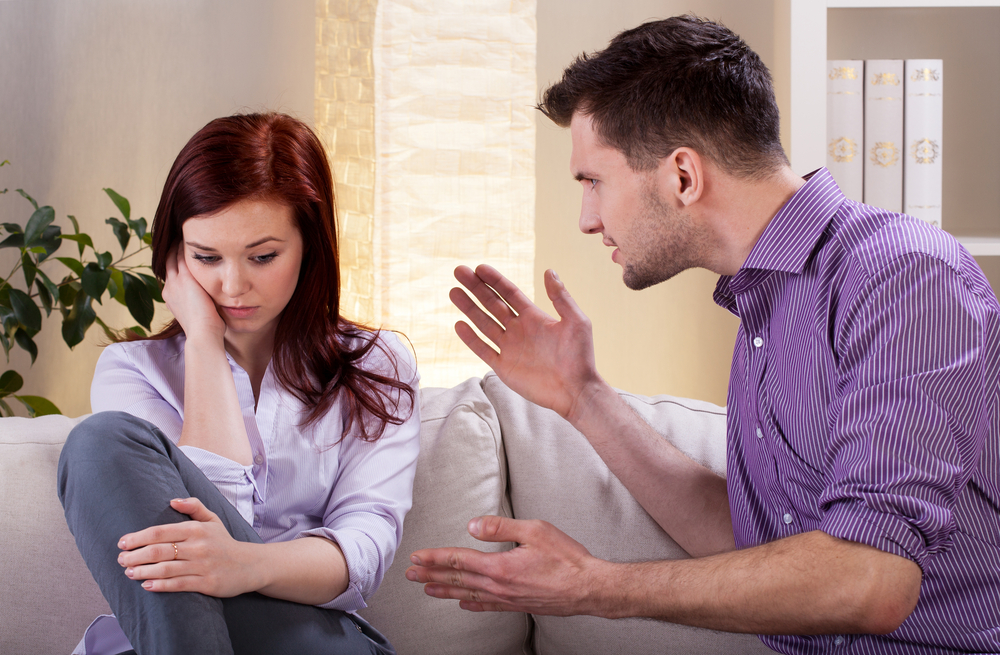 I love my boyfriend. But he is extremely possessive and I’m afraid of him. Should I still take the step towards marriage?

I am in a relationship. We are together for about 7 yrs now. And I want to know whether or not to continue the relationship to take it to the next level of marriage.

You must be wondering why after 7 years I am asking this. My boyfriend is, I don’t know what to call it – possessive, insecure or god knows what. In the first year, he was just like a normal boyfriend, not like this. He asked me to inform him whenever I am going somewhere. Then some more time passed and he told me he didn’t want me to talk to any boys. When I argued and said it’s not possible, he stayed upset, so I finally gave in.

That was just the beginning. After that, whenever I broke his rule, he enforced more rules on me. He didn’t let me go to public gatherings of any type (at times he allowed me but with so many rules n regulations). Not even to family functions. His reason – many types of people come there especially males. Whenever I went out, I had to seek his permission. I had to tell him what conveyance I am taking, and if its a bus or auto, how crowded it is, who is next to me etc.

I will not lie– I used to tell him as he asked but it always created problems. So I started hiding and manipulating the truth. But it doesn’t work every time. I am a teacher. He lets me work but if I fulfill the conditions set by him. But with his conditions, I could not stay in any job and have changed 3 jobs so far.(He had issues like I could not be at the same place as male colleagues, even for staff meetings!)

I am not allowed to join FB or put pics on whatsapp. He says there is one condition to be followed if I want to be with him, that I have to follow whatever he says. I wasn’t able to leave him so i agreed. But its becoming harder and harder. My family is getting affected to. They are not happy with me and neither am I. He is angry with my sister because she refused to talk to him when he wanted to cross-check with her about something.

I love him. But this attitude creates problems every day. And I am afraid what I will do after marriage. What if his conditions are not met by me someday? Maybe he’ll leave me after marriage as he keeps saying. Or we may reach a point where we can’t live together. Even I gave up my career because of of his conditions. So I’m not independent. I’ll not be able to return to my parents as it will be a love marriage.

Please guide me. I have tried to talk to him many times but he doesn’t understand.

Dear one, Thanks for sharing your issue with us. Actually, you yourself have answered your dilemma in the first line which you have written – whether to continue relation with him or not.

Listen to your heart as well as head here. Try to think logically. Your parents obviously do not like the boy as you said. He was “normal” as you mentioned, in the beginning. From what you have shared, it seems that he is suffering from the malaise which many males of his ilk suffer from – MCP ( Male Chauvinist Pig). Please do not give way to more of his sadistic pleasures at the cost of making personal sacrifices for him – most of which have been issueless and baseless, you will agree.

As you said yourself, that you are a teacher. Then please be guided by the reason. Your relationship with him over the years is deteriorating. Over the years he has become more demanding and more mean too in the bargain as you tend to give in. Arguing with such people is useless and leads to more quarrels and arguments. Obviously someone has to show him the mirror for harboring such mean thoughts in his bosom in this modern day era where women are working with men shoulder to shoulder, he does not want you to be present even in the staff meetings where men are present.

Needless to say, your relationship with him is going from bad to worse. There is no way you can pull on with him for a life long relationship. My advice to you would be to run in the opposite direction as fast as you can. Have the guts to say “No” now. He has trampled your dignity for far too long. Please come out of his emotional captivity. You are fortunate that your family is there with you. Do not let him play with their dignity too. You will never be able to stay happy with this man.

Please move out of the relationship asap. Yes, there will be times when you will be doubting your decision, future may seem bleak and uncertain. So be in touch with a counselor for that elusive assertiveness which you so much need to possess, especially at this stage.

I don’t want a child just now, but am feeling pressurized because of expectations by my family. What do I do?

Whenever I hear about any of my friend/relative getting pregnant, first thing I ask them is how did you make up your mind because I don’t feel like I should have a child. I feel tensed on thinking about facing all questions about not having child.

Sometimes I feel like what if I regret after my 40s. Today, I am very sure that I want to be child free and I don’t see any harm in being so. If after feeling so still I plan for baby, won’t I do injustice to that child? Is there any harm/selfishness in living child-less life? I don’t get jealous of people getting pregnant, I just think that I am happy this way.

It’s getting difficult for me to choose between expectations of my family/society and my own thoughts. My husband and I have same thoughts on this, but as I am a woman I am at the receiving end. All questions are for just for me. Please help me make up a strong decision about this.

Thanks for sharing your thoughts with us.

It’s perfectly fine to feel as you are feeling right now. Nothing wrong in not feeling like having a child. Many couples in your stage are also going through this dilemma. But yes, I agree, as a woman, you are at the receiving end.

So what you must do is to remain calm and positive despite all provocations from either side of the family. Make it as a rule between you and your husband that if somebody from your side says anything to him, he should tell them that its your decision.

And if his folks pester you then please coolly say that ask him as it is chiefly his decision and not yours. This way you will not be seen as the villain of the piece by them. And he must answer the question very firmly when put to him that at this stage he does not want to have a child as he is trying to concentrate on his career. And obviously, having a child will mean diversion of some sorts!

Similarly, you also should be ready with your answers as and when the need arises. Remain polite but firm at all times.

Have a question that you would like to run by an expert and get an opinion? Use this form to ask!

You can also get in touch with experts and schedule support sessions at Healtheminds.

What's Your Advice? How Much Distance In Relationships Do We Need? [#ReachOutThursday]

I Misunderstood My Husband's Actions And Bad-Mouthed Him [#ReachOutThursday]

How Do You Help Yourself When You Feel Depression And Anxiety? [#ReachOutThursday]

When You're Married For Long, But Need To Take That Life Altering Decision [#ReachOutThursday]