Gather Your Courage And Take That Leap Of Faith. It Is The Best Thing You’ll Do For Yourself

Courage is not a mere lack of fear. It is the ability to do the right thing in the face of fear. Courageous action always takes you in the right direction. 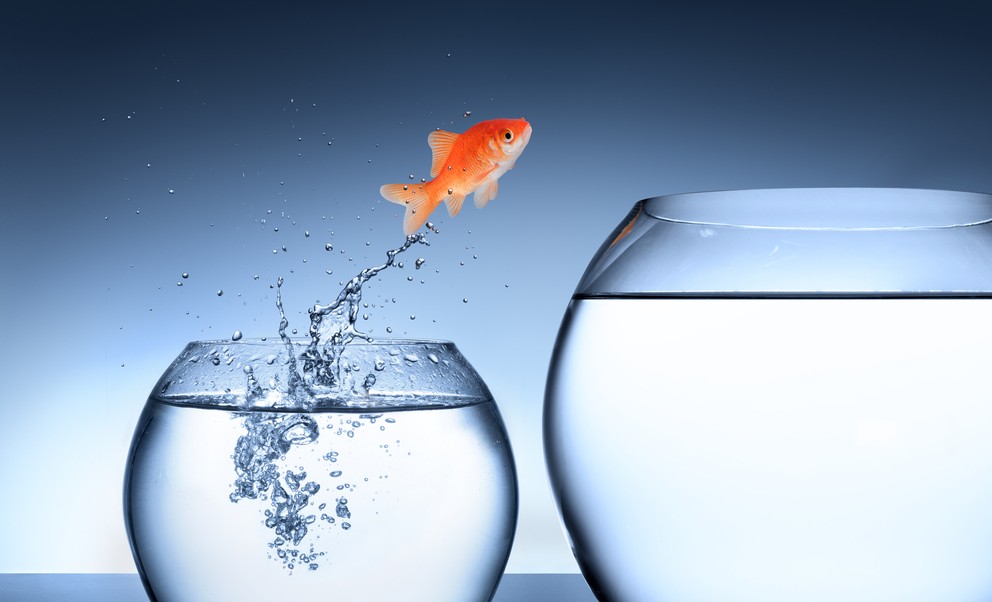 Courage is not a mere lack of fear. It is the ability to do the right thing in the face of fear. Courageous action always takes you in the right direction.

Can you think of anything of significance that did not emanate from some sort of courageous decision? Chances are, no!

Contrary to popular belief, courage is not a quality you are or are not born with. It is something that can be cultivated and honed, by repeatedly making bold decisions; either consciously or sub-consciously. Acquiring courage doesn’t necessarily entail doing something dramatic or astoundingly heroic either. It is nothing but overcoming physical and psychological barriers on a daily basis to accomplish myriad goals.

If you reflect on the changes that we have experienced in the last few years and trace them back to their initial decision, you would notice one common thread – courage. Though it is simpler for me to notice and say this right now, years back when I made the decisions that I did, I didn’t know they were an exhibition of sheer courage.

I started my career as a teller in an MNC Bank. Undoubtedly, I loved my job and my place of work. But for how long can a curious mind keep counting heaps of cash day in and day out? There came a day when I was truly bored and depressed with my job. Learning had taken a strong beating and there was no excitement that I could boast of. But in those days, times were different. One couldn’t walk up to the manager and request for a job transfer. British banks were known to be very strict and every spoken word was taken very seriously.

I was in a fix. I had begun to hate my work routine, but I loved my company. I decided it was time to take action. I walked up to my Human Resources manager to request for an appointment. Turns out that I somehow gathered the wherewithal to speak my mind! I knew it was now or never; and I also knew that I could not go on in my current position for too long. I decided that it was better to take a chance than give up the job for nothing. And it worked!

In two months I was transferred to a flagship branch of the Bank to handle Customer Services, and from that day onwards there was no looking back. In fact, for me that decision became the launch-pad of a glorious corporate career.

Courage never disappoints! This is a mantra that does the rounds in my head repeatedly, especially when I feel I am stuck and need to act. But is it so easy to gather courage? And what is courage really? For me, it is the mental and emotional preparedness and ability to deal with difficult, challenging, and sometimes seemingly impossible and dreadful circumstances. It is the capability to confront fear, pain, uncertainty, pressure, and many other threats. It is simply about acting on what we want to do, regardless of our fears. It is the choice to let go of worries and pursue our dreams.

It is never easy! Sometimes I have tried to run away from issues which I thought I could not face and would never be able to handle. Over a period of time I overcame that fear by continuously asking myself, “How bad can it get? It can’t be worse than it already is!” That may sound like negative self-talk, but it worked for me because it helped me face my fears and overcome them. There is no other joy in this world than a face to face with your own fears. And when you overcome them, the word ‘triumph’ holds new meaning.

I took up the challenge of overpowering my inhibitions step by step by following these.

This was the part that was the toughest. Acknowledging actually made me win half the battle. Acknowledging the fact that I am scared and that it is okay to be scared. Even the most courageous people experience fear and anxiety.

Even though I was always an extrovert, I had tremendous stage fright, and I still do. The only difference now is that I am the only person who truly knows that I still suffer from stage fright, because to the world I come across as the most confident person on stage. Ask anyone who has to venture out into battle, onto a stage, in a meeting. Very few would deny feeling trepidation and uncertainty beforehand.

Knowing what you want

At the end of the day it all boils down to choice. Courage is about choice. If you need to act courageously, you need to know what you want and what the right choice is according to you. It is imperative to be clear about your dream and what success means to you.

Like in my example, I was ready to give up my job if my employer denied me a transfer. Would that be a stupid thing to do? Maybe yes, maybe no. But the important point is that at that time it was the most courageous decision I took, which helped me take action and served me in good stead.

Putting an end to worries and mustering willingness

Some may say – easier said than done. Perhaps! But it is worth it. Worrying never solved anyone’s problems. Once worries are shed, willingness starts taking shape. It is a slow process. Remember that worrying is the wrong use of the imagination and it is only thinking about all bad possibilities.

On the other hand, courage is thinking about all the great possibilities. You need to have a strong desire before you can acquire any habit or do something that is an act of courage. Willingness stems from desire to achieve and succeed.

To make an informed decision it is essential to get the facts in order. Not only does it put your heart and mind at rest, but it gives you a feeling of being better prepared.

When I made up my mind to speak to my HR manager, I did some research on him by finding out about him discreetly. I gathered that he was very open to ideas, and that helped me muster willingness and courage to go up to him and speak my mind. Extra knowledge never hurts, in fact it always inspires.

Stepping out of your comfort zone and acting as per your decision can be a daunting task. But wouldn’t the whole exercise be futile if you don’t act? There is no substitute for this step. Once you know what you want and have thought of all the possibilities, the next step is the first step – ACT! It may be scary but do it anyway. These small first steps will soon form the foundation of courage that will last a lifetime.

I had heard somewhere that a courageous mind-set is the product of faith, self-confidence and positive thinking. But, we are only human after all! Even after knowing all of this, there are times when courage takes a back seat and fear becomes the driver. During those times I remind myself of my favourite Don Quixote quote –

“One man scorned and covered with scars still strove with his last ounce of courage to reach the unreachable stars; and the world was better for this.” 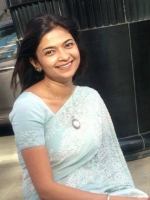 Emotional to the core, travel freak, relentless optimist, a drama queen who was born to express - that's how the transition from being a Banker to a Writer occurred. After a 16 year long corporate read more...