Think Indian married men have it lucky and that the women need emancipation? Think again. 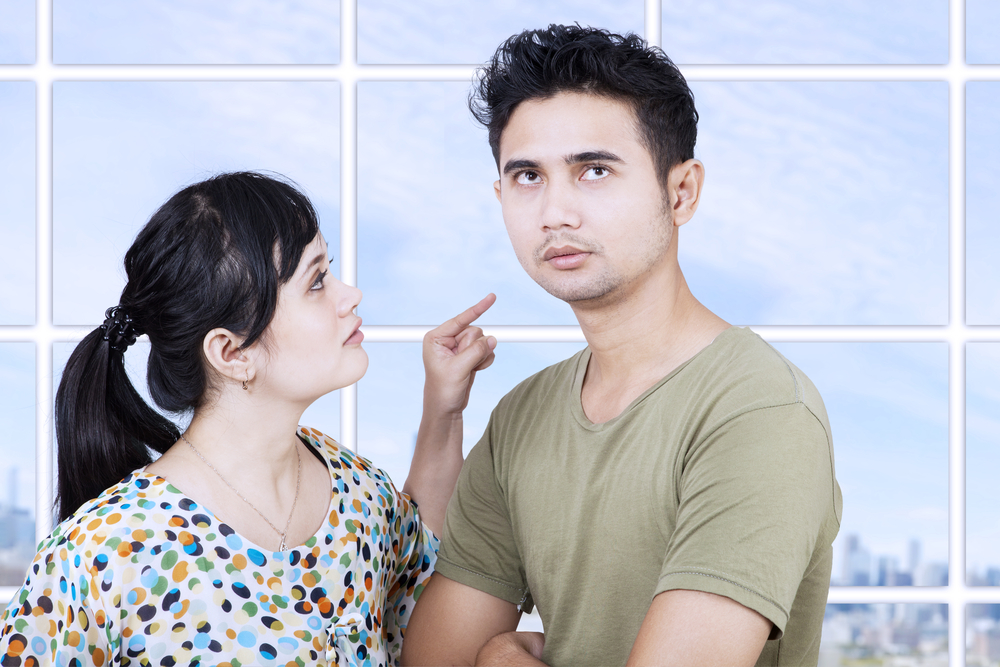 Think Indian married men have it lucky and that only the women need emancipation? Here’s a different look at emancipation!

Disclaimer: I am not trying to prove any point here for Indian Married Men of today (IMM), only that we the Indian married women (IMW) need to be less judgmental towards IMM. IMM are after all another species and are different in doing things. Most of all, they are pretty lonely and confused in the ever changing territory of India.

No status development in the last 100 years

Compared to Indian married women (IMW),  Indian married men (IMM)  have achieved nothing in last 100 years. IMW were burned as satis, married off as children, burdened with the birth of children every alternate years, stopped from getting educated, and banned from going out of their homes.

In contrast, IMW are going strong in every aspect of their lives. They have entered the sacrosanct ‘men only’ areas of profession (read offices, laboratories, factories, police stations, court rooms, pilots cabins, etc.) They are entering within the bars and discos to enjoy the hard work they are putting in. IMM on the other hand are still going to work like their grandfathers with a lunchbox in their hands and working hard to remain just a bread winner. They are still struggling to enter into 2 domains, which is IMW specialty for generations – that is the Indian home kitchens and raising kids! They cannot get leave from work even when they get their precious babies!

Unlike Indian married women, Indian married men are still going to work like their grandfathers with a lunchbox in their hands and working hard to remain just a bread winner. They cannot get leave from work even when they get their precious babies!

IMW have worked as a team for 3 generations, and grand mothers and mothers have given all their wisdom to their daughters regarding “man kind.” They have made them fit to fight for whatever may come. Fathers try to support their daughters in education to make them financially independent.  IMW have understood that it is not necessary to work tirelessly with 10 invisible hands like their mother’s generations. They now invest in getting help from other women or men instead as maids, nanny, cooks or men as a drivers, gardeners, grocers, etc. IMM, if you see, don’t have any support team at all. They are supposed to know the finances even if they are bad in counting. Father-son relationship in India is skewed, fathers never reveal any of their wisdom regarding women to their sons. They actually stop talking with each other from a pretty early state and boys are left to their moms to be raised.  IMM are thrown into life without any wisdom from previous generations of men. They end up inventing the wheel all over again.

IMM raised by previous generations of women are fed with all the emotional quotient of the mother-son equation. Each extra egg that they got to eat over their sisters has big return costs. They come to know about this much later.The mothers’ sacrificial love to their sons numb the logical thinking of IMM when it comes to discussing any matter with their mothers.

Raised by god fearing and kitchen loving mothers, when Indian men see a free thinking woman of today, they feel awed and liberated. They want to marry them immediately. None of his peers or seniors tells him the hidden cost of marrying a modern ambitious woman.  She is not a goddess or a slave like before but a human who demands equality to the extent of sharing the pain of child birth too. It is only after marriage that the IMM experiences the conflict between old and new versions of the software called mother and wife in his life. The attractive buddy before marriage suddenly turns into a sour face if he favours his mother in any choices related to home and family.

Just after marriage, the IMM realises that all the emotional bonding of his mother since his childhood demands a big cost of favouring the mother other than the wife. If he fails to do that, he is doomed by his mother and the society. Indian television channels showcase these issues in mega serials and how the IMM remains a mama’s boy all his life.

He did not know either that the high degree, qualifications, full time high paying job and those manicured hands of the woman who allured him before marriage comes with a cost trail of maids, cooks and others whom his mother never felt the need of. He does not know how to take his wife to the disco after marriage, where they used to meet before marriage under the nose of his temple going mother. IMM gets confused by the change in specifications of upgraded new woman of today. The only similarity of both is that they use tears before they hang.

In this advanced era of Internet and technology and there are several communities formed by the women, for the women and from the women of India, (womensweb, sheroes, relauncher, jobs for her, India today women) but there is not a single site dedicated to the IMM and their personal issues. No one speaks about them in India, they are the most ignored lot. IMM is perceived only to know about politics, sports, and gadgets and they are forced to read nothing more than that. Their fathers had similar problems when women came out with several printed magazines for each region and men had to read only India Today!

There is not a single site dedicated to the IMM and their personal issues. No one speaks about them in India, they are the most ignored lot. IMM is perceived only to know about politics, sports, and gadgets and they are forced to read nothing more than that.

No mentor or peer to talk personal issues

Have you ever heard of IMM talking with each other regarding any bed time rituals or challenges to cope with a distance marriage? No, just like the men of previous generations, IMM should not speak about their emotions in public. It is a taboo, it makes them weaker than others. So issues are not raised, not discussed and not resolved in men’s space. They linger. Unfortunately, the IMM don’t have brains to open a conversation too.

No innovation in group activities

IMW are pushing their limits when it comes to group activities, they have extended their hobbies from knitting and sewing that were their mothers hobbies to travelling in women only groups, participating in car rallies, going trekking, wine crushing, baking Italian breads, etc. Each of them is pushing the limits of community and social living slowly but steadily. For IMM, social activities still remain dry drinking, playing cards or golf, discussing world politics or sports, photography and video games. Boring. No Innovation at all.

Conclusive remarks: IMM haven’t got any support from the society to change their social behaviours and statuses. They are in auto pilot mode for almost a century. So IMW, since you are being proven as a better species, give your hands to the IMM, unburden them from the status of being the only bread winners, let them take paternity leave or at least ask for it, teach your husbands and sons to cook, to laugh out loud, to share emotions and cry too. Take them to spas and make them feel the wonders of pedicure, create websites to discuss their emotions, write books for them and not push them to read politics and sports as men’s magazines. Help them becoming human beings and just men!