Her Voice: 7 Popular Videos Of Successful Indian Women At Work

Here are 7 successful Indian women who talk about their lives, achievements and hurdles. A must watch for every woman for a dose of inspiration. 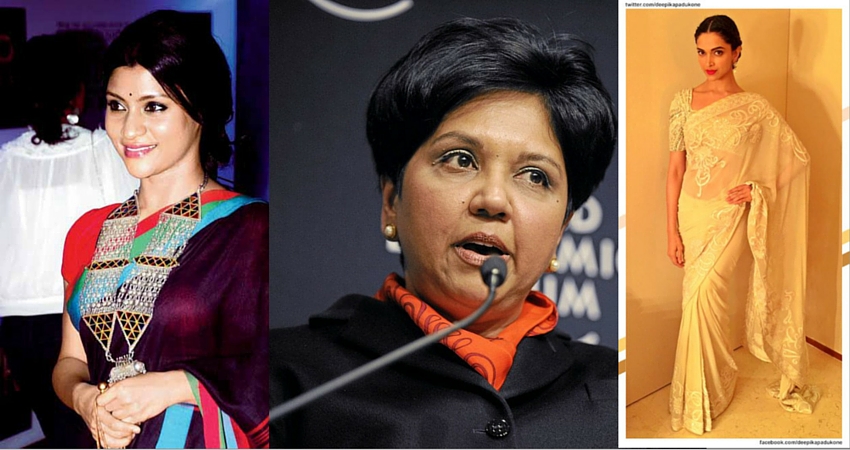 Here are 7 successful Indian women who talk about their lives, achievements, and hurdles. A must watch for every woman for a dose of inspiration.

Indian women are mostly known as nurturers or may be mothers, who should if possible work silently and without causing much of a hullabaloo. It is rare we hear them talk about their work and we often complain of not having many female mentors in our fields of work. Just a little search on the Internet and you will see it is not true.  There are so many women who have been doing exemplary work at different walks of life for decades and if we want to touch their lives, learn from them, look into the challenges they dealt with, and get inspirations they are just a click away.

Here is a collection of interviews of 7 super successful women in their walks, sharing their lives, challenges, thoughts, and experiences with you.

She studies how mathematics can be used to understand biology, this led her to learn about the evolution of infectious disease agents responsible for malaria, HIV, influenza and bacterial meningitis. Not only has she mixed mathematics and biology in her palette she also added writing novels into it.  In a parallel world she writes novels and translates works of Rabindranath Tagore. She has lived in many countries as a child. Watch this inspiring video, where she talks about her work.

The CEO of PepsiCo, is a role model for so many Indian women, specially who left India in their young age to build a sand castle of their own outside of it, through hard work and qualifications. She is a CEO, and must be having a lot of support for all her work, but she connects immediately to a working mother at any level of her career. She talks sensitively about work life balance, about the contrasting wisdom of her mother and many more ideas about her work and beliefs. She poured her heart out during BlogHer’11 Keynote.

She wanted to become a doctor, but did not get into medicine, so she did a graduation in zoology, then she wanted to become a brewer like her father and she pursued to do that in Australia and became India’s first qualified brew master. She faced a lot of resistance in India as a full time brew master. She went through all that and grabbed more firsts for herself and for India. We all know that today she is one of India’s biggest entrepreneur. Listen to her life story in very engaging interview.

“Post the Nirbhaya incident, there was this dark space in my mind, of depression over the situation. Then I reminded myself that there is also a story of many women’s successes” this is what Naina Lal Kidwai told to Women’s Web interview and I was amazed to read this that a woman of that stature is so disturbed about the Nirbhaya Incident. She is among the first generation female investment bankers of India. Among her many firsts, she is the first Indian woman to pass out of Harvard Business School and first woman to head the 87-year-old industry association FICCI. She thinks a lot about Indian women and how they are growing. It is wonderful to hear her interviews.

She could be a badminton player, but she chose to be an actor. She developed her skills exponentially since she has joined Indian cinema. She brings a power in all her roles and respect to the person accompanying her. She recently spoke about her depression and how she found her way out on national television. Talking about mental health is taboo in India and that too for a famous female actor. Listen to Deepika and her mother on depression that Deepika went through and also listen to her mother how she handles success of her daughter in a much grounded manner. A must watch.

Aparna Sen a famous director (more so in Bengali cinema) and her daughter Konkona Sen are my favorite working mother and daughter duo. Aparna Sen has created few but fabulous films. Whether it is about a middle aged house wife in Poroma or a pen husband living in Sundarbans in Japanese wife, Aparna Sen never disappoints us with her nuances and detailed vision. Her daughter Konkana has a supreme ability to act. Her movie Titli with her mother, or other movies Wake up Sid or Luck by Chance, are all time favorites in our household. I love listening to these 2 ladies in an interview done by Simi Grewal many years ago.

She is an artist and an experimentalist in the medium she uses in her art work. She has used Italian murano glasses; computer/digital printing, being a daughter of an army person and married to a navy guy my heart immediately goes out to her. She had moved houses many times as a child and no wonder she was open to different forms of art and color. A mobile childhood brings that sort of openness and rebellious touch in a person’s attitude towards work. Next time when you cross Mumbai International Airport, do look at her art being installed there. Listen to her interesting journey in the path of colors.