A moving story about a woman who chooses an unconventional way to mourn her miscarriage. A moving story about a woman who chooses an unconventional way to come to terms with her miscarriage and find closure.

Asha is glad that the orange floral top that Abhishek gifted her still fits her well. She wants to wear it as often as possible knowing that she will not be able to fit into it in another few weeks. A smile blossoms on her face as she tries to imagine how she may look in a few months. Although, there is still time, she has thought of two names. She softly says ‘Abhilasha’, followed by ‘Aarman’, just to hear the sound of the words as they roll on her tongue.

After thirty restless minutes of waiting outside the door labelled ‘Sonography’, she is called in. The coldness of the blue gel surprises her. The small monitor glows in the dark while the doctor glides the probe on her no-longer washboard abs. Her eyes search the grey monitor for a picture she’s been eagerly waiting to see but she can’t seem to make sense of any of the images. “Uff! How I wish I knew how to read these scans. Where is my baby?” She focuses on the doctor’s face instead for clues but his face is expressionless.

“Are you sure about the dates?’ he asks sternly.

“Of course. Yes, I am sure about the dates. I am 11 weeks 5 days pregnant.” Asha responds, unable to hide her irritation on being asked such a silly question.

The probe stops below her belly button. The doctor applies a little pressure at that spot and fiddles with a circular regulator on the machine.

The probe stops below her belly button. The doctor applies a little pressure at that spot and fiddles with a circular regulator on the machine. Asha notices his eyes narrowing in on the screen and a crease appearing on his forehead. After a never ending pause he reports, “I don’t detect a fetal heartbeat. Fetus is small for dates.”

“What?….Wh- what does that mean?” Asha stares at him anxiously. Her mouth feels dry and her mind blank. She gets off the examination bed with great effort. An examination she has failed. Her worst fears are confirmed at the gynecologist’s clinic. Her surroundings seem blurred, as if she is sinking into a muddy pond. She re-surfaces only when Abhi rushed home and hugs her tight. That is when she begins to cry. The endless stream of tears soak Abhi’s shirt shoulder.

For the next few days, she only sees red. On her pad, in the toilet, in the shower and even the bed gets soaked in red the next morning. Asha refuses to step out of her bedroom for days. Behind the drawn curtains, light dims out into darkness and then back into light, but Asha has no clue what time it is. It does not matter any longer. Abhi stays by her side and strokes her back when she rolls herself into a ball due to the cramps. Her insides get tugged and wrenched, but that physical pain is small compared to what she feels elsewhere.

A few weeks later, Abhi comes home with a cake. The message on top reads “Happy Anniversary.” “Oh! Sorry, Abhi I forgot the date. Happy Anniversary,” she says with a forced smile. Abhi puts a hand on her shoulder and asks her to blow out the candle. Just as she is about to bite into a slice, she hesitates. The red cake reminds her of the day she has found herself standing and staring at the pool of bloodied water in the shower. She wants to force those images out of her mind. “Why couldn’t this be a nightmare? I would be so thankful if it were.”

Once she feels a little better, she asks her Doctor the reason. It does not help to know that there was no one definite answer.

Once she feels a little better, she asks her Doctor the reason. It does not help to know that there was no one definite answer. She googles for hours but that too ends up giving her more questions than an answer. It just happens, so it seems. Maybe it is Natural Selection…Survival of the Fittest!

Asha cries herself to sleep the day Mummyji accuses her of bringing upon the wrath of the Gods for not doing the jaap she had been asked to. The words replay themselves in her head like a record stuck on a gramophone. Abhi wraps his arms around her and wipes her tears till she falls asleep on the soggy pillow.

The circle of people who are informed about it is extremely small and so is Asha’s support system. “These things are not to be discussed and shared with everyone,” Mummyji warns. Asha frequently hears the same words, “move on”, “forget it”, “try again”. Yes, they were right, but, how? “How do I just move on?” For everyone it was a fetus. But, for her, it was her baby. A baby she hoped to hold, cuddle and kiss. Was getting pregnant again the only way to redeem myself? What if it happened again?

Abhi has posted their anniversary selfie on Facebook. It has received 76 likes and 30 comments from their ‘friends’. Abhi notices her staring at the post for several minutes and asks, “What happened? All okay?”

“Yes, I was just thinking… why do we need to conceal our pain and forcibly smile for an anniversary selfie? Why can’t I share my real status here and tell them how miserable I really feel?” Asha asked.

“Do you think that will make you feel better? Some artificial sympathy from people who do not really understand our pain?” Abhi comes and sits next to her. For the first time in weeks, Asha’s smile is genuine.

“I guess we are still to accept a woman’s body in its entirety, with its quirks and perfections. I wish we did not have to conceal things as if they were our personal failures. That way any woman going through a miscarriage like me, won’t feel so lonely, as if she was the only one going through it. Wish there was a way to share my feelings.” Asha looks away at a distance as if she sees a ray of hope somewhere. “Abhi, you know what? I want to paint.”

Abhi is pleasantly surprised by the sudden glow on Asha’s face. “Sure Asha, I will get some fresh paints and canvas for you tomorrow.”

“Get me lots of red please.” She requests. Abhi nods in agreement, knowing the worst is over. 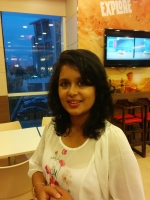 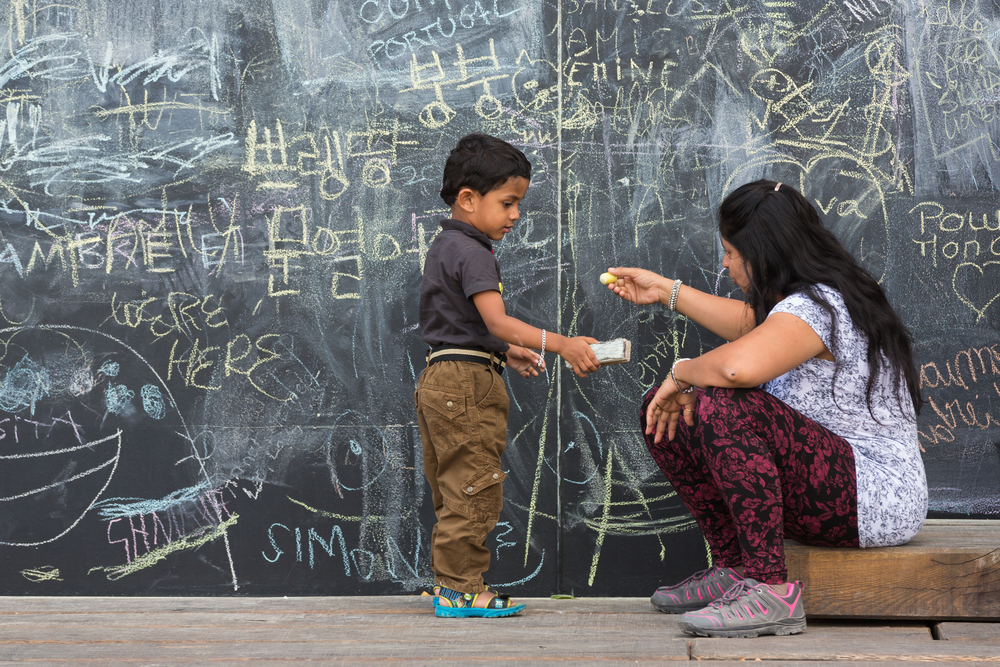 Confessions of a Stay At Home Mom (SAHM)