We bring 10 must read memoirs by women of the subcontinent. Books that will inspire and make us look at ourselves in a different way. 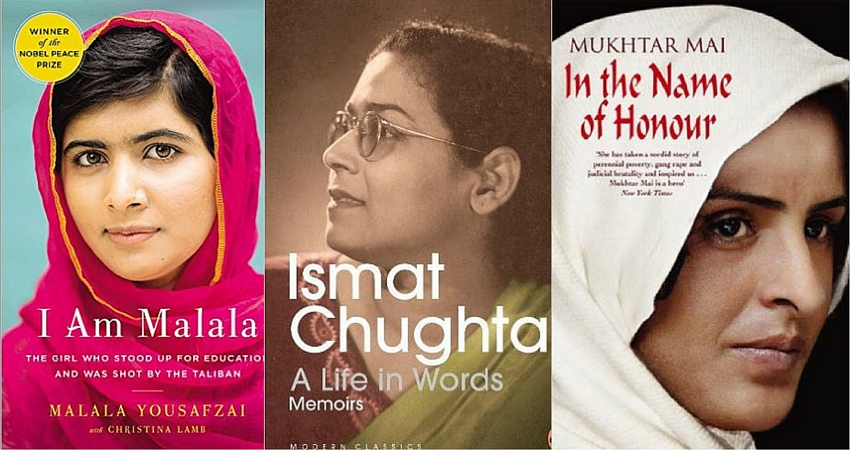 We bring 10 must read memoirs by women of the subcontinent. Books that will inspire and make us look at ourselves in a different way.

The subcontinent has seen some gritty and feisty brave hearts among its women, who have shared their journey with the world, in print. Writing a memoir, especially for a woman, requires that the writer be comfortable enough with their life and courageous enough to be able to bare it all to world. These women have been extraordinary personalities, as well as ordinary women, but have all been achievers in their own right, and all inspirational in diverse ways.

The cover page of the book shows a picture of a vivacious woman. Open the book, and just after a few paragraphs, the words that come to the reader are Carpe diem. She was considered the ugly one by her family, but this ugly duckling soon grew up into a swan, who lived life queen-size. Protima Gauri, the name she took later in life, or Gauri ma, as she was affectionately by the students at Nrityagram, was a woman far ahead of her times, living in a society which was discomfited by her free spirit. These are her diaries, put together in published form by her daughter Pooja Bedi after she passed away at the age of 50 in a landslide on the way to Mansarover.

Anita Pratap is an award-winning journalist known for her two major assignments – the first one in SriLanka at the time of the LTTE at its height in the 80s and early 90s, and the other in Kabul at the time of its takeover by the Taliban. There is the personal, of course, this being a memoir, but the more interesting parts are those she writes about when on duty – her interview with LTTE’s Prabhakaran, the time she spent in Sri Lanka and Afghanistan covering the war displaying a cool head in emergencies, the plight of the common people. The description is chilling at times, and brings forth the dangers journalists face while covering war – something we know very well due to the ISIS killings that have been reported.

I am Malala – Malala Yousafzai

Malala Yousafzai looks out from the cover of this book with a clear, steady gaze, telling the world that she will not be pushed around, simply because she is a girl. This youngster from the Swat valley of Pakistan does not need any introduction. She has been an inspiration for girls and women all around the world, especially those who have had to face discrimination on account of gender, and has sent out a clear pro-education message. The memoir also brings across the importance of the parents’ role in building strong individuals. There is a young readers’ edition too.

A Life in Words – Ismat Chughtai

Ismat Chughtai is many entities in this memoir. She is a writer, an educated Muslim woman, a voice breaking out from behind the purdah, a wife whose film director husband often did not understand her free spirit, but most of all, a woman who felt things keenly and longed for love. Her prose is scintillating, and reminiscent of her stories.

Here is a memoir of childhood in pre-Independence India by the queen of food writing – Madhur Jaffrey. In the first couple of pages, there are mouth-watering descriptions of the horde of cousins picking raw and ripe fruit in her grandfather’s orchards – raw mangoes in particular, divided up and eaten with chilli powder and salt. Throughout the book, we are treated to aromatic descriptions of food, much of which is prepared and consumed by her really large extended family – an idyllic account of a gastronome’s lavish growing-up years.

Daughter of the East – Benazir Bhutto

Considering the position of the Bhutto family in Pakistan’s politics, this is almost the story of Pakistan itself, as also the story of lost opportunities after Benazir became Prime Minister. For she never truly realized the promise of her unique position – an educated Muslim woman with aristocratic and political connections who became the chief executive of a troubled and conservative country.

This is a story we all know, right from Indira Gandhi’s birth in an aristocratic, highly educated, political family (see the parallels to Benazir Bhutto?) to her becoming the Prime Minister, and to her assassination in 1984. What is interesting about reading this memoir is an insight into how her mind worked, her thoughts and feelings, her vision. Worth a read.

The name says it all – this is not only the story of Baby Haldar, it is a story that is lived by millions all over the world. Married to a much older man at 12. A life of domestic abuse. 3 children. Escape with the children to the city, where she took up a job as a domestic help. An empathetic employer who encourages her to read, and write her own story, which becomes a best-seller. This memoir, which has been translated from the original in Hindi. Reading this, one realizes how much we take for granted.

She was a controversial woman in many ways. Born to royalty in pre-Independence India, educated in a convent run by nuns with British children as classmates, a poet in childhood who was not accepted by her peers for being brown-skinned, and married to a man her father chose for her, she yet refused to be shackled by the accepted mores of society for its women. She wrote openly of her feelings, of her recognition of the needs of her body, of passion and eroticism. Considered a radical hippie writer in her early years, earning her the wrath of many conservationists, she is now considered to be an avant-garde formative influence on Indian women’s writing.

In the Name of Honour – Mukhtar Mai

In June 2002, Mukhtar Mai was gang-raped by men from the Mastoi clan, as retribution for a crime her brother was accused of – in the time honoured tradition of using women’s bodies as currency. Instead of succumbing to a culture of silence, she spoke up. Her story was fortunately picked up by the national and international media, which led to the court giving a death penalty to some of the accused.

Apart from the ten books listed above, here are other inspirational ones too. Taslima Nasrin has written a few memoirs – a couple of the early ones are Meyebela: My Bengali Girlhood and Wild Wind: My Stormy Youth. Then there are a few others worth picking up – I Dare by Kiran Bedi, My Feudal Lord by Tehmina Durrani, The Autobiography of a Sex Worker by Nalini Jamila, The Truth about Me by A. Revathi, Weave of Life – A Dalit Woman’s Memoirs by Urmila Pawar, Unbreakable by Mary Kom, Playing to Win by Saina Nehwal, Born Again on the Mountain by Arunima Sinha, The Running Soul by Sheth Parul, Miles to Run Before I Sleep by Sumedha Mahajan, Memoirs of an Indian Woman by Shudha Mazumdar, and Beloved Strangers by Maria Chaudhuri. 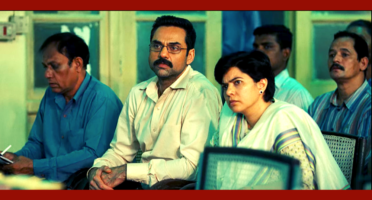 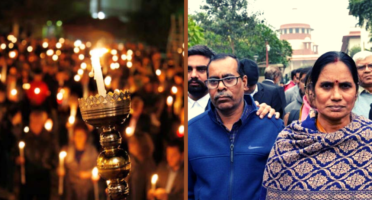