The Other End Of The Corridor [Book Review]

The Other End Of The Corridor by Sujata Rajpal brings alive a protagonist caught in the web of a patriarchal society. Will she find her way out? 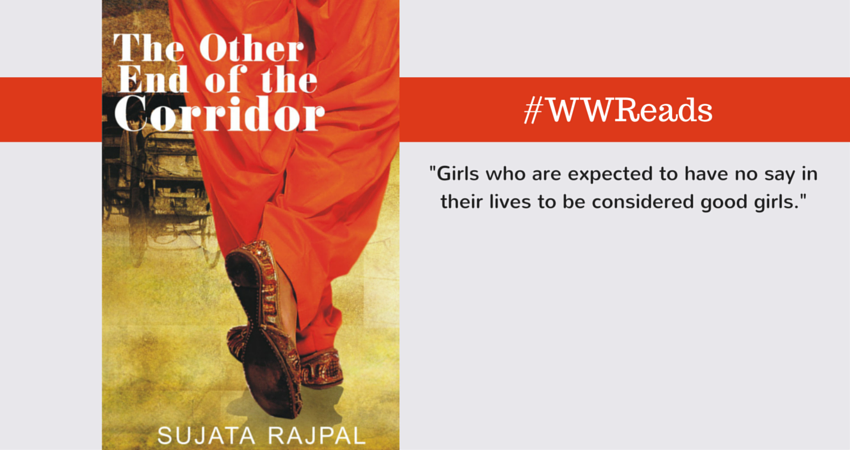 The Other End Of The Corridor by Sujata Rajpal brings alive a protagonist caught in the web of a patriarchal society. Will she find her way out?

Leela, the protagonist of The Other End Of The Corridor, is considered ‘unlucky’ by her parents on account of her being a mangalik. They want to ‘marry her off’ at the earliest, and get her off their hands. Denied any options, Leela bows to her parents’ wishes, and begins her new life as Vishal’s wife, hoping to be able to pursue her education with an ‘educated’ husband’s support, but she is in for a rude shock.

Vishal is a fraud, neither as educated as he had claimed to be, nor holding a job. He is also prone to repeated suicide attempts, which Leela is expected to handle, to not ‘provoke him’ beyond a point, and is even blamed for his instability of emotion by his family. Vishal is very controlling of her, and even after they relocate to Bangalore after he gets a job, he keeps close tabs on every movement of Leela’s to the point of making her account for every rupee she spends on household expenses. The physical abuse continues as well.

We see women like Leela everywhere in India; born in patriarchal families, denied the blooming that should be the right of every child, the education that puts them on the way to realizing their dreams, to live a full life. Girls who are expected to have no say in their lives to be considered good girls. Girls who are expected to get married and stay married, no matter how horrendous the circumstances. In laws who dictate how the new bride lives, how much privacy and freedom the newlyweds should have, mothers-in-law, especially, unwilling to let go of the umbilical tie to their sons. Husbands who consider their wives their property, to do with as they wish, marital rape, violence, a stifling of their personality par for the course.

Our protagonist is a strong woman, though. Despite her mind-numbing realities, a combination of willpower, inspiration, enterprise, and circumstances finally take her to a place she wants to be. How does it happen? I certainly wanted to find out as I read this book.

The plot has enough twists and turns to keep the reader hooked, even if it sounds clichéd at a cursory browsing. The central character is certainly very well thought out, and depicted. It is completely Leela’s story from page one.

A very believable, multifaceted character – her aspirations as a teenager, the awareness of her abysmal place in her parents’ family, especially in the eyes of her father who speaks lovingly to her only once her marriage has been fixed, the dreams of a newlywed hoping for a better life and the low moment when she realizes their futility, the wishful virtual realities, the greediness with which she clutches at the opportunity to make rich and influential friends through whom she lives vicariously, the willingness to work hard at her dreams, the compassion for a fellow victim of marital violence, the realisation that only she can help herself get out of the quagmire, and a gathering together of self-esteem – all this is very well portrayed.

If only the same care were to have been employed in crafting the other characters, many of whom seem very flat, one-dimensional, and stereotypical, this would have become a much richer read.

If you’d like to pick up The Other End Of The Corridor by Sujata Rajpal, please use our affiliate links at Flipkart or Amazon India.