What bothers us is not so much our appearance, as everyone else's comments on it. How does a teenage girl with pimples stay confident? 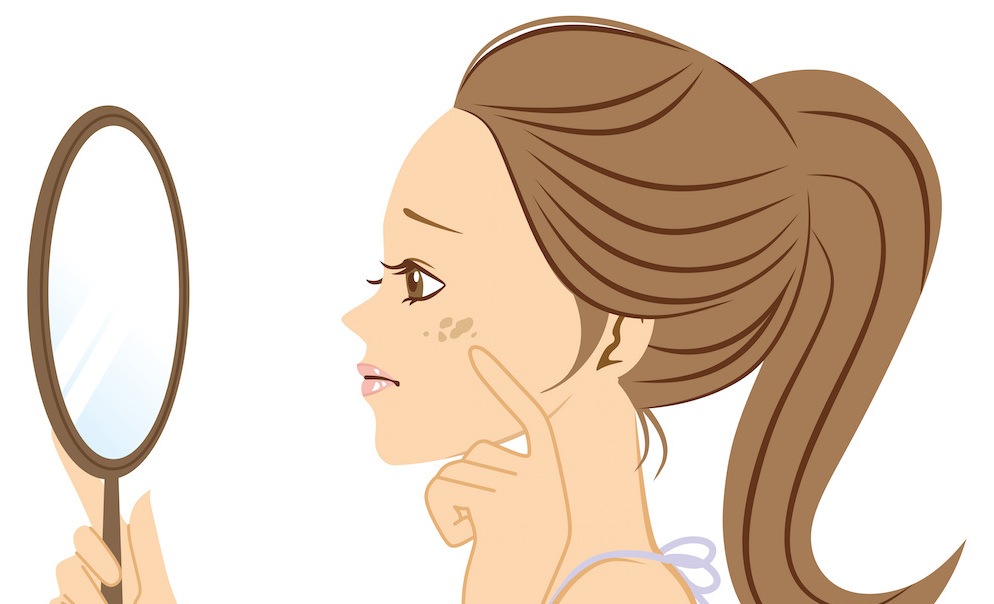 What bothers us is not so much our appearance, as everyone else’s comments on it. How does a teenage girl with pimples stay confident?

Pimples are a teenage girl’s worst enemy. One pimple can ruin your entire face, and your entire day. It’s perfectly normal to get pimples during puberty, but dealing with them is a drag.

Throughout my teen years, I don’t remember a time when I did not have a pimple on my face. So, you can imagine the kind of comments I received from my friends, family and classmates.

“Why do you have so many pimples on your face?” My aunt once enquired during a party, embarrassing me no end. I would get defensive and angry. There were times when I would resent anybody who would ask me that question, even if it was out of concern.

I spent money on skin creams, makeup and I even tried to pop every pimple on my face. That didn’t help in any way, because they kept coming back. So, my efforts went in vain. But when I entered college, I had early classes and late evenings. I didn’t have time to pay attention to my appearance. I received snooty comments from even my parents for that.

As the girls around me were prettier, I developed a severe inferiority complex about myself. I was so ashamed to go to college because I thought I looked ugly.

This greatly affected my self-confidence. As the girls around me were prettier, I developed a severe inferiority complex about myself. I was so ashamed to go to college because I thought I looked ugly. I avoided attending family functions, and I would glare at anyone who even glanced at me, assuming that they were looking at my pimples.

Once, as I was putting forth my argument during a debate with my English Professor, she ignored my words but remarked, “You poor thing, you have so many pimples.” That was the nail in the coffin for me. I went home in tears, because I was humiliated before a class of 100 students and I realised something vital the hard way.

People judge you, solely based on your appearance.

My parents didn’t comfort me, and neither did they understand my pain. But I resolved to change my attitude, if I can’t alter everyone else’s. That day, I stood far away from the mirror and said, “I love you.”

I told my reflection that I loved myself.  I repeated those words to myself every day. I disregarded everyone’s comments, kept myself away from people, until I gained enough confidence to prove that I didn’t care.

We say ‘I love you’ to everyone around us, but how many times do we say it to ourselves?

I would wash my face, look at my pimples, and repeat those three magical words to myself. We say ‘I love you’ to everyone around us, but how many times do we say it to ourselves? When I did start loving myself, I didn’t care about other women anymore. No matter how pretty they were, my confidence never wavered.

A few years later, I was asked the same question, “Why do you have a pimple?” That question seemed so asinine that I almost laughed. “So what if I have a pimple?” I responded with a question. That made the other person blink in response.

The next time someone makes a comment about your skin colour, appearance, or looks, your indifferent attitude will throw them off-balance.

So remember, pimples don’t bother you, as much as it bothers those around you, since they get the chance to pick on you for it. Your uncaring attitude is enough to make them ponder, and your confidence will leave them flummoxed.

When you keep repeating phrases, ‘You’re beautiful, no matter what everyone says’ and ‘ I love you’,  it gets embossed in your brain. Soon you will believe that you don’t care. Consequently, in the future you will stop caring. When others notice that any flaw in your appearance doesn’t bother you, and your confidence is unwavering, they will change the manner in which they approach you.

So next time you get a pimple attack, don’t pop it. Wait for it to disappear, but ensure that your confidence is more evident than your pimples.

Woman looking in the mirror image via Shutterstock