Many reactions to the Salman Khan verdict have been downright bizarre and excuse a serious crime on the grounds of other 'good deeds'. Does it say something about what lives we value? 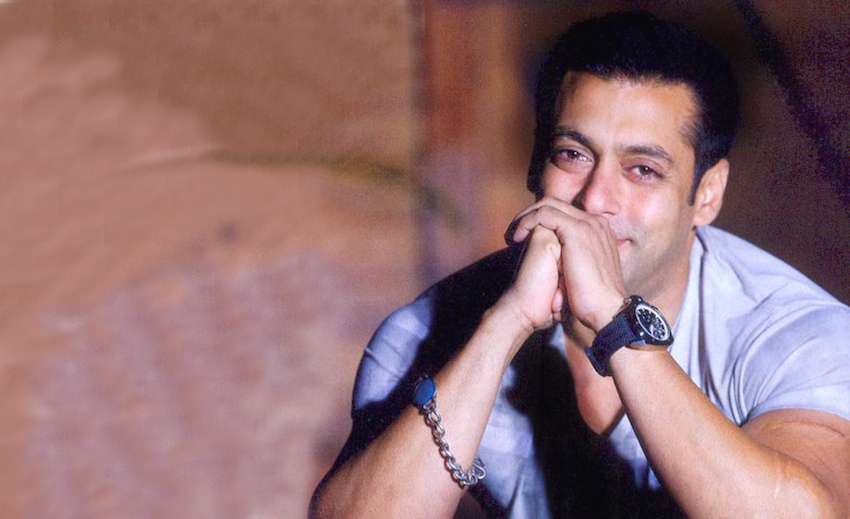 Many reactions to the Salman Khan verdict have been downright bizarre and excuse a serious crime on the grounds of other ‘good deeds’. Does it say something about what lives we value?

Twitter is a battleground for some (not all) absolutely crazy humans vying for each other’s blood without knowing each other personally. Not only does twitter bring friends closer, but ‘foes’ too within the perimeter of your tongue lashing! And then, the battles go on between the armies of frenzied fans over the relative ‘rights’ and ‘wrongs’ of the situation.

The reason for this rant is the sudden burst of sympathy for Salman Khan, as his conviction came through more than a decade late. On the day of the verdict, news channels and social networking sites were buzzing with bizarre comments and opinions about the verdict (not to mention the obnoxious comments by Abhijeet and Farah!)

Am I sad? Yes. Why? Not because I am a fan of his. But, because we live in a world that follows ‘the survival of the powerful’. Perhaps, justice could have come early. I am sad that it came late!

The first time I was bowled over by Salman Khan’s personality was in the movie, Maine Pyaar kiya. The second that I watched was, Hum aapke hain kaun? Both belonged to the genre of family drama and I enjoyed the lighter moments in the movies more than the story line. I loved the boyish charm Salman exuded on screen. However, those were the only two movies that left a ‘not bad’ impression which quickly faded with time. When it came to acting, he had little to do. Perhaps, in the earlier movies, he still ‘acted’ (do those meerkat-like expressions count as acting?). In later years, he rarely ‘acted’. He was just himself with that frozen expression, droopy eyelids and eyebrows that rose occasionally. Smiles were rare.

Somehow, negative publicity favoured him just like luck favours the brave! First, the blackbucks, then the ‘whatever went wrong’ affair with a well known actress and a hit-and-run incident that claimed a life and damaged some property – all these incidents brought out the his bad side. Among them, the hit and run case proved to be his nemesis this time. After 13 long years, the conviction came through, with the verdict: guilty.

13 years have gone by. There has been a lot of confusion about the case during this time. Witnesses came. Witnesses went. Some deferred. In the mean time, Salman Khan reaped a lot of commercial success from the remakes of South Indian movies. Also, there have been claims that he contributed a lot towards the betterment of the society. Besides, he comes from a secular household that celebrates every festival with zest (Ganpati puja included). People swear by his good nature!

Well, for all I care, he may be a good man. He may have ‘done a lot of good’ for the society. If people close to him are so loyal to him, there must be something steely about him that invokes such respect. But, what I don’t agree with is the sympathy being generated towards the actor for a crime he committed and got convicted for, that too 13 years later!

Salman’s drunken driving claimed a life. 13 years later, the facts don’t change. What is bizarre about the Indian masses is, when they say, “Oh! We know he did it. But still, we are feeling bad that he has to go to jail.” Or, “He has saved lives and done a lot of good work and so, he doesn’t have anything to repent about in prison”. These were the statements made by people that I came across on Facebook.

Seriously, people? Is the life of that common man who was run over not worth a dime, but a star’s conviction enough to invoke your deepest sympathy? The question is, how can you empathize with a man who not only killed an unarmed sleeping man in the middle of the night but also spent more than a decade dodging the punishment he duly deserved? The will to take an honest stand, the right to call a spade, a spade and the will to take complete ownership for the karma you do, is so lacking in the world.

And before Salman fans charge on this post, let me clarify: I do not hate Salman Khan. But, I am no fan of his. He may have done a lot of good work in all these years, but doing good karma with the thought that it is going to mitigate your bad karma is so vain. As for Salman, what is the point in acting as an impeccable law abiding protagonist in the movies, when in reality, you take the law for a ride?

As for the (in)sane fans and acolytes, grow up!