Into My Own : I Refuse To Be A Victim

Marital rape makes victims out of millions every day. Refuse to be a victim and reclaim yourself, says this chilling story. 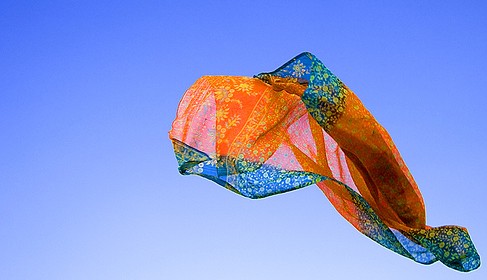 Refuse to be a victim of marital rape, and reclaim your self. It’s easier said than done, but this story will send a shiver down your spine, and a gust of courage into your gut.

This post contains descriptions of violence that may be triggering for some readers. Please use your discretion.

She loved the twinkling lights of the city.

Delhi. A city that was now home to her. As much as she loved her hometown, Jaipur, it was Delhi, with its bustling ambience and energy, that owned her heart. The lights emanating from the street reminded her of the night she had shown up at her parents’ doorstep with her husband. How furious they were that she had eloped with a man, who in their opinion, would never be good enough for her.

She resigned to the fact that they may never come around and was whisked away to Delhi by him. It was here that she felt she belonged. Despite a brief career as a model, it was here, she felt most comfortable in her skin. Daily and ordinary tasks like fixing breakfast, making tea, and grocery shopping filled her with more joy than the days of make-up and cameras.

As the weeks turned into months, there came about a shift so imperceptible that the more she ignored it, the more it threatened to engulf and swallow her whole.

As the weeks turned into months, there came about a shift so imperceptible that the more she ignored it, the more it threatened to engulf and swallow her whole

His apparent annoyance at those complimenting her beauty was pegged by her as pride for her, and mistaken as flattery on being her partner. Male attention directed towards her at office gatherings and parties were met by scorn from him and soon, disdain and rage. In his opinion, there was nothing that she could do right.

The verbal and emotional abuse had escalated to the point where she shriveled up and refused to see the woman reflected back to her in the mirror. She thought she had seen the best and worst of him by now, more so the latter. How wrong she was. One night, in a drunken stupor, post a social event, where she had been surrounded by their common friends, she was once again at the receiving end of his wrath.

His words, colored with spite, calling her a ‘whore’ and a ‘slut’ who dressed provocatively just so she could sleep her way to being a model, cut her to the quick. She couldn’t fathom what she had possibly done to receive such treatment. As she retorted in anger, he threatened to teach her a lesson and proceeded to slam her against the wall. As he pounded his fist into her face and stomach, she tried to fight back, and managed to wriggle out of his grip. While he was hitting her she kept thinking to herself – what had she done to deserve this? Words like ‘love’, ‘commitment’, ‘respect’ meant nothing to the man who called himself her ‘husband’.

While he was hitting her she kept thinking to herself – what had she done to deserve this?

As she yelled at him to stop hurting her, he dragged her to the bedroom. He yanked her by the hair and tore off her dress in one swift move. She pleaded and begged but to no avail. He raped her violently on their marital bed, telling her to shut up and do as was told. Once he was finished with her, he flung her on the floor like a broken rag doll. Broken in body, but not in spirit. She awoke in the morning in a pool of her own blood.

She sat on the floor for hours, staring blankly into space recounting every minute, and every detail, of the horror she had endured. Soon, despair and self-pity gave way to anger – and the more she thought about it, the more enraged she felt. She was, after all, a human being, not an object who could be kicked around because it was defenseless.

She waited for him to come home and decided to confront him. But his callous attitude and disregard for her feelings infuriated her even more. The moment he said that he had not raped her as she was married to him, and that she ‘owed’ him; something within her snapped.

The moment he said that he had not raped her as she was married to him, and that she ‘owed’ him; something within her snapped.

She lunged towards him and slapped him hard across the face. He was too stunned to react initially and as she slapped him again, he grabbed her by her wrists. But in her state of anger, her force knew no bounds. She ran towards the front door and swung it wide open, screaming all the while at him – telling him that he was an animal and a rapist who refused to stop even when she was on her knees and bleeding.

As a crowd gathered on her floor, she proceeded to push him down the stairs. She told him that she refused to live as a victim and be ashamed of being raped. Rather, he should feel shame upon being a rapist and a spineless coward, who could only prove his worth as a man by means of coercion and violence.

She knew in that moment that she had reclaimed the reins to her own life. As she walked down the street beneath the open skies, among honking cars and the milieu of people, she realized it was already dusk. She looked around at the busy street and saw the restaurant boards light up for their evening business, and shopkeepers attempting to make the last few sales for the day.

She knew she had changed – her perspective, as well as her understanding. But there was solace in knowing that she still had her unflinching faith, her indomitable spirit, and the twinkling lights of the city.