Guns And Roses: Why Women Are The Real Casualty Of War

Watching a play, Nine Parts Of Desire, brings home that women and children are the soft underbelly of any civilization and the most tragic casualty of war. 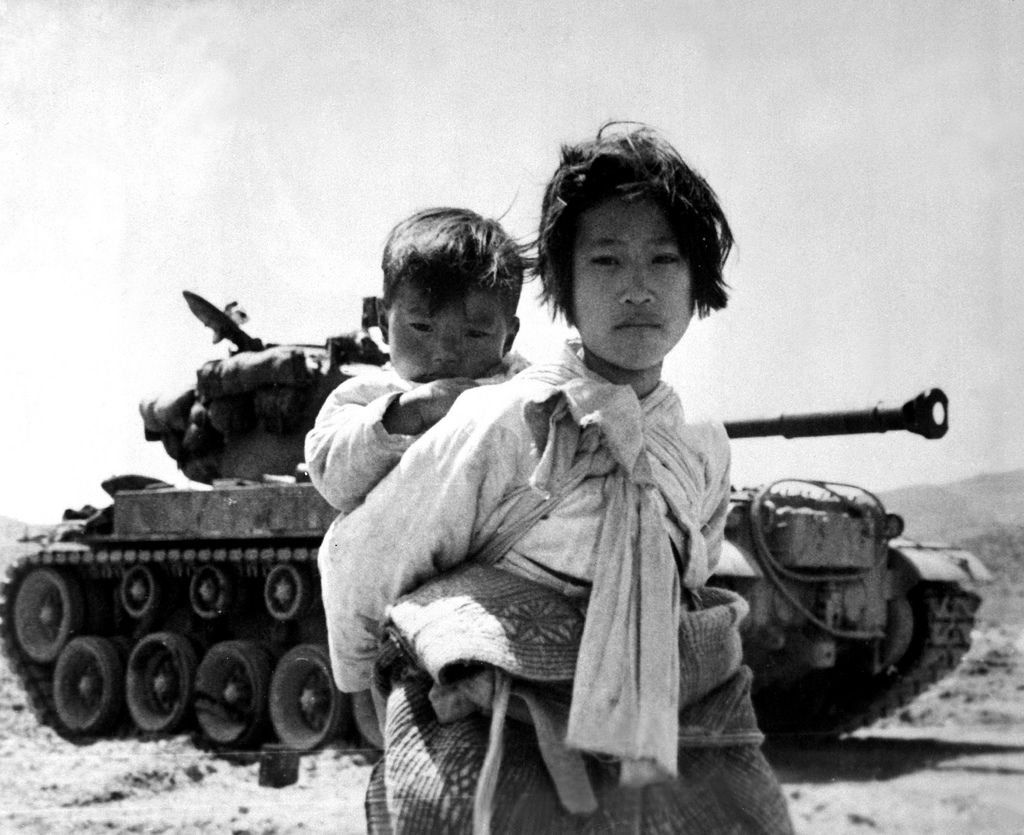 In the dim interior of the theater, we watched the female actor on stage. She was playing the part of a young girl, living in a war-torn country, in this segment.

The accent is Middle-eastern, the tones dulcet and the demeanor innocent; the thoughts and words that she shared were, however, anything but. She speaks of her father, jailed by the dictator for dissent, never to be seen again. Her three brothers also taken away, leaving a household bereft of men in an unsafe land. She speaks of being unable to go to school or market for fear of being kidnapped. She recollects her school mates wearing bullets on a string round their neck. Her day now consists of watching TV shows, hoping for her family to be one again and reading her father’s diary.

One of the other vignettes is a mother, who is entrusted the task of showing international visitors around a shelter that has been bombed by Americans. The mother, who has lost her own child in this attack, describes in detail the horrifying sequel of events that led to the entire population in the shelter being wiped out. Here the boiling water poured in, drowning some and there, many incinerated. Her hollow and matter-of-fact tone cannot hide the pain and despair in her heart. She has told this story many times, but her grief is still fresh, her loss palpable, and her hope of justice is intact.

Then there is the young lady doctor, treating victims of war and horrified at the casualties of it. Of alarming concern to her, are the deformed babies that are born and the number of cancers in young children. Depleted uranium which is being used for bombs and bullets to make them “effective” is now polluting the water, food and air and robbing countless future generations of her countrymen of their health. She herself is a breast cancer survivor and now facing the news of her own pregnancy with dread.

There were many other Iraqi women who found a voice that evening in the words of Heather Haffo, the writer of this play called Nine Parts Of Desire and beautifully enacted by Ira Dubey.

I took home with me the story of the pain of women who live with war. The parents, especially mothers who wait for their children to return from the battle-field and often, perhaps more painfully, wonder if they will return from school or work. The fear for your family, the helplessness to do anything about it and the grief when that uncertainty tragically exists no more.  The degrading scrounging for the basics that every human being should be taking for granted. The knowledge that the next moment is as fragile as an eggshell. And, most of all the loss of hope, because the next generation, even the one that is unborn, is also afflicted with unspeakable horrors.

What is the simplest thing that parents desire for their child? The most basic, the most fundamental of all things that children would need when they are growing up?

Primary would be clean food, adequate clothing and a safe shelter.

Faith in God, assurance of being safe, a feeling of being loved….

The one thing that could rob children of the above, thereby leaving them bereft, fearful and unsafe?

It needs a glimpse of war even if it is through films, plays, the news and books to give us renewed appreciation of what havoc, a war or unrest can create.

Women and children are the soft underbelly of any civilization and thus the most tragic casualty of war. There are news reports of snipers targeting pregnant women and little children in war-torn Syria.

Regions of the world affected by war are the only places where preventable diseases like polio are still affecting children. Entire generations of children in Afghanistan, Somalia, Sierra Leone are growing up without an education and also their innocence, many also losing their lives or growing up without a limb. Some are being conscripted as soldiers and fighting bloody battles.

We, in India are fortunate to have lived out our lives in comparative peace. The instability of many other countries of our sub-continent has, thankfully, not been our fate. We can be assured that our children have many basic needs taken care of and that the hope for better future for them is still a real possibility.

Every single time that a cross-border incident occurs in India, there are angry reactions on both sides for striking back. Calls for retaliating in kind, revenge, atom bombs and such.

Let us at that time, remember, that the casualties of war are not only the soldiers who fight. They are also the women and children.

Pic of a Korean woman during the Korean war, 1951, courtesy historical archives of the U.S. Army Korea