We call men who refuse to commit "jerks". But, do we show ourselves the mirror? Thoughts on love and commitment after the season finale of How I Met Your Mother. 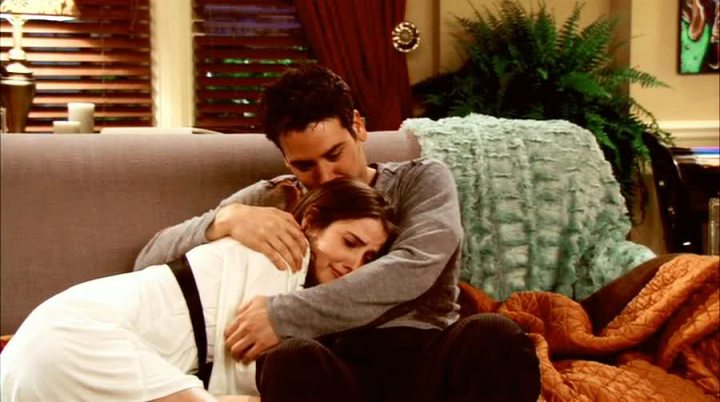 We call men who refuse to commit “jerks”. But, do we show ourselves the mirror? Reflections on love and commitment after watching the season finale of How I Met Your Mother.

(Updated: This post contains some spoilers, for those of you who haven’t watched the finale)

On certain days, all we need is a bag of chips or a bowl of popcorn and back to back episodes of our favorite sitcom. We all have days when the last thing we want is to get all dressed up and head for an evening out on the town. When the only thing that makes us happy is the lives of those on screen and watching their drama unfold.

I certainly have my collection of a few with ‘Will & Grace’ topping the list. Never a dull moment in the show and laughs galore. More recently fans of ‘How I Met Your Mother’ were all eagerly tuned in to watch the season finale, a season which centered on Robin and Barney’s wedding. Now I got hooked on this show about 2 years ago. Friends coaxed me into watching it and over a week’s illness when I was on bed rest, bored and with nothing to do, season 1 of the show was initiated.

I soon came to fall in love with the characters, their unique personas, their quirks and follies. We were all welcomed into McLaren’s Pub and were usually hanging out there post a busy day at work, perhaps late into the night.

For me, the love and friendship that Lily and Marshall share is what a marriage should be based on. Barney, despite all his shenanigans with the opposite sex falls in love with Robin and towards the close of the season, they get married. And of course the ever lovable Ted Mosby who has more emotional tolerance than most men and has survived heartbreak after heartbreak.

What I loved about the season finale was the fact that Ted finally met the woman who loved him the way he had always wanted to be loved. A love so pure and unconditional that he knew his heart was full, the moment he laid eyes upon her. What was shocking and disappointing to me was that the wife eventually fell sick and died. And he finally reunited with Robin, who had divorced Barney after three years of marriage.

I am all for second chances and new beginnings, but the fly in the ointment is that at the end of all those years of pain, disappointment and hurt, he still went back to Robin. Now here’s a woman who is more aloof and distant than most. She refused to allow his love into her life when he was pursuing her. When she eventually gave in, it fizzled out soon. She went on to fall for Barney, leaving Ted to pick up the pieces of his broken heart. As Barney and Robin ended up together, her confused state of being made reappearance and gave way to the panic that set in before she walked down the aisle to eventually calling it quits with Barney and wishing she had ended up with Ted.

Yes, I know the tears of joy many may have shed upon seeing Ted and Robin back together, but that was an ending I truly hated. Apparently the show should have just been called ‘How I Met your Stepmother’. Here’s a woman who refused to be with a man who genuinely cared for her. To breaking his heart and moving on to sleeping with his best friend – she pretty much inflicted the worst upon him.

Post her divorce, when she sees Ted with his fiancé, her feelings for him, which were long since dead and buried, resurface. So what was the moral of the story?

That no matter how unconditionally a woman may love a man, all the happiness she brings to his life and the beautiful children they share, death would ultimately intervene and end a love story that was true and real and meant to have them grow old together. Whereas a woman who every step of the way thought only of herself to the point of having a disregard for those in her life, got whomever she wanted, whenever she did without so much as a care to the those who were hurting in the process of her making such decisions.

This attitude even filtered towards her friends. Despite all the love and support given to her over the years, she found it difficult to be there for them in their big moments. Apparently she found it too hard to reciprocate their friendship. Indeed! As she wasn’t getting exactly what she wanted at that particular time.

There are women who may be lucky enough to have someone in their lives but refuse to respect and acknowledge the same till it suits their convenience or fits into their ‘plan’. Why must we keep one hanging in order to boost our egos? Or is it the fact that we are scared of being alone and are willing to keep one around merely as a fall back or rather a back-up in case we see ourselves steering toward loneliness?

What gives us the right to treat a man that way? It is easy enough for us to call them cold, mean, unresponsive or just plain jerks when they behave this way. But we refuse to see ourselves clearly when we mirror such behavior and instead have hours of explanation ready, even when we are in the wrong.

If we wish for others to treat us in a manner that is open and honest, we must first be honest with ourselves and think even more consciously of our wants and desires, when it involves another human being. Perhaps then it wouldn’t take us years to allow love into our lives.