Whether you follow Indian, American or Chinese parenting styles, letting children be brats is never a good idea! 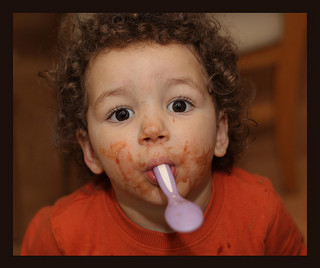 Amy Chua’s book, Battle Hymn of the Tiger Mother started a huge debate over whether Chinese mothers are the best. Then came Bringing up Bebe and a fresh debate started over whether American children are brattier than French children. We, the moms, love debates of this kind. What better opportunity to prove that no other mother is better than us, that our parenting style is supreme, way better than our moms’, mothers-in-law’s and friends?

But, here’s the truth: No matter your nationality, your child will be a brat if you allow him or her to be one. Simple as that!! Bratty children are more a result of ineffective discipline than of genetics or gender, contrary to what many parents will have us believe. While typing this post out on my phone (I know, my dedication to blogging amazes me and yet, I can only manage one post a month) when I was waiting for my daughter’s orchestra to start performing, I witnessed two siblings, a boy (about 5 years old) and a girl (around 7 or 8 years old), create a ruckus when their dad came into the auditorium with some snacks. They ran towards him screaming and jumped up and down, trying to grab the snacks from him. I don’t know why, but he hadn’t bought those for them. So, until he gave them money to go buy snacks for themselves, they kept up the noisy scene despite being shushed by several people.

The snacks kept the kids occupied but for a few minutes. Then they were back at the noisy disruption tactics. Talking loudly, jumping on and off their chairs, grabbing their dad’s snacks, laughing loudly WHILE THE ORCHESTRA WAS PLAYING. And the dad? Just sat there, shaking his head at them and smiling apologetically at them. What happened to teaching kids manners and to making sure they behave well in public (or everywhere, for that matter)?

Here is what I think has happened, or is happening. Many parents believe that kids are “just kids” and that they can’t, or shouldn’t, be taught manners at such young age. “They’ll learn when they grow older” is a common refrain with these people. HOW? If they are not taught now, HOW will they learn the manners later? They will just grow confused, wondering why something, which was acceptable at (say) 5, is no longer laughed away by the elders? Then there are parents who don’t believe in restraining the free spirits of their kids with rules. Its just sad because their kids’ bad manners then hold others hostage. Others, who did learn their manners can’t, or don’t, say anything to these brats or their “upbringers”.

Where does this lead? It leads to 15 year old rebellious teenagers who can’t keep their sh*t straight, 21 year old adults who still depend on their parents for everything from food to laundry, 30 year old men and women who cannot hold on to any job or relationship because the world is Oh So Mean to them. Yes, I believe that untold evils spring forth from lax, permissive parenting that does not give children the direction they need and deserve. The one parenting mantra I follow? “Let them know who the parent is”. The commonality in the parenting strategies mentioned in these two books (Battle Hymn of the Tiger Mother & Bringing up Bebe) is that the parents clearly show the children that they, the parents, are in charge and not the children. For some reason, some parents hesitate in doing that. Or, maybe, they believe that they will win over the kids by being their “friends”. To them I can only say this: “Be a parent first and a friend later. Do your job!” I hate seeing parents being run over by their kids and I see a lot of that, unfortunately.

Many people confuse “discipline” with negatives like yelling and punishing. It isn’t. Discipline, in the simplest of terms, is just knowing what the right thing to do is, and doing it. A parent’s responsibility is to teach their child this. I am a tough disciplinarian in that I expect my kids to remember their manners and the rules. There are a few non-negotiable things that I don’t compromise on – manners, health & safety, not necessarily in that order and not necessarily limited to these. It does not mean that I don’t indulge their gimme’s (within reasonable limits) or pamper them silly with unnecessary gifts and extra love.

But part of parenting is to teach your child that no matter how much you love and pamper them, they still cannot get away with certain indiscretions. E.g. even though I love my daughters unconditionally, they know they cannot get away with rude behavior towards me or anyone else. Another part of parenting is also to make your kids understand that no matter how much of a disciplinarian you are, they can still come to you for unconditional love, guidance and in times of trouble. It is a tough balancing act and I do NOT claim to have mastered it. I tell my daughters at every chance I get, that they can come to me no matter what happens and I hope they remember that if and when the need arises.

Being friendly to your child is good and helps keep the communication flowing, specially when they go through the hormone laden teenage years. I have that kind of relationship with my older daughter – she feels free to come and talk to me about anything that is on her mind. But ask her and she will tell you that I am NOT her friend. I don’t intend to be. As she grows older, our relationship will definitely change and I hope one day she will consider me her friend. But for now, I am content being the ringmaster, the boss, the parent, the limit-setter, the disciplinarian, the legislative, enforcer and judicial branch of the “law” in our family because that is what my children need in their formative years.