Is it the inflated male ego that makes men abusive? Domestic violence can be of different kinds, including mental abuse. 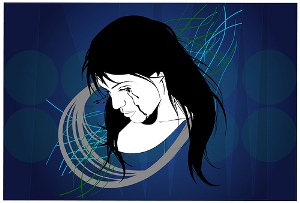 Aamir Khan’s program Satyameva Jayate dealing with domestic violence set me thinking. We’ve heard about wife beaters and abusers who may or may not be under the influence of alcohol and condemn them from the core of our hearts. Nagging husbands who find fault with everything a wife does and blame her for everything that goes wrong……….. well the list is long.

Rarely do we find a truly compatible relationship. Adjustments are made and a working relationship is established. Peace prevails most of the time. These are cases where abuse is evident. How about those where it is not? Let me explain. X married Y who was a committed family man and she ought to have been happily married. But was she? Y did not beat her up or yell at her. But he had unrealistic expectations from her. He was the planner and she had to abide by his decision. The world around them changed and every household in their neighborhood had purchased a washing machine. He insisted that lack of physical work would make her lazy and refused to buy her one. She was a home maker and what would she do other than cooking and washing clothes, eh? Okay washing machine was perhaps not essential but one could certainly be allowed to pluck curry leaves from a neighbour’s garden with her permission? But no! The neighbour’s permission was easy to obtain but her own husband’s inquiry commission was more difficult to tackle-

“You plucked a handful last week, didn’t you? Did you eat them raw”?
Or-
“You cannot cover up your poor culinary skills by adding curry leaves to every item. It would taste just as bad”.

The house needed a whitewash but he would not decide whether to assign the job to a contractor or hire laborers to do the job and supervise their work. If the 5 year old kitchen tap leaked it was her fault. She did not deserve a tap in the kitchen and ought to fetch water from a common tap the way his mother did. A five rupee washer would be all it took to fix the tap and in due course he would do it but not before he threatened to seal the connection. She wanted to install a water purifier in the kitchen. He questioned her as to whether their parents had fallen ill after drinking tap water. An aqua guard was out of question even a steel water filter was not purchased. He would invest in purchases that he decided essential and if she wanted something she learned to appear disinterested in the item. He would then purchase it outright and sing paeans on its utility.

These aspects of their married life could not be shared with or explained to any one. He loved her in his own way but he would be good as long as she listened to him. The day she expressed her opinion on a matter he would feel insecure.

Was she trying to say that he was wrong?

Did she question his authority as lord and master of the household?

After all he had the best interest of his family in mind.

It sometimes became suffocating. Constantly being treated like a teenager she felt like revolting and she did and that too over a non issue. Or was it?

He bought her an expensive silver anklet on her birthday instead of a story book she had asked for. Books could be borrowed from the local library he said. She accepted his gift with a smile and placed in front of the idol of Lord Krishna in her puja room prostrating before the deities arranged in the altar. She then picked up the anklets and kept them in the locker of her almirah.

“Thank you very much. But I would have preferred the book that I had asked for”.

He was shocked. He had spent a cool 4000/- rupees on the anklet and she was rejecting his gift and expressing her preference for a worthless book.

Ungrateful wretch – she could have worn the anklet and asked for the book – He thought.

She went about her chores as if nothing had happened. For all the insult he had constantly heaped on her over the years she had the last laugh. He could not ever muster courage to ask her to wear the anklet or insult her again.

When I think of this couple I wonder if it is the inflated male ego that makes men abusive. Unfortunately I too belonged to the group of people who thought that X was over reacting and making a mountain of a molehill. For those of us who haven’t been through a suffocating relationship may not understand her perspective.