The Teaching And Learning Process 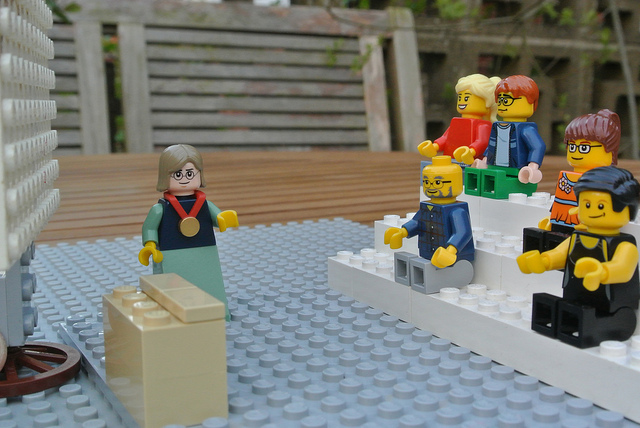 An old student (let me call her K) paid us a call last week saying that she planned to join a post graduate course and needed to apply for a college leaving certificate. It was actually 10 years since she passed out and she was currently employed as a teacher in a local school. Since we had some free time and, being a Saturday, it was her day off, we started discussing the scenario in schools and dealing with adolescents in senior school.

Ours is an all girl’s college but the school she worked in was co-ed. We dealt with girls from the lower rung of society or those from families that had just realized the importance of educating the girl child. Many of these girls came to college because this was the only time they got to leave home on their own.

K on the other hand was dealing with boys and girls from a privileged background with adequate exposure to career options and were supported by parents who would willingly see to it that they got the best opportunity available for landing in prestigious colleges in India or abroad. Despite the socio-economic disparity in the two groups it was evident that both of us were dealing with an energetic group and the teaching/learning process that we followed was getting outdated.

“No student would be interested in a monologue delivered by the teacher unless it has some application to real life situations” said K. “If you wish to tell them about the working of the brain you have to begin with an accident on the road that knocked a passerby senseless. They get involved and before long you find them eager to know about nerve cells and neurons and the messages transmitted by the brain. Alternatively, you can draw a beautiful diagram on the board and start explaining the theory straight away. You will soon have the whole lot of them yawning or throwing darts at each other.”

We dealt with girls from a less privileged background, so we expected them to be more open to the age old tried and tested method of teaching and learning. The syllabus was outdated as well as the tools for communication. The chalk, blackboard and charts were still being used. The computer/internet, as an essential tool for accessing information, had only been made available to us since a year but in most departments students were not allowed to use it fearing that they may mishandle it and getting it repaired would be difficult since the college management was not sure as to where the money for its maintenance and repair would come from. Moreover most of our students did not have a computer at home so it really did not matter whether they were allowed to access it in college or not. But were we able to ensure the interest of our students in the subject by our age old methods? Unfortunately not.

The number of students opting to study basic sciences has dropped and those who do take up these courses are either a highly de-motivated lot or are here because obtaining a degree is a pre requisite for admission to MBA/MCA courses. They also need to be graduates to be able to apply for entrance exams for bank jobs and administrative posts. No course is sought after unless it has some application in their lives by way of a high paying job.

Education also improves the marriage prospects of a girl and a girl who has never read or appreciated Shakespeare’s work may insist on doing an Honors course in English. It would encourage the boy’s family to think that she would be able to guide her children and coach them at home better if she had a degree in English as compared to other subjects. Practical applications are important and marriage is market in itself.

What then is the solution? Who would understand it better than me that the applied aspects of a subject come later but basics are equally important? Should a system that allows a student to be promoted to the next level without having understood the previous level of a subject be called student friendly? Failing a student or making him/her repeat a year may not be the solution. But shouldn’t the planners of a syllabus think of what ought to be done to ensure that a student who passes the 10th grade knows the basics of a subject that he/she opts for in college? Why not make teachers accountable? No one questions a child’s right to education but is our education translating into knowledge of the right kind?

I would like to know from those dealing with young minds either as parents or teachers to let me know their perception of the education that is being imparted to their children. My opinion in the matter may be outdated. However, I am willing to learn and would be glad to take a lesson or two from anyone willing to teach me.