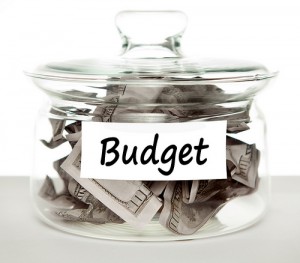 What Can Indian Women Expect From Budget 2013?

With the annual budget announcements coming up shortly, what can we Indian women expect from budget 2013?

With women being part of the workforce in larger numbers than ever before, money management for Indian women is becoming increasingly important. And this is even more so at the present time. Why? Because the budget is around the corner (February 28) and there is much speculation these days around what to expect from budget 2013.

The budget can impact your money management abilities by playing around with various tax rates and thus affecting how much you spend, what you spend on and what spending decisions you should postpone.

Will I have more money to spend this year?

How much money you can manage depends on the cash-in-hand you have, whether as a family budget or as earned income. The budget can influence this for the coming year by changing either the minimum income levels above which taxes will be applicable (also known as the tax exemption limit) or the income levels at which the three tax slabs – 10%, 20% and 30% are applicable.

Also, in a bid to encourage working women, the government allows a small deduction from the total tax they have to pay. Watch out for announcements on ‘direct taxes’ in the Finance Minister’s speech this year, to see what happens to your spending ability!

Will food bills be any easier on the wallet?

Food bills in India have been on the rise with prices going through the roof. Grocery expenditure has inched up, as have restaurant bills. Last year’s budget saw an increase in both excise duty and service tax, which impact prices of both processed foods you buy as well as the prices charged by restaurants when you eat out. There is a 50-50 chance, this year, of the budget adding to or lessening your food bill woes!

There seems to be some chance that excise and service tax, might increase as the government tries to improve its revenue collections. However, there is also a chance that with the economy plunging south this year, we may actually see a reversal in these tax increases, which can help you manage money on the food front better. Only the budget speech can tell!

How will travel costs fare this year?

If you are looking to buy a car (particularly a sedan or SUV), there might be good news in store for you. While taxes on large cars were increased last year, auto sales were lack lustre this year as the overall economy slowed down. There is a chance of the increase being rolled back this year, so wait till the budget before making that purchase.

However, in an effort to streamline its finances, the government has been reducing its subsidy burden, and that includes fuel. As a result, running costs of personal vehicles as well as costs of public transport could inch up this year. Managing your money on this front, if the duty cuts come through, could, thus be walking a fine line between the advantage of a cut in vehicle costs and the costs of running it or the costs of public transport.

Is this a good time for Indian women to buy jewellery or invest in gold?

We Indians love our gold, not just because of our fondness for jewellery but also because it seems like a balanced manner of money management – not only do we delight in it, but also consider it an asset and hence an investment. Since we end up importing much gold as a result, the government increased import duty on gold last year in a bid to manage the economy better.

It was bad news for jewellery lovers in other instances as well – with increase in duty on gemstones and applying it to unbranded jewellery, which was so far exempt. This year, there is a fair chance that we can expect the budget to maintain its stance on gold, gemstones and jewellery or even increase gold duty further.

However, there might be a few small wins as well, for instance, last year branded silver jewellery was exempt from excise duty. So, watch out for these announcements to make the right jewellery purchases, to manage your money on gems and jewellery. As an investment, while gold remains a good long term asset to hold, support from the budget is unlikely, in fact it will probably encourage investments in financial assets.

There are thus a number of ways in which the budget can impact your money management. So this year, look out for these pointers and plan ahead!

Manika is an entrepreneur and the founder of Orbis Economics, a research and content organisation

How To Manage Your Investment Portfolio