The Stage Has Served Its Purpose Today

If I keep quiet today, my mother and I may die tomorrow in shame, disgrace and humiliation. This man is a beast.

The stage had been set for observing April as the “Child Abuse Month” where an awareness programme was being held by Mr Sudhakar, a septuagenarian who was the president of the very prestigious “Voice Your Voice” club wherein victims of all kinds of abuse were provided help. They had their lawyers too who would argue for the victims and try their best to get justice for them. There was a great hustle and bustle as the collector was going to be the chief guest.

“Where are the bouquets?”

“Ooh, where has the mic operating man disappeared? There’s humming in this mic.”

Everyone was on their toes as the bigwigs were going to attend the function.

The car screeched to a halt and as Mr Sudhakar alighted, a fleet of volunteers rushed to receive him with flowers and garlands. He was escorted to the stage and made to sit where a plaque engraving his name was kept. Today he was going to announce his new venture – “Innocence In Peril” which was meant to create awareness of child abuse in schools or anywhere.

The Police SUV with a proud beacon and a siren announced its arrival as the district collector Mr Gaurav Tripathi in his crisp grey safari suit and shining shoes got down and made a beeline towards the dais. Volunteers rushed to him with bouquets and garlands and escorted him to the podium.

The organiser made an announcement – “Shri Gaurav Tripathi, our District Collector would now inaugurate the event and announce its opening with his speech.”

Amidst thunderous applause, Mr Tripathi with his disciplinarian demeanour held the mic with his left hand and started his speech. He then took his seat allowing Mr Sudhakar to carry on with his event for the day.

Mr Sudhakar was in his white sherwani and after the formal introduction, started his speech… “Children of today are the future of tomorrow…They need to be nurtured, protected…”

A small girl of 10 suddenly made her appearance near the stage. Everyone knew her as she was Sudhakar ji’s granddaughter. The volunteers smiled at her as she climbed up the stage with a bouquet.

Sudhakar ji’s speech had just got over. The little girl presented him with the bouquet while he embraced and patted her.

Suddenly she walked towards the podium and said: “This is my grandfather….the great man Mr Sudhakar who runs numerous programmes for children. But today I will tell you what his real face is. If I keep quiet today, both my mother and I may die tomorrow in shame, disgrace and humiliation. This man is a beast. He violates my mother and me both, every day without fail and threatens us with dire consequences if we dared to speak. My mother cries in the corner helplessly and asks me to remain silent. But my teacher Mrs Shakti has taught me not to take injustice…”

There was a commotion and loud whispers which turned into a shout against Sudhakar. He had never expected this to happen and shocked, he started to flee. He was apprehended and handed over to the police.

The little girl was crying loudly and was being consoled. The district collector held her hand and praised her for her bravery.

“This stage today served its purpose and was used actually for what it was meant.”

Lalita Vaitheeswaran is a gynecologist having a passion for writing in both Hindi and English. She has authored 4 books of poetry, and a book of short stories, and is part of many anthologies across read more... 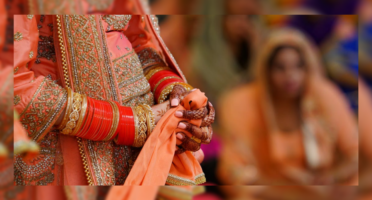 Why Are Consanguineous Marriages Still A Thing? 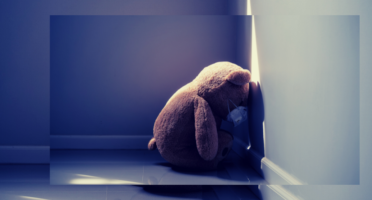 11 Ways We Can Try To Create Safe Spaces At Home & School To Prevent Child Sexual Abuse!