My mother, we fondly call her Amma, was very protective of all four siblings. She insisted on our coming back home before the street lights were on.

The most adorable thing for a child is the mother. From sucking the nectar at birth for survival to remaining dependent till on one’s own, makes her an addictive phenomenon. The cause of one’s being, the panacea of all evils, is always protective like a lioness, ready to prowl and pounce upon if someone dares enter her child’s arena and territory.

My mother is no less. She is an unending source of inspiration to all our family members. She is a leader in her way and remains so till now. I bet, a tapestry can be woven around each episode of her dynamism and heroism. We all had dismissed some of the incidents as funny, but in retrospect, I find more meaning in them.

Some such funny yet memorable nuggets form part of my childhood.

My mother, we fondly call her Amma, was very protective about all four siblings, and stringent too. She insisted on our coming back home before street lights were on and offering prayers to God. We never missed this Hitler kind of routine. To her, punctuality was to be inculcated when the child started learning things. The seeds of honesty and truthfulness were sown in our hearts at a very tender age. We were taught to share our agonies and ecstasies with our parents.

On Sundays, our indulgences were at their best. She pampered us with homemade mouth-watering delicacies and sweetmeats. She had expertise in culinary skills. Her kheer(rice pudding) was our colony famous. On days when the feast was organised in our colony and more than a hundred persons participated, my mom sat with the cook during kheer preparation. It turned out to be finger-licking delicious each time.

My father often jokingly said, “I married your Amma because she prepares awesome kheer. I happened to taste the nectar when her brother, my friend, brought in a tiffin box for all staff in the office during festive occasions.”

To which, she made faces and retorted, “It is only upon my brother’s insistence and recommendations I said yes. Otherwise, there was no dearth of proposals for me.”

Those were the days when humor could be churned out of everyday life and elicited good laughter. We laughed to our heart’s content and till the stomach ached.

It was a Sunday. We siblings, along with other friends, had gathered in the playground for the game of Kabaddi. It was my turn to enter the arena and chase the opposite gang. As I was desperately trying to touch the border after the tussle, I saw an unknown boy whistling at me. I ignored it initially, as my focus was to be out of the danger zone of the game. However, my stern look after his repeat exercise was enough to drive him away.

The next day, I found him stalking me while coming back home from school. I was scared and thought of sharing my concern with Amma. After listening to the details she reprimanded me, for having ignored the very first such instance.

Next Sunday, both the teams of kabaddi came well prepared as the referee had announced rupees hundred as prize money. The money belonged to all of us though. We had contributed five rupees each. Still, it was exciting. The tempo of the game was set. During the climax, I was distracted and petrified. I fell to the sound of high pitched warbling tone and was tossed out of the game. As a team, we lost.

I could get the heat of cursory glances of my teammates for having nipped their hopes of winning in the bud. I was dejected and vowed to punish the culprit abundantly. As I took a closer look, I could figure out that the boy did not belong to our colony. Before I could reach to slap him, he rode his bicycle and sped away. I had to espouse the grudge till some suitable opportunity and pay him back in his coins. Just then, I could find some commotion in the backdrop. As I turned to take stock of the matter, to my utter surprise I found a lady in a saree, running after him, chasing him rather.

Five minutes later, the boy was on the ground, the bicycle was on his top, and Amma was seen hitting him with a stick, hurling abuse at him for his misconduct. She was roaring like a lioness.

A sight was, to behold. I remained static, my limbs remained in a frozen state and I skipped a few lifeline beats. My heart leaped like a drunken ape afterward and I clamped my jaws in bewilderment. It was no less than a “fist of fury” enactment.

There was pin-drop silence in and around the field now. No one seemed to be interested in the fate of the game, nor with the prize money. Slowly people gathered and the boy was freed from Amma’s clutch but not before, saying “sorry” ten times in a loud voice holding his ears. He was threatened with dire consequences if he strayed further into the compound. The security guard too was summoned and cautioned, not to let people inside without proper identification.

The boy had been stalking me for a while and I was not aware of it. Back home, when I narrated the incident at length, my younger sibling said, “Didi, I saw the fellow thrice before. He watched each movement of yours intently. Somehow, I ignored his moves as I thought, it was nothing to be scared about.”

Amma shouted, “Milli, why could you not inform me before? You people have started the practice of sidelining me, it seems?”

With papa’s intervention, things could be sorted out.

“Just let go, my dear. We should thank God that nothing untoward has happened. The way you handled the ruffian, is no less than any heroic deed!” Very fondly papa spoke to appease Amma and restore normalcy.

“Rescue operation has been completed. Now, could you please arrange for some evening snacks Lata, we are very hungry?”

Looking at Amma’s grumpy face papa modified his request, “Could you please bring plates, spoons, forks my dear children! I have ordered pav-bhaji, samosa, burger, and pastries. The delivery person must be coming. I have paid online.”

“Papa, is there any special occasion?”

“Are we celebrating?” The chirps, inquiries, and twitters went on.

“Yes, of course! Your Amma has won the battle after a prolonged fight with the enemy. This calls for nothing less than celebration.”

The entire atmosphere was filled with peels of laughter. We all enjoyed both, the snacks and the laugh.

When I sit to contemplate my life’s sojourn, this episode flashes very often. I remain flabbergasted, how that day, the otherwise meek and mild person became a virtual lioness, bold undaunted to protect her cub!

“Our mothers always remain the strangest, craziest people we’ve ever met!” Per se, is true both in letter and spirit. 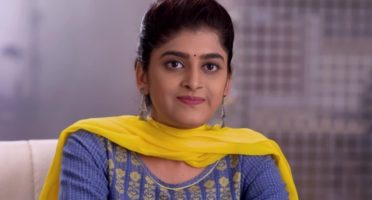 As A 5 Feet Nothing 'Petite' Woman, I've Been Called By Names 'Chotti, Natti', Until...