Within And Without: A Tribute To My Grandmother

Grandmothers are special, magical people. They leave a lasting impact on their granddaughters, one that remains within long after they are gone.

Grandmothers are special, magical people. They leave a lasting impact on their granddaughters, one that remains within long after they are gone.

She is the link between one thought and the other; she is the conduit through which my senses connect to the life outside. She remains still in the moment, yet flows from one day into another, filling my time and space. She is the amazing woman who nurtured me, loved me, pushed me, admonished me, made fun of me. The one who was there in all my difficult times and is still there when I am at crossroads.

That is my grandmother. I remember when I clearly communicated my preference to stay with her rather than go with my parents to another place. What could have prompted that four-year-old to move away from the love of parents to live with the grandparents?

I could have been attracted by the big house filled with people and interesting activities going on almost always, the legendary cooking skills of my Patti (grandmother) or her sensory-rich story telling; but there was a pull, a connection that was beyond the power of words between her and me.

Abiding by the traditions of the period (the 1930’s), she was married off just as she was entering her teens. She had not even seen her husband before the wedding. Her in-laws were a big joint family, with a typical patriarchal structure.

When she had to be formally invited and brought into her newly acquired home, there were demands for diamond earpieces and nose stud. The usual negotiations, the voiceless husband who placed obedience to elders and the patriarch as the highest attribute and the uncertain waiting period had all created a deep impact on the 16-year-old girl-woman. She was blessed to be surrounded by brave and wise women, particularly her  काकी/ பெரியம்மா (father’s older brother’s wife) who taught her to recognise her self-worth. She had an analytical mind. She was so methodical, great at planning the little details and rational in her approach to people and events. Her photographic memory and the sharp brain enhanced her story-telling sessions. 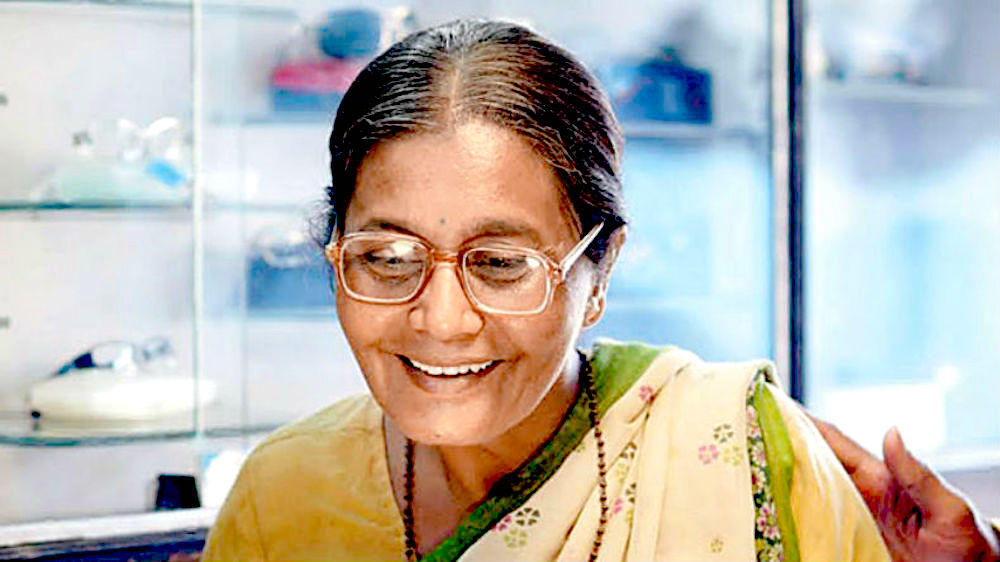 Would You Like To Know The Fascinating Story Of My 100 Year Old Ammamma’s Life?

How I loved the dark nights with the sounds of the city slowly winding down, the only voice used to be Patti’s! Lying on either side of her, my brother and I used to demand that she faced us while narrating the war between Rama and Ravana or the childhood exploits of Krishna. She used to deal with our sibling rivalry with her innate sense of humour.

I have lost count of the number of times she has narrated the story of her aunt, giving a great declaration to the patriarchs of the family, and the elder and younger mothers-in-law. “She is no more our daughter but your daughter-in-law. We have given all that we can as wealth to support her. This very same young woman that you now look down upon, will be your nurturer and you all will be looking up to her in the coming years”, I remember patti telling me how this great-grand mother advised her to stand firm yet show love and respect to all of them as they were to be her people. 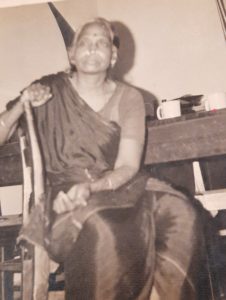 She never lost  her cool when her husband completely ignored her for days together. Her self-confidence and conviction in what is right turned him around and all the elders – not only her in-laws but even thatha‘s (grandfather ) uncle and aunt, who were looked after by her in their old age. With the passing of time, the patriarch of the household, the uncle used to come and ask her opinion on many issues, I have heard.

She was tall for her generation of women and was always neatly turned out in her nine-yards saree. Even after cooking a feast for about 50 people, she would remain fresh with no hair out of place. Her management, financial skills and planning were amazing! She never compromised on the daily rules and disciplinary routine till the end but that did not cause trouble to others. There was no blind faith and rituals in her life and she had beautifully sketched the nuances and layers of each of the festivals we used to celebrate at home.

Her classy and subdued style of dressing up had its appeal to the third generation too. At her wedding, my elder daughter insisted on patti’s supervision of her hair do and dressing up.

There was never a moment in her life when paati could heave a sigh and feel relieved of her difficulties. Her only son, my mama, had a developmental disorder (possibly something on autism spectrum) and her daughter, my mother, was physically not a very healthy person and had occasional bouts of depression as well. She had to confront the people at home to consider medical help for her son. Without awareness about these conditions, people lacked sensitivity and empathy to deal with such disorders. She managed to find her own procedures to engage her son and let him grow in his own pace. She very well knew that worrying about what would happen to him after she was gone was futile.

None of these challenges hampered her zest for life. Her quest for knowledge, sharp wit, narrative skills and that sense of humour earned respect and affection from the people around her.

Everywhere I turn around, every work I do, the way I deal with people, in every event big and small, I feel her presence, hear her voice. Many times a day, I bring her alive as I talk about her to whoever is there with me. Many times when I am alone, I can almost hear her voice. The past and the present blur; she is within, yet out there engulfing me with one assuring glance…

My first hero to model on was her and I realise she still remains someone I can draw inspiration from.

I hail from the temple city- Madurai. I am retired from teaching but am keenly interested in all things associated with teaching-learning and education. Hence, now I do teacher training, conduct workshops and develop read more...

Gender based discrimination and double standards in India come as no surprise. Patriarchal norms are so ‘normal’ that we rarely question them. Pranay Manjari, an architect by training, and a determined and bold young woman, refuses to accept this cycle of oppression and raises her voice for all the women who silently suffer in the name of ‘tradition’.

Manjari’s recent short film, ‘She is married; not dead’ explores how an Indian woman no longer remains a ‘daughter’, once she becomes a ‘daughter-in-law’. The film portrays how women across class, caste, region, or religion face the issue of being unable to support one’s parents after marriage.

Initially, her in-laws helped her with the household expenses since the pension she received as a police constable’s wife wasn’t enough. And one day, she decided to work!