Though menstruation is a natural occurrence, it is still considered taboo across cultures. Time we stopped being ashamed of our periods?

Menstruation is a genuine issue that has constantly been a matter of problems and controversy. There are several taboos and myths regarding this phenomenon. In India, the culture of barring women from socio-cultural life still prevails.

Such restrictions have an averse effect on the emotional and mental state of women to whom the period is nothing but a natural monthly routine. There is a drastic need to change the strategic approach to fight these issues.

Periods are still rarely talked about at home

Access to sanitary pads is limited in low-income or middle-income families. However, women often utilize grimy garments, leaves, or animal skins to control the progression of periods. The well-being and security of the young ladies is a significant concern.

During their periods, girls are often restricted from going to schools on their first day with an intention of fear, embarrassment. This demoralises them. The adolescent girls who are effectively impeded by abnormal practices often miss educational opportunities.

Menstruation is rarely a subject of discussion in a family, community, or even at school. Young girls rarely have any prior knowledge about this. A UNICEF study shows that more than half the adolescent girls in Ethiopia don’t receive any education about menstruation before their first periods.

Menstrual hygiene is another unspoken of issue

In fact, a few misguided judgments also take place where families rebuff young ladies for engaging in sexual relations or being assaulted. Customary menstruation maxims in many societies forbid women from kitchen, fields, and temples.

Various researches in India found that between 43 percent and 88 percent of the girls wash and reuse cotton cloths instead of disposable pads. It has been proven that cloth is cleaned without soap or detergent and dried inside the house due to social boundaries and restrictions. The global Menstrual Hygiene Day on May 28, aims to unite businesses, associations and web-based media to end the taboo and stigma.

Every woman has the right to have a hygienic period. The concern shouldn’t be whether to use pads or tampons or biodegradable menstrual products. That is a matter of choice. The prime concern is the well-being and sanitisation of women who suffer from hazardous health risks if appropriate measures aren’t taken.

If pads aren’t changed every four to five house, and hygiene not maintained during periods, there is a high danger of contracting the urogenital tract infection. A BBC magazine research showed that 70 percent of the reproductive system in India is contaminated due to poor menstrual hygiene.

It is 2020 and time we spoke proudly about our period

Social change is the need of the hour and to maintain it, education is the key. Teachers are the draftsmen of the society and the ones who can educate the girls and the boys about the reproductive system and menstruation.

Major changes have occurred till 2020, yet there is a lot to discover. Empowering the society about how to maintain menstrual hygiene is a massive task as there are more than half the population of India.

The need and necessity of thousands of women are crushed because people are embarrassed to discuss menstruation openly. It is time we evolved and smashed the silence and shouted to say, ‘Yes, I bleed red and I am proud of it!’ 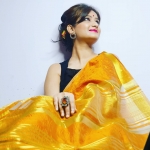