After She Fell, She Went From Timid And Shy To Badass And Confident! 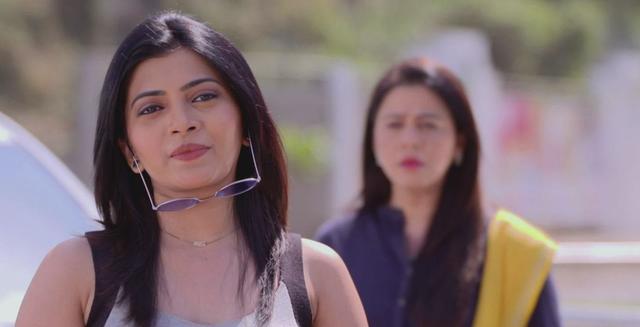 My cousin Preethi is a CEO of renowned construction company. She is a great inspiration to a number of women. Since as we were kids, we’ve always been more like friends than cousins. And I always knew she had great potential in her, even before she figured it out herself.

Preethi has always been good at whatever she does, ever since she was a child but she wasn’t as bold as she is now. The younger of the two siblings, Preethi was always a very quiet girl. She never spoke to strangers and even hesitated to talk loudly with her family too!

Her entire life revolved around her family and her parents words were like the vedic script to her. She never disobeyed them. Everyone liked Preethi and her obedient nature. My parents too, compared me to her ad told me to be more like her and learn from her. I never listened to them but it doesn’t matter anymore.

Preethi studied civil engineering and was an academic topped. And as soon as she completed her graduation, she was married off to a man of her parents’ choice. He belonged to wealthy family and her life looked perfect to everyone on the outside.

Her life, in reality was awful. Her rich husband was a drunkard and beat her up almost daily for no reason. And no one in his family was sympathetic toward Preethi. Neither would her parents understand her. They only asked her to adjust to it and told her that a baby would definitely change her husband.

But her reality was different until…

Preethi literally lived in hell! He tortured her to no end. And she begged her parents to let her divorce him. They refused since her husband’s family had loaned Preethi’s brother money for his business and since a divorce would be a disgrace to the family. After all this, Preethi had lost all hope in life.

And one fine day, something ignited in her and she stepped out of her marriage. She asked her family to help her with the divorce but her brother yelled at her and raised his hand to hit her. That moment, she grabbed his hand and pushed him away to her family’s horror! They had never seen her like that. And soon, she moved away from them as well, without asking for any help from anyone, including me.

Neither her parents nor her in-laws looked for her after she left. With the help of some of my friends, and without telling my family I tried looking for her. But it was all in vain, none of us could find her.

She decided to change her life herself

Until one day, when I got a call from an unknown number. From the first word itself, I knew it was Preethi. And I didn’t have words to express my joy of speaking to her and hearing her voice. She didn’t say much but asked me to meet her at a park near my place. Without informing my parents, I went to meet her. When I say her, we hugged each other for a while – me holding her tight while she was her gentle self.

There, she explained everything she’d gone through after she left home. She’d stayed in night shelters for several months while working at a number of hotels as a server. And while she did that, she was also harassed by a lot of men. But she managed to escape them all.

One day when a man followed her back to the night shelter and a transwoman Vahitha saved her. After this she lived with Vahitha sister. And with her help, Preethi worked as a helper with a famous cinema artist.

Listening to all this, I felt extremely sorry for her but I also saw a change in her. She was no longer the calm and shy Preethi, she was now, someone who could survive and cope up in the world on her own.

She is the one I want to be like now

Since then, Preethi and I are in contact, without either of our parents knowing. Because, my parents, who once wanted me to be like Preethi now tell me not be like her. And again, I didn’t obey them. For this is the Preethi I’d like to follow. Like her, I’d love to take bold decisions too.

Armed with her certificates, she applied for all the job interviews, she came to know of and finally got a job at a construction start-up. She worked hard for the company. As a result of her hard work, soon, the company became renowned construction company.

Now ten years later, she is a CEO of that company. She also started a home for helpless women, children, transwomen abandoned by their family and named it ‘Real Family.’ Today, she has been awarded a number of accolades for her work in women and children empowerment, social work, and business.

Watching her growth, her brother and husband tried to renew their relationship with her. But, she refused them to enter into her life again. Now, Preethi’s life revolves around Vahitha, me and ‘Real Family.’

Though a little late, last year, on our annual vacation, I asked her, ‘What happened to you that day? How did you decide to leave your husband?’

She smiled and said,”Two days before the day I left that hell, I was sitting and crying in the balcony when I saw a magazine with a quote by Oprah. It said, ‘Go ahead. Fall down. The world looks different from the ground’. And it stuck in my mind. It seemed like message from god. And, I moved out. That’s all.”

After a minute she continued, “Oprah’s words are true. When we fall down and get up, world looks differently at us and we also look differently at it and how people see me now. Thank you Oprah.”

Hearing this, I didn’t say or ask her anything, I just smiled back and thanked Oprah Winfrey.