Living With Bipolar Disorder Is Not Easy But I Am Trying And Living, One Day At A Time…

My painful journey with bipolar disorder began shortly after the birth of my son. It took me a while to understand it. But today, I battle it fearlessly.

Trigger warning: This post contains details of bipolar disorder and could be triggering to those suffering from any mental health issues.

The idea of writing this article is to share the experiences I have gone through in my life suffering from bipolar disorder. People think mental health as a taboo. But in recent times, several people including celebrities have started talking, and sharing their personal experiences on social media. The aim is to spread awareness about mental health.

Here I have penned down how I sailed through the phase which was the most difficult part of my life. I also like to share with the viewers how I dealt with and still dealing with problem successfully. It is a black cat following us, though it looks very scary we should know how to control it.

How it all began

I’m a mom of two amazing kids. The elder one is a daughter who is of 11 and the younger one is seven. It’s been a journey of leading a successful life with a busy schedule and taking care of the kids. Not only me, but all mommies barely have time to think about themselves. They rarely have a way to let out their feelings or spend some time with their own selves.

Until my second delivery, everything was going well. And by God’s grace, it was a normal one after ten long hours of pain. I had a boy and the age gap between him and my daughter was six years. Everyone was happy, especially my mother who was elated to see a baby in her hands. Both the baby and I were perfectly healthy.

After a month, one fine day when I woke up with severe palpitations which scared me so much. It was as though I was riding a horse and it was out of control. I didn’t know what to do.

But I consoled myself thinking that it was due to sleepless nights taking care of the baby. I thought soon I would be okay. But it was the same story for consecutive few days. That’s when I felt something was wrong with me.

How my family reacted to it

Finally, when I was unable to take it anymore, I told my mom something was wrong with me and I’m have a hollow feeling. As expected, my mom told me it was because I was exhausted taking care of the baby.

My dad being a businessman who thinks work is worship and wasn’t able to understand what my mom was conveying to me. I was so confused I didn’t know what to do. And I was at my mom’s house and my in-laws were at my house taking care of my daughter and my husband. My husband used to visit me and the baby every other day on his way to home from office.

Every woman likes to spend the post-delivery at mom’s place, but I wanted to go back to my house, which is very close to my mom’s. But my mother-in-law insisted that I stay at my mom’s house for three more months.

It came to a point when I was completely saturated and burst out to my husband. The biggest issues was that I simply couldn’t understand what was happening to me and why I was feeling the way I was.

We tried a lot of remedies but none seemed to work

As usual, my mom and I tried a lot of home remedies – some which she knew and others recommended by people. Mom even took me to a lot of temples. And to distract myself, I even started going out for walks every day.

At home, my mom played a lot of spiritual songs and videos. She also gave me stuff to do around the house. I did all of that but wasn’t too involved in it. People told me to spend more time with the baby. But as the days passed by, I started losing interest in everything. I even lost faith in the bond that I ought to have, as a mother, with my son.

Then, finally, I was back at my own house after having spent three painful months when I should’ve had peace. The change of place actually did help me, but not for too long.

Waking up each day was a task and I would wake up and end up crying all day long. I’d be fine for an hour after I woke up but slowly, I’d start feeling low. The worst part were the mood swings. They were so bad, I barely knew when I’d be okay and when I wouldn’t be.

The turning point in my life came

When my mood was low, neither the best place, nor my favourite people could change it and make it better. And that was one of the worst things. I’d begun losing my appetite, and my sleep. It seemed like I was depriving myself of everything.

I even stopped talking to people even though I love talking to my neighbours. Even when I did talk to them, I only spoke of my problem and sought a solution. There was a time when I could talk on the phone for hours but I stopped doing that too.

I started losing interest in things I really liked to do – watching TV, stitching and cooking. Everything seemed too difficult to me and each passing day was a challenge. The worst part was that each minute passed like a year.

I still remember the day when I decided to just give on on life. That was the day that became a turning point in my life. My mom was feeding my son that day and I left, telling her that I was going to the temple and would be back in an hour.

I just walked and walked

And so, I took Rs. 150 and left. It was evening and I started walking, not really knowing where to go, I just kept walking. I’d covered almost four kms when I started calling my family one by one.

First, I called my husband and told him that I’d left and not to look for me. Then I called my dad, sister, brother-in-law and all cousins and uncles. I told them all that I’d begun hating my life and didn’t want to live anymore and I told them to take care of my kids and husband.

They were all shocked and tried to console me but nothing worked. Meanwhile, one of my cousins started tracking my phone to see where I was.

I kept on walking. And then I took an auto to a church. Ever since I was a kid, I liked going to a church. And here, I knelt down in front of Jesus and started crying. I looked around for a priest to talk to but he wasn’t available.

Then something happened and I changed my mind. I called one of my favourite uncles and told him where I was and shared my location with him. He called my dad and my husband who came to the church with my sister and brother-in-law and took my back home.

Once we were back home, dad asked me to go to bed and that we would discuss it all the next day. The next day, I woke up as usual and had a shower, however, I still didn’t feel like eating.

Then, I went to my dad and told him I didn’t want to stay at their house anymore and that I wanted to take up Christianity. My dad’s reaction to this was unexpected. Instead of trying to reason with me he said, if I did that, the relations between me and my family will be cut off. And that I wouldn’t be allowed to see any on, including my kids. It was a thunder strike that he gave me!

So I started crying and tried to explain to my family what I was going through. That’s when they came to conclusion that I should be taken to a psychiatrist. So, I visited a lot of psychiatrists. Some gave me medicines and other recommended therapy. Finally after changing four to five doctors, I found one who could actually understand my problems and feelings and who could treat me better than other doctors.

So what was happening to me?

The doctor told me I was suffering from a mental illness called Bipolar Disorder and described it as an illness where one suffers from extreme mood swings. Currently, I am taking medication with an alteration of doses whenever needed. Diagnosis of bipolar disorder is very difficult and bipolar disorder does not affect all who have depression.

I am lucky that my doctor is a very supportive and soft-spoken one. Even though all the others were good too, it just wasn’t working for me. A doctor whose treatment works for a patient is the best doctor according that concerned patient. This is natural and so was my doctor for me.

After I was a little stable with my medicines, I started researching on how I could help myself heal. I started experimenting all possible ways. Though it was a difficult task, I was slowly able to follow certain techniques that helped me. Here are some that helped.

My acceptance and healing process

What I learnt now

After following all the above in a disciplined way, my life which was a roller coaster ride came to smooth running water. It is always better to seek for a medical care when the situation is out of our hands.

Talking to people, making people understand our problem is very important. I was indeed lucky to have a great support from my family especially for one year after my delivery. I’m very thankful to my sister who took care of my son when I was not even looking at him.

Last but not the least reading a lot of books which teaches self-motivation actually helps a lot. I want to share some books which was of a great help to come out of this problem. Whenever I feel scared or upset, I read motivational books. 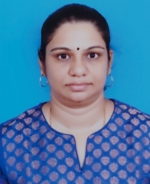 I'm vidhya. I'm a home maker with two kids. I have a passion

It’s Time To Bust These 12 Myths About Bipolar Disorder

How To Love A Bipolar Person? 22 Ways I’d Ask My Dear Ones To Love Me