As A DIL, Do I Have No Place In Your House? Do I Not Deserve To Be Loved By My New Family?

Once a woman is married, each act of hers is judged, and her in-laws are insecure with her presence. Rarely are they ready to accept her presence in their family.

She left her home, her parents, her siblings maybe even her city and state – everything she knew, she left. And she did all to live with new people, in maybe in a new city, possibly in a new culture. I am talking about every newly married Indian woman who enters a new home filled with positivity and hopes and dreams of love.

She is ready to accept the new people wholeheartedly. And dreams of living like a sister with her sister-in-law and daughter to her in-laws. She hopes that she’d be accepted and understood by her husband as an equal and a soulmate.

Why are her expectations shattered?

But why does every Indian woman have so many expectations of her marriage, her husband and her in-laws? Is it because she has sacrificed almost everything for this new home? However, in most cases, her dreams are shattered post marriage. Once she is married, each act of hers is judged, and her in-laws are insecure with her presence. Rarely are they ready to accept her presence in their family.

Then, why are parents so keen on getting their sons married if they aren’t willing to accept his wife wholeheartedly? A girl is expected to treat her new family as her own, but why doesn’t the new family do the same?

The situation is worse for the girls who aren’t as confident or independent. These girls are often suppressed by their in-laws. A daughter-in-law is expected to let go off her self-respect and constantly be nice to everyone even when she barely gets any respect. But if she decides to fight back and behave the same way, she is judged for not being submissive enough and as ‘unsanskari.’

In such stressful situation, the new woman is expected to feel normal as though she is an emotionless creature. So, most women end up crying in their own rooms and don’t let anyone know of their plight for the fear of judgement. It is, often, so bad that even the most confident women feel helpless in such situations.

She rarely can stand up for herself

Many of the women never speak about what they feel and how they are constantly judged. They can’t gather the courage to stand up for their own identity and self respect. What is important for women to understand here, is that they are not wrong if they feel ignored by their family.

Women need to muster up the courage to respect themselves if the people don’t have guts to accept them. Most importantly, they have to understand the importance of financial independence. This plays an important role in giving them courage to stand up for themselves in such situations.

Women need to understand that they have a life beyond their husbands and in-laws. If their dream of living in a happy family is not fulfilled, they can still have so many dreams not dependent on others. They need to start living for themselves instead of such people who don’t understand their value and worth. These women need to dreams again, they need to dream new dreams with new hopes. 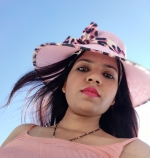 Ghar Ghar Ki Kahani That Shows How Deep The Rot Is, Destroying Lives And Families