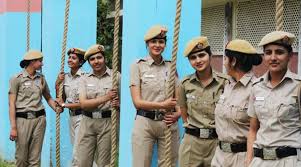 During these uncertain and difficult times, small moments of happiness and joy can sometimes mean all the difference in the world.

An appalling April summer clenched at Constable Sudha’s throat, a little tighter than her deep muddy belt. She rushed to the traffic booth to grab a trickle of water. Heavy patrolling and tackling rebels for the last three weeks amidst the COVID-19 lockdown was taking its toll on her. But her spirits were intact. As she was rummaging in a slightly ripped satchel bag, for anything that could be a quick bite, Constable Rangoli came stumbling with a big bruise on her left leg.

‘What happened Rangoli?’ asked Sudha running towards her.

‘’Another teen with an unruly temper on his two-wheeler. Just got into a scuffle with him. In a bid to escape, he rammed his scooter. Don’t worry Sudha,’ said Rangoli, shrugging her shoulders.

‘’But you are bleeding quite profusely, the gash seems to be deep. At such critical times, I miss that one bed we had asked for the ladies staff. Not once did that tyrant Chidanad think before snatching it away and stacking it in the men’s corner. They already have two, you know,’’ said Sudha.

‘’Sure, life doesn’t mean a bed of roses but for some it doesn’t even mean a bed,’’ quipped Rangoli. Both the ladies giggled.

That night, after Sudha reached home and liberated her hair into a cascade, she wistfully watched her family blanketed and sleeping soundly. Hopefully, they will continue to meet me in their dreams for some more time, she thought.

The next day, on a crackling hot morning it was, Sudha remembered to ask Rangoli about her wound.

‘’Hsh….  Sudha. I am fine. Chidanand is around. You know, he already thinks women are a bundle of emotions, ill-fitted for the traffic police force,’’ whispered Rangoli.

Sure, Sudha wasn’t your regular police person with a butterfly moustache and murderous eyes yet her toughness and resilience was an inspiration to many of her subordinates.

She could wield the baton with the same dexterity she could pluck a fresh flower to be tucked into her bun. If you couldn’t harden her soft edges, you couldn’t soften her hard edges either.

While working in the traffic police force was a feather in her cap, serving Sub- Inspector Chidanand Singh was a pain in the neck. Running the show for him was equivalent to making his juniors run around insanely. In spite of her limp, Rangoli was ordered to go cycle more than a kilometer to be on duty on the other side of the city when he could have easily deployed someone else.

Sudha toiled along with her colleagues to enforce the lockdown aggressively. The dawn to dusk curfew was driving people dizzy with anxiety and anger who were ready to spit, harm and abuse the police.

The bonds of friendship and solidarity

At around 7PM, when Sudha took out a piece of khakra from her tiffin box, her first bite after leaving home in the morning, Chidanand announced that no one was going home as they were all on night duty for a few more hours to keep any eye on the perpetrators of disobedience.

Immediately, he came round in his jeep that sounded like the rumble of a distant thunder. He waved to a few sub inspectors along with Sudha and Rangoli to get in fast. The night was calm, like a balm to the body after a hard day’s work. Sudha wondered if there were more stars in the sky or stray dogs on the road.

‘’There’s a mini rollercoaster going on inside you,’ remarked Rangoli, observing Sudha. ‘’What’s the matter?’’

‘’Nothing’’ said Sudha, yet after an uncomfortable pause, she whispered, ‘’My stomach’s writhing in pain. I have been wanting to relieve myself for a very long time. I was desperately waiting for the sun to set so I could go into the bushes. By then,Chidanand got his jeep. I didn’t get a chance.’

Chidanand’s jeep came to a halt in the isolated heart of the city. The subordinates were asked to take rounds of the area.

‘’There’s Bijli, our one- stop solution,’’ screamed Rangoli, pointing to a jauntily plump sweeper sitting on the roadside.

‘’Bijli, I desperately need to use the toilet,’’ uttered Sudha.

‘’Of course,’’ replied Bijli, offering her the key to the nearby public toilet.

‘’My broomstick has become my magic wand, madam. Look at the road, it is so clean without the spits and stains of insensitive people that it looks like a reflection of the sky at night,’’ said Bijli proudly to Rangoli after Sudha went.

‘’Hmm…… and why haven’t you gone home till now?” asked Rangoli.

‘’I’m waiting for my husband to fetch me on his bike. The authorities have allowed it because there is no other means of transport. You know, it’s a lovely romantic ride back home. I don’t have sumptuous hair to fly in the wind but my broomstick has ample bristles to shake and make music in the night wind.’

The three women burst into laughter . Feeding off each other’s energy, kindness and humour, women like Sudha, Rangoli and Bijli weave such moments together into a long- lasting tapestry.

Suddenly, she heard a weird whimper rising intermittently amidst the howl of a pack of strays. She followed the sound to find it coming from a discarded gunny bag moving eerily. She immediately picked it up and opened it. Out leapt a heap of coiled gold fur from which popped out two melting eyes. Sudha looked into his marooned eyes, marooned both in sense of colour and feeling.

It was a golden retriever looking gaunt and depressed. Sudha fed him some peanuts from her pocket.

As Sudha was wondering what to do, both Chidanand and his jeep came grumbling by. Rangoli waved to Sudha to hurry. Sudha came and told Rangoli about the dog.

‘‘It must have been abandoned. Hundreds of expensive breed dogs are being left outside their homes in the fear of getting infected by them . Enough volunteers and doctors have emphasized that pets are completely safe to have but people don’t care. Pets are most often either status symbols or ill- omens. Some lucky ones in between are family,’’ said Rangoli.

‘’This is merciless,’’ exclaimed Sudha. ‘’Is there not enough misery already? Man is so proficient at inventing new ways to harm innocent elements of nature and one slap from nature, look, man can’t handle it. It turns into a pandemic,” she added.

The joy brought by the dogs

As Sudha was speaking, she noticed Chidanand’s eyes expand like a rainbow balloon. She looked in the direction of his eyes to see the retriever running towards the jeep. The dog started jumping high almost reaching the window, egging Sudha to not leave him behind.

Impulsively, Sudha opened the back gate and let him in. His thankful tail couldn’t stop its pendulum wag. To her surprise, another ball of light grey fur on four legs raced towards the jeep. He had probably been watching from a dark corner.

It looked like a thirsty dachshund. The poor little thing couldn’t even jump but his sad eyes told Sudha what he wanted to- if you can take this golden chap with you, why not me ? He went along too.

‘’These ladies, I tell you, have no passion to be in the police force,’’ grudged Chidanand from the front seat.

‘’We have compassion Sir, and passion, if you look at the spelling carefully, is a part of compassion,’’ retorted Rangoli as politely as she could.

The two dogs were a bundle of joy, lighting up everyone’s mood with their silly antics and expressions. No one could pass by them without a smile. They exuded such warmth and optimism. Maybe they knew in their hearts they had been dumped. Such was the consequence of the pandemic, some locked inside their home, some locked outside and some rendered homeless.

Relish the beauty in small packages

The next day when Sudha woke up at the crack of dawn, she realized she was still feeling a little exhausted. She stared longingly out of the window, at birds drifting across the sky. For a moment she wished she were a bird, free to fly wherever she wanted. For a moment she wished she were the sky, free to be what it was. But then it struck her if she were herself the bird and the sky, would she have ever known how beautiful they were? 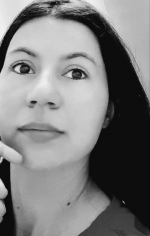 An English language specialist who loves to write and weave fascinating interpretations on paper. Her

Kheer, In The Middle Of The Night