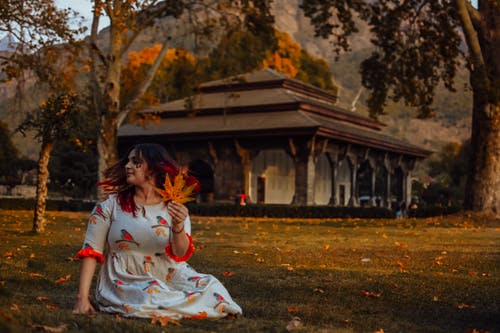 When we go through life’s many trials and tribulations, we sometimes need that one ray of hope to push us forward and help us see the light.

On January 16, 2020, Sia’s world underwent a transition. She sat down on the bed with crossed legs squeezed together. Sia’s body drooping limply from her shoulders belied the unbending precision of her legs; the insensate austerity of her face and her ascetic demeanor belied the pose of her body and she could no longer feel the blood running in her veins. Her face was grave for she has a broken heart and her tears aggravated her pain which made her sleepless. She had to embrace the truth of her life – the man with whom she had envisioned her future turned out to be the greatest deception of her life.

Nevertheless in her stillness, she was assuaging her broken heart from the scars of verbal abuse, misery and despair which she received from her Ex in exchange for the unconditional respect and love which she gave to him!

What was her fault? She loved him so blindly that she couldn’t foresee that whom she thought of as a rose would be a thorn for her life; her Ex not only cheated on her but tore apart her soul with  his incessant lies!

Recovering from her traumatic experience of unrequited love, Sia garnered courage and didn’t think of all the misery but the beauty which was still inherent in her life in the form of her faith in humanity.

Was she right when she thought that God would send her a concrete angel?

We all know that life isn’t a fairy tale and every girl isn’t a Cinderella but Sia’s life was meant to take a dramatic turn! On 21st February 2020, Sia heard an author’s talk at a Center in Flushing, New York. The talk brought much clarity to her about her life’s purpose and in a moment her mind got calm. Though Sia had already cut off her ties with the toxic masculine connection from her past,  the bitter memory of that toxic connection was trapping the innocence of her soul child.

The talk made Sia realize that for her soul expansion, it was important for her to release her soul child from bitter memories of the past. After the talk got concluded, Sia tried connecting with the author who delivered the talk but in vain.

A concrete angel in her life

A coalesce of serendipity and destiny made Sia took a leap of faith towards that author on 9th March, 2020. Sia didn’t realize that the author whom she considered a stranger would bring forth great lessons for her life. This fated divine connection with a stranger was going to last forever in Sia’s life and her memories. He was not just a strange author but a concrete angel who helped Sia grow strong emotionally and professionally.

Though, in his communication with Sia he strictly maintained things on a professional level but he resolved to send help to Sia through his friends; he did send help to Sia through his friends and they all helped Sia learn new things in her professional life. Sia was taking fresh lessons in her life, growing strong emotionally and thanking God for sending exceptionally good souls in her life.

It was not God who deserved Sia’s thanks but God’s concrete angel!

Thanks to the concrete angel!

Truth cannot be hidden for long just like the sun, the moon and the stars. Sia too had to come to terms with the biggest truth of her life. Sia realized that the exceptionally good souls who were reinvigorating her life had walked into her life through the guidance of her concrete angel – that concrete angel who never expected Sia to say, “Thank you!”; that concrete angel who never expected Sia to realize that he was sending help to her because he didn’t wish Sia to feel obligated to him. This wise concrete angel was the epitome of perfection and order but publicly he never corrected Sia when she got childish with her comments on his Social Media wall; he tolerated all the insanity of Sia without labeling her as a ‘Digital Illiterate’ (a title which Sia had got from her Ex)!

This humble concrete angel behaved like a kid with Sia when she behaved like a kid! He protected and safeguarded Sia’s interests even without letting her know that it was him who was doing all that unconditionally and gracefully without seeking even a small gesture of thanks in return. Had Sia given up on her hopes to rediscover the beauty in her life she wouldn’t have attracted exceptionally good souls in her life, she wouldn’t have attracted positivity and unconditional true love in her life – she couldn’t have found her concrete angel. One fine morning when Sia woke up from her bed she wished to thank her concrete angel but she didn’t thank him because she didn’t wish to make him feel obligated towards her.

Upon the realization of truth with tears of gratitude rolling down her cheeks, Sia said a humble prayer to Mother Nature, “Mother Nature, please be kind to all the women on this planet Earth the way you were kind to me! Let no woman be in sorrow or despair. Let all women find strength to overcome their problems. May our Earth witness manifestation of more such concrete angels who consider a woman as a human being prior to considering her as a woman! Please, bestow more power, joy, love, bliss, prosperity and success on my concrete angel and all such concrete angels who care for the welfare of their fellow human beings.”

With soulful recitation of her divine prayer, Sia resolved to unconditionally pay forward all the help she received from her concrete angel to all those women who deserve it the most! 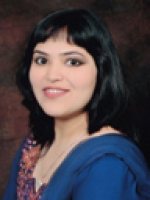 Sai Aanchal is a Ph.D. Research Scholar in the Department of Sociology, Panjab University,