Lessons for the modern world we live in through the Doordarshan epic show Ramayan and its implications in the current world.

Lessons for the modern world we live in through the Doordarshan epic show Ramayan and its implications in the current world.

I am a 2000s born and you know if you’re born after 90s you have always heard dude you know what gold you had missed watching in TV, this is nothing, our time was fabulous, marvelous, awesome. And what not but that worth hearing from them as now once I watched the shows from my eyes. They did justice to the work. The series has bounded the older to younger generations of India, and they are ruling the internet from the time it was on aired on our TV. Those who still don’t pay attention to series are declared as demons of modern time by there parents it’s funny and happened with my one of my friend, But are we getting the right lessons from Ram, Lakshman, Sita and Yudhishthir, Bheem, Arjun, Draupadi because it’s been so long and these characters are not modern like Professor of money heist or Gaitonde of Sacred Games. So here’s my modern lessons I learned from our old but always new epics

Where in world divorces, breakups are becoming trend they set an another bench mark of being in a relationship where situations were not in there hands but still stayed together had faith in their partners and loved ones. Gave all they have in them dedication, time, love. Most important thing was respect for the others no matter what they did who they are they was kind and gentle with them which will always remain in highlight. We also can do being little in moderation and managing our other works like they do too.

Art Of Handling The Situations

We sucks in this, and you can not deny this everyone at one point loose their patience and yell on others and other unwanted actions which apparently bombs us as karma. Worst point we loose many things due to anger and impatient behavior. I learned this from Ram of Ramayan being a king of everyone’s heart he didn’t reacted awfully when he was going to forest and there was several odd conditions he faced though he had powers and we are humans we can’t just get an arrow and throw them to the annoying creature but atleast we can handle it wisely with full mindfulness and staying in the conscious watching our words so that we don’t have to regret it later.

Sense Of Treating Everyone As Equal And Respect For Them

Well we all are sexist or racist unknowingly or knowingly once or multiple times. We really don’t care about our behavior towards other human who is equal human as you are. Ramayan is full with these example from shabri ke jhuthe ber to vanar sena, vibhishan from enemy’s side or it is manthra or any one who is not there known but still they treated them well we can’t get the time again where anyone can trust with full heart but atleast we can try to be nice with others and help them no matter how small it is, it matters.

This sounds familiar? Not Ramayana Covid 19 taught us how to live with minimum resources and being productive. They did that before any virus hitted the ground, it is a good lesson to irresponsible homosapiens. I saw this when they was in jungle but still living with smile and survived the 14 years exile. Here we are who can’t stay one day without our phones. We should take control of our senses and stick to savings and learn not to spend unnecessary on dress which you liked on the display of mall or the packet of chips which can be the reason of your disease in future.

That’s all I understood by watching and thought to share with the beautiful souls May this helped you too. Epics are full of lessons depends on us what we want to keep and throw. Just don’t think it was old time and how it will work on today’s modern time we are humans and we can amend it what if they had extra powers we too had just hidden in us. 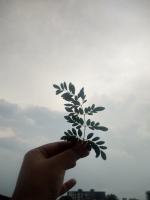