Dear Dad, My Choice Was Never Mine, It Was Yours But Disguised In My Words

'Don't laugh aloud' 'Don't talk to boys.' 'Marry whom we choose.' 'Adjust once you're married.' All these makes me think, if we are free. Am I really free?

‘Don’t laugh aloud’ ‘Don’t talk to boys.’ ‘Marry whom we choose.’ ‘Adjust once you’re married.’ All these makes me think, if we are free. Am I really free?

Even though we live in a free country, where we can do what we want and enjoy the freedom we have, we still need to ask ourselves, if we really are free?

Everyone needs their freedom, I believe it is their right. But being born a girl, is freedom restricted for her? When a girl raises her voice, she will be tagged by the society. Aren’t we humans too? Don’t we have the right to speak up for ourselves?

Dreams vs restrictions was the norm for me

My mother has been my biggest inspiration, she has supported me in living my life to the fullest. Though, she didn’t get to achieve her dreams, she made sure I am educated enough to try and achieve mine.

My mother is well-educated too, but that did nothing to help her achieve her dreams. She was married off early and had kids and had to live the life of a typical homemaker. For her, education was the key to success and fulfil dreams, so she taught me that a woman’s biggest weapon is her education.

But my dreams were different than hers. Growing up, I realised my interest was more towards sports and cultural activities. However, my parents never really supported me. My dad was in the Army and would be posted at a different location quite often. And my mum had to handle us kids all on her own, so supporting my activities became difficult for her. Eventually, this started creating difficulties between us. It was only later that I found out that she too was bound by restrictions.

I grew up with more rules than I remember

My life was in restrictions- knowingly and unknowingly. A girl is not supposed to laugh out loud, she isn’t allowed to stay out after six, among a lot of other rules. “Ladki ho, ghar ki izzat tumhare hath mei hai.”

But I tried to study hard so at least, I’d have my education to support me in attaining what I wanted. That never happened, my story was the same throughout. Even when I completed my Post-graduation in Engineering, I was restricted from talking to boys despite studying in a co-ed.

And then, my father said the most dreaded sentence, “You think about it. After a week, you can tell me. If you say yes, only then will we see the boy. I need to know that he matches your level” And my mother was forced, ‘to let her understand she is ready for marriage.’

Very easily, you claim to be giving me a ‘choice to think about it.’ But I see your obsession with my marriage everyday. You ask every other person to find a match for me, and even have a list of what all you want to do for my marriage. All of this without knowing my taste, plans or even my dreams about getting married or not.

Am I your daughter or a mere puppet ?

Ever since I was a kid, I was a rebel. I would express my views in front of anyone and would question the logic behind social norms. But that just pointed at my mother and she was asked, “Beti ko kya sikha rakha hai?” (what have you taught your daughter?)

Later, I was forced to marry the person they chose for me, despite knowing that I did not like him at all. I had to plead with them saying that though I was ready to marry, I did not want to marry him, but no one could help me. So I had to put forth a condition, that I would work even after my marriage and with that, I finally tied the knot.

All this because my father believed that if he handed me over to ‘protected hands, he would be free of all his duties.’ I want to ask him, ‘But why, papa? Am I that immature? Can’t I look after myself? Do I always need a male around me?’

I am broken, not bent and I will rise

But unfortunately, the marriage was okay till the first year or the ‘adjustment period,’ which basically is ‘sacrifice.’ If you’re a girl, you have to adjust, it is just your identity since the moment you’re born. Slowly, small issues turned into big issues and we would quarrel every day. The main issue was that I earned more than my husband did.

Everything was messy and nothing could be fixed. I was broken, not bent. And I had to take actions for my child and give her a happier, peaceful life with good values. But most importantly, I wanted to give her a life which was full and had no restrictions.

I never want her to feel that it was a mistake that she was born a girl. And I want her to know that self-respect and an independent life will make you strong enough to survive the world.

“Life without liberty is like a body without spirit.” 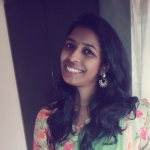