Leaving no stone unturned, The Girl Foundation’s ongoing ‘100 days, 100 schools’ campaign covers more ground with each passing day. 40-year-old Rohini Naidu, founder and CEO of The Girl Foundation, briefs us on the NGO’s determination to bridge gender gap and give a safer society for the generations to come. With their campaign, TGF has set out to visit 100 government schools all over Telangana to conduct workshops on gender sensitization based on their ‘Feminine’ concept. 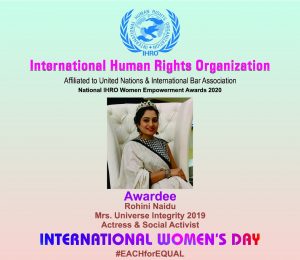 It is difficult to retain enrolled rural students in school post the age of 15. While both boys and girls are encouraged to stay in school, societal gender norms force girl students to give up early. The reasons behind dwindling numbers can range anywhere between early marriage to limited aspirations in life. Since its inception in August 2017, TGF’s focus is on resolving challenges young students face; to give them skills to prioritize education and not succumb to teenage struggles.

The ‘100 days, 100 schools’ initiative aims to address the minutest issues, often unspoken fearing societal taboos and inhibitions. With the Femi-Nine concept, the organisation emphasizes on the nine key aspects for a holistic approach on the subject of gender sensitization. “We conduct sessions on communication skills, social media, setting goals, career guidance, menstrual health and hygiene, diet and nutrition, sexual abuse and behavioural issues,” Rohini says. When asked whether the campaign is only for the girl children, she disagrees. “Our campaign is gender inclusive making all the boys take the pledge of respecting, caring and encouraging girls in their families, communities and schools,” she adds. The NGO has covered 10 schools so far in Kammareddy, Lingampally and Moinabad districts on the map, the response being tremendously positive.

Rohini Naidu is the Director of International Human Rights Organization and also Hon.Member of Inner Wheel Foundation in Telangana. 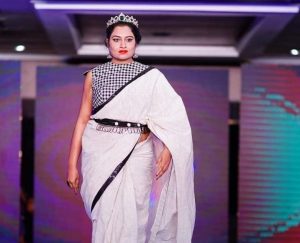 Starting with Mrs India Telangana and not making it to the top made the mother of two realize that there were other plains to conquer. Making the experiences from her past play stepping stones, she went on to win the Mrs Perfect Hyderabad and Mrs Urban India pageants. She has been awarded Mrs. Universe of Integrity in China and was facilitated by Telanagana Human Rights Commission  Chairman Justice G. Chandriah garu . Working for the rights of Orphans . She played a key role for the PAN India event”I stand for the Nation ” for Army personal too. She will be awarded by the International Rights Organization which will be held in Delhi. 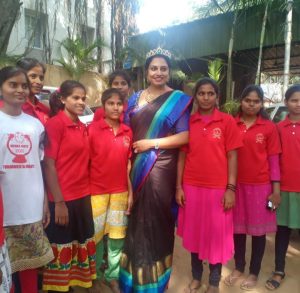 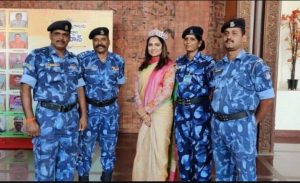 Images have been provided by the author

What Are We Teaching Our Kids With The Existing Gender Bias In The Curricula?