From the moment I conceived, it was my fantasy to have a super tactile bond with my child after he/she would be born (for the longest possible time, I felt it would be a girl!). After my son was born, things became different and the first three months were extremely painful feeding him or holding him thanks to my C-section stitches. So all maternal feelings vanished into thin air and all I could think was sleep or having “me-time”. There was hardly a chance to cuddle up with him! 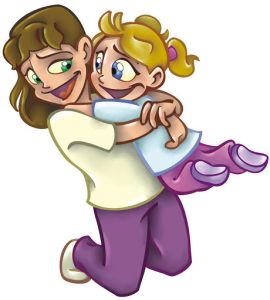 e too. Motherhood was nothing like I had imagined it would be! Besides I was terrified that my son would not accept me if I didn’t develop a bond early on. Of course, that did not happen. It was a mom’s fear that had spoken.

After he entered the infamous toddler phase, I became the quintessential “villain” for my son – the usual don’t do this and that. Yet again, my dreams of becoming my son’s best buddy were vanishing into thin air! I used to look at my calm and cool friends and envy their tactile bond with their children. I often wondered what it would take to bond like that with my baby.

The toddler phase, trust me, isn’t an easy one, especially when it becomes a power struggle between you and your child. I traversed this phase of feeling triumphant when I managed to make my son do exactly what I wanted, to him feeling triumphant after he threw a tantrum and got what he wanted. One day, I broke down in front of my best friends. After speaking to them, I recognized the vicious cycle that I had entered. They made me realize that using force isn’t going to help my cause. I simply failed to communicate to my son that harmony was what I wanted. He was getting more distanced from me.

Finally I changed my approach and touch was the first thing I started focusing on. I realized I needed to assure him that I will be with him no matter what! Another major change I brought in my outlook is to calm down and take three deep breaths the moment I knew I was going to lose my cool. The next was to go hug him tight and hold him close to me when he was screaming his lungs out.

Exactly at this time, I had purchased Carlos Gonzales’ book “Kiss Me”. This book completely transformed my approach with my son. I began to look at him like another adult who has feelings, emotions and thoughts of his own vis a vis a stubborn, angry and disobedient toddler. It was rather fascinating to see how hugging him, holding him close to me helped connect with him better. Of course, constantly talking to him became a cherry on the cake.

Very few understand the importance of touch.  According to the Touch Research Institute at the University of Miami, School of Medicine, positive touch stimulates pressure receptors under the skin, lowering the heart rate, slowing the breath, decreasing stress hormones and boosts the immune system.

I also started following the gentle parenting principles where I decided to put the “ball in his court” for everything; putting him in charge of everything important to him – his toys, books and rest of his paraphernalia. Slowly, I extended this approach to eating too — asking him what he wanted to eat or even where he wanted to go or what game he wanted to play. Today at 4.5 years, he feels a lot more responsible for the tasks assigned to him.  Our power struggles have reduced a lot too!

I also keep sharing my thoughts and feelings with my son daily. It is extremely important to let your child know that you are in perfect sync with his thoughts and feelings too. Over a period of time, he will also feel the onus to express himself in normal tones (sans yelling) to you. He will cease to look at you as an “authoritarian” figure in his life and make you his buddy too.

It is important to let go at some points of time, to ignore some things that he or she does. Most importantly, your child must know you are trying to correct his behaviour and not him; you are not going to judge him or label him for life for his behaviour. For this, the more you hug him, hold him close to you, the more he will be emotionally assured that you will be there with him!

So what are you waiting for? Go cuddle your angry baby now!!

Married Life With An Alcoholic Abuser Has Been A Nightmare, But I Have Walked Out With My Kids

Sexually Abused By My Father’s Best Friend For Years, Silenced By My Family… But I Fought To Heal