With Our Internalised Misogyny, Can We Really Become Each For Equal?

We all have been brought up in a patriarchal society. This is a world where man is mighty and woman is meek, and anything different from this norm is sentenced unnatural and hence, wrong. If you ask a woman if she has experienced bias, she would never answer in the negative because it is the rite of this unbalanced world to nurture a woman with sexism. From every ‘wife-husband’ joke on WhatsApp to every ‘learn to take a compliment’, from every ‘you are girl, you should know how to cook’ to every ‘are you on your period?’, the level of ridiculousness and apathy the misogyny has reached is laughable but at the same time, extremely sad.

Not just men but women also bring down other women because the misogyny has become internalized. Every woman is socialized into thinking that hers is the weaker sex that has certain ‘gender roles’ assigned to it. The need is, therefore, of speaking up. Every woman must raise her voice.

Even while you are sitting with your family and a casually sexist remark comes up, you must prick at that issue and make your family members realize their mistake. Of course, you will be christened the ‘buzzkill’ of the family and friend-hangouts but as women of the modern world, it is our obligation to do so. They’ll say ‘it is just a joke’, ‘equality is okay but some things are natural’, ‘you girls are too emotional’. It makes us want to avoid confrontation but we should face it bravely.

When the issue is of wage-gap, talk about it amongst your colleagues. When your peer cracks out sexist and rape jokes, call them out on that. When you think a girl child in your family is being neglected, speak up and point out their fault and ignorance in the matter.

EachForEqual requires every woman and man to stand up for equality. The protest for equality is something that would occur if all of us come together and become the pioneers of change. That would begin when each of us takes up the responsibility of starting discussions, supporting feminism, and bringing change in any and every shape we can.

We need to open up safe spaces where women can talk and discuss their issues. It needs to be a global phenomenon supported by everyone. Without feminism and equality for everyone, our society would never be able to progress and would stagnate. To have a better future where all citizens are treated with respect, EachForEqual is something we all need to adopt. 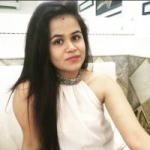