Wife Of Nirbhaya Accused Wants A Divorce Before He Is Hanged; Is This A Delaying Tactic?

Wife of accused and convicted Akshay Thakur made a petition for divorce before he is hanged, as she says she does not want the stigma of being his widow. But is this something more devious?

Wife of accused and convicted Akshay Thakur made a petition for divorce before he is hanged, as she says she does not want the stigma of being his widow. But is this something more devious?

On a cold night on 16th December 2012, a young woman was gangraped and mutilated in a moving bus. She died of her injuries a few days later. We know her as Nirbhaya. It was not just this one cruelty that she has been a victim of – she has had to take cruelty after cruelty for 8 long years, as justice for her is being delayed with every court verdict.

Even now, when the date for the hanging of her rapists has been set for 20th March, the wife of Akshay Thakur, one of those convicted, has put in a petition for divorce from her husband, as she ‘does not want to be known as his widow’.

Justice delayed is justice denied, and this could well be a ploy to delay the hanging, which will mean that all the convicted will be kept alive on government expenditure till then.

Whenever a death warrant is issued for a date, the lawyer for the defence puts forth another appeal, using all possible loopholes the law provides, keeping the convicted men alive. This has been injustice to Nirbhaya, to her memory, and to her parents, who have been waiting for the death sentence to be carried out, only after which they would get some closure.

Today was the first hearing in court on the divorce petition, for which she is well within her rights under family law. But now this will go on for a while, delaying justice further, knowing how slowly these things move in India.

We understand that as an Indian woman, Akshay Thakur’s wife has her rights. We also understand that in Indian society, the stigma of being the widow of such a person might be huge. But is it really, when a divorcee also may face a similar fate?

Is this really an attempt to a better future, or just delaying tactics, once again? 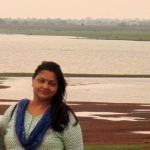