Kettiyolaanu Ente Malakha’ isn’t a whitewash on toxic men, it’s an expose on what we’ve hidden under our carpets for so long!

It’s near impossible for any content created by men, be it in word or form, to be feminist enough. The lens through which any man see’s the world succumbs to so many biases that even if he rethinks each word of what he has written, he wouldn’t be able to depict the world from a female perspective. Yet, men attempt to tell stories that matter to women, mostly failing miserably in that endeavour, occasionally getting a thing or two right, mostly in simply admitting their own flaws with uncanny honesty. There are three ways in which the world around us responds to such male endeavours: one, by patronizing these men and placing them at the pinnacle of all things feminist (which is silly, if not absurd), two, just treating it as another work of art, lauding what they’ve gotten right, and dissing what they’ve lost from sight, and three, by dismissing all of it simply because it didn’t pass all the metrics needed for something to be woke to our standards (which is odd, if not confusing).

While most around us slip into the first kind by celebrating even a woman that talks for herself in a movie scene as ‘feminist’, I found the response to the Malayalam movie ‘Kettiyolaanu Ente Malakha’ on Women’s Web unreasonably slipping into third kind. It’s a classical movie reviewer’s fallacy, where a review takes more objection to things that are not shown in the movie than about things that in it. Leaving aside a fundamental question as to whether content creators can be questioned on things they didn’t write, let’s try and address some of the concerns raised in the article.

The story and narrative of the movie in question is unapologetically male. The title itself, which translates as ‘My wife is my angel’, is writing on the wall. At no point does the movie pretend to be feminist in the true sense of the word, hence, the accusation of an underrepresented female perspective is a bit misplaced. The portions prior to the pivotal martial rape situation needs to be given as much weightage as the incident itself. There’s a rare warmth in the way the scenes in the immediate aftermath of the marriage of Sleevachan and Rincy is written and shot – of how a shy, tense and borderline paranoid Sleevachan makes the silliest of excuses to avoid sleeping with his wife, for he is genuinely afraid to reveal his lack of knowledge of sexuality in front of his wife, a total stranger prior to marriage. It’s a situation many men go through but are quite often too shy to admit. The rarity in this is an extremely popular young star letting his guard down in an all and out commercial movie. This one aspect would have relieved many hundreds of men, letting them know something every household had kept hushed for years, that lack of knowledge about sex is an extremely common phenomenon.

Sequences of the husband’s avoidance of physical intimacy is driven to a point where the viewer genuinely feels uncomfortable of it, before making the wife finally confront him by asking if there was something wrong with her that resulted in him avoiding her. This is, in my opinion, is the most rampant line of though among women who are conditioned from an early age to believe that the wrongs of a husband are wholly or partly the wife’s fault. Hence, as opposed to ignoring female desires, what the movie aimed to break were two misconceptions, that a man unaware about sexuality would be looked down upon, and that a woman married to man facing such an issue needs to blame herself.

Innocence of the blissfully unaware man

One might offence at the wife’s response to the assault, as she chooses to listen to her relative, who also happens to be a priest, to not file a police complaint. On an ideal day, any woman who is the victim of domestic abuse should be free to walk away from that relationship to the comfort and ease of her own life. Unfortunately, we hardly live in an ideal world. Every case of a problematic marriage we hear about would have a dozen people from the foyers making decisions on behalf of the woman involved, almost never equating any blame with the man. The movie takes a stark deviation from what is rampant here as well, as the husband’s innocence and lack of awareness is only used to explain his crime, and not to justify it. The immediate aftermath of the crime is Sleevachan’s mother slapping him, and every single character in the story stands up and tells the man only one thing – you’ve committed a terrible mistake.

This requires no patronizing; they’ve only called out a crime committed by a man. Yet, there are moments of tenderness that surprise us with the nuance in the way this movie is written, like when Sleevachan’s mother tells her daughter in law that she’d personally accompany her to her house and explain everything that happened there. That is a remarkably under rated moment of the strength and valour that women are made of. It showcases both an ability to admit a past mistake of not having raised a son well enough and a willingness to stand up against overarching male dominance that forces us to  brush many issues in our household under the carpet. Contrary to the trauma of domestic abuse victims having to serve breakfast to their abusers the next day, in their first conversation post the assault, the wife confronts her husband with a straight face by asking, “Don’t you think I at least deserve an apology?”

The assault had only injured her body, not her dignity.

Masks of Idealism, mirrors of our households

Long gone are the days of ideal wives and nasty mother in laws that pester them. We live in times when no relationship, even marriage, can be taken for granted. There is always an exit option, and in this story too, the wife chose to exercise hers. There weren’t any adverse reactions to this, right from the husband who gave in without a fight or justification to a mother in law who chastised her own son from walking into his wife’s room post the assault. There is not a single explicit attempt from the husband to coax his wife to stay in their marriage.

There’s a far more nuanced commentary on our society at large here, though, one that can get completely ignored if we dismiss this movie wholly as something detrimental to the case of marital rape. The scenes in the latter half of the movie explain how a woman’s ability to make a choice, however independent it may seem, is substantially influenced by those around her. Even after making her choice to end the marriage, she actively looks for reasons to challenge her own decision, for her happiness is the sum total of the happiness of everyone around her. Nassim Nicholas Taleb argues in his book ‘Skin in the Game’ that we shouldn’t judge anyone by the rationality of things they say, but only by the rationality of things they do. Even when Sleevachan is the person shown unambiguously from the beginning as someone who cares about those around him, it is his wife Rincy who does so more than him in every possible manner. The idealism might be nauseating to a viewer, but the fact remains that most women are groomed and raised to live up to this idealistic behaviour, and however much we try to tell women that they always have a choice to walk away, like Rincy’s brother does, the way our world behaves ensures that they never really do.

What is worse, whitewashing our problems or brushing them under a carpet?

In summary, let’s examine a question as to what the purpose of cinema, or any other creative art form, should be. Are they meant to be a textbook of what the world ideally should be, prescribing things in a politically correct manner, or are they meant to hold a mirror towards us, to show a true reflection of what our world really is at the moment? Can we take offense at Sleevachan being shown as an ideal man who works hard, loves his family and is deeply religious? Or should we take note of the fact that a high performing, family loving, well respected and religious person could very well have no sexual experience and prowess, leading him to express his manhood in ways that are deeply flawed? In most of our households, the ideal hard-working husband’s flaws often get overlooked just by virtue of him being the husband. This story isn’t about the unbridled conundrum of brutally violent marital rape in most parts of India as much as it is about how men from even respectable and religious families often end up being jerks merely because they envision admitting problems about sexuality as a blot on their manhood. The movie isn’t trying to whitewash marital rape, it’s just trying to tell men to stop pushing issues around sexuality under the carpet.

There is a careful observance one can make from Sleevachan’s behaviour towards the last portions of the movie. His transformation into being a more humane and accommodative being especially on matters regarding love and women are not shown or pronounced only when he is around his wife. Even in scenes where there are no females in the frame, he behaves differently. This clearly indicates a best case, ideal scenario, one that never transpires in most of our households. At best, men behave a tad bit better in front of their women, but never do we see a fundamental change in the way they see things around them. Thus, the story meanders between reflecting the reality of our times to telling men how they should ideally be in order to make a woman who decides to leave their toxicity stay back with them.

Beyond all the questions and answers thrown around above, marriages in India are more about a union of families than they are about being a union of individuals. Hence, despite flaws, all of us would be cornered and persuaded to forgive, reform and perhaps even adjust to intolerable natures of our spouses because our families had chosen our lives to be so, and our families could never be wrong. Even if they went wrong, they’d never come down to accept it as well. Hence, the unwritten rule in Indian marriages is that unless it kills you, it only makes you stronger. For a society neck deep in pretentious notions of idealism and shame, Sleevachan and Rincy are just starters. Let’s not refuse the meal because of their flaws, let’s just hope this opens up our appetites to digest a five-course meal on mean men and hapless women in toxic marriages. 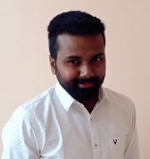 On Father’s Day, Here’s To The Feminist Men in My Life!