Because Sometimes, Cooking Is An Art, An Emotion, And Not Just A Necessity

She didn't judge anyone for not wanting to cook or the ones busy with work. But she didn't agree that cooking was for people with 'nothing better to do.'

She didn’t judge anyone for not wanting to cook or the ones busy with work. But she didn’t agree that cooking was for people with ‘nothing better to do.’

It was 9pm on Sunday night when Manu finally got time for herself. She looked at the clock and sighed. The weekends just flew by. She had made masala poori with dum aloo- her kids’ all time favourite!

Dad and kids were in bed reading, while she sat by herself in the living room. She unlocked her phone and started scrolling through her timeline, when she came across a movie star’s interview. The lady had won an award of some spot and told the interviewer that her dad had been her inspiration and always dreamt of great things for her. He believed that his daughter would not do the usual thing that every girl does. She said he told her anyone could cook but she had better things to do with her time.

Manu took a deep breath and reclined further in her chair. She had once read in a book that if we have something on our mind, we will attract similar things. Now, she believed that there may be some truth to it.

Only a week ago, in the Sunday special edition of a newspaper, se read about a successful woman who had completed 25 years of service. To Manu’s shock she said that she has never spent an hour in the kitchen, since it was a total waste of time.

It was not just women, she heard scores of men say that they never had to cook in their entire lives. And somehow, the all took pride in that fact.

To her, it evoked great memories

Manu felt uneasy. She couldn’t put her finger on what she felt exactly. Her fondest memory from her childhood was cooking with her dad before mum returned from work. Her mother would cook in the mornings and on Sundays they would all cook together or go out for a meal.

Manu adored her dad. He was a successful businessman. She once overheard her grandmother tell her dad they could easily afford a cook instead them having to cook everyday.

Her father’s reply was etched on Manu’s mind. “Amma, I fondly remember your food even. The mere thought of your food would remind me of the taste and the way I felt as I ate it. It’s an emotion. Sure, we could make some extra money in the time we cook, or do anything else for that matter. But we want Manu to have the memories we have. It’s an act of love.”

Manu wiped her tears off. How she wished that her father were alive. Though both she and her husband were busy with their own jobs- she was a college professor and him a banker- they made it a point to have as many home cooked meals as possible.

They cooked together and made memories together

They never kept a score of who cooked how many times. There were days when they would cook together. But there were also days when he would be so busy that she would be the full-time cook. They both knew that it wasn’t about making top-notch complicated recipe every day. Sometimes it was about something as simple as curd rice. And when neither of them felt like cooking, they would order in or go out to eat.

It was not a competition or something to boast about to friends. They were not proving anything to anybody. But she believed firmly that it was not at all a waste of time.

Why is it beneath you to cook?

We all need food to eat, then how can it be below anybody’s standard to cook? She never judged anyone for not wanting to cook or who were too busy with work. But she did not agree with the belief that it was for people who did not have anything better to do.

When people from around the world are competing to be master chef, it was sad that some considered it a dumb job.

Her boys always helped her with cooking. She hoped they would hold on to the habit with respect. They might get busy with their own lives but she would make sure that they would never underestimate this beautiful art. This therapy. The act of love.

A mom who loves childhood, A woman who hopes for equality and a curious soul trying to find a meaning in everything read more... 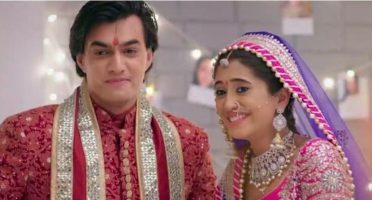 Under The Shiny 'Progressive' Cover, Patriarchy Still Remains The Same