Ismat Chugtai presents her readers a powerful narrative of women,  attacking patriarchy in a bold and incomparable manner.

Recently Penguin India has published Manto And Chughtai: The essential stories, featuring some of the most notable short stories of the greatest Urdu writers of the twentieth century, Ismat Chugtai and Saadat Hasan Manto.

As a reader, I have been introduced to these fascinating short stories that deal with themes of friendship, of sexuality, of marriage. Both the writers have delved deeper into human relationships not just between men and women but also amongst two people of the same sex.

In this article, however, I would like to talk about how Ismat Chugtai presents her readers a powerful narrative of women, outright attacking patriarchy in her stories, in a manner which I believe no other Indian writer has been ever able to do so. This is all the more remarkable considering that she belonged to a day and age when women were considered suitable for only household diplomacy.

Ismat Chughtai had to face charges in court for her works like Lihaf and The Quilt on charges of homosexuality and obscenity. However, the author I believe has transcended all boundaries to show that the relationship between two women cannot be confined just to one being a villain and the other a damsel in distress, but is also one of love, of friendship and of compassion.

If we talk about her story The Quilt, the story is narrated by a young girl watching her Begum Jaan forming an unsolicited relationship with her maid. Married off to a rather spiritual Nawab, the Begum longs for sensual satisfaction and love from her husband. But in the course of the story, the young girl discovers that the lady and the Maid Rabbu have formed what appears to be a lesbian relationship and that she has finally found her satisfaction only in a woman, giving way to all the rumors surrounding the closed quarters of Begum Jaan. Here, the quilt becomes a metaphor with an elephant inside it which sways at night.

Her short story The Sacred Duty talks about inter-faith marriage, and two protagonists completely evading the religious bullocks on their way and paving their path to freedom. Ismat Chughtai was thus way ahead of us – her themes already dealt with intersectionality which only now has gained acceptance among many.

While reading Gender Studies, most of the time, we encounter the works of only the White women writers, who of course had their struggles in their own way. However, reading about Indian women we get the nuances of being a subaltern,  a victim of race and the brown man at once.

Chughtai was once asked the question, “Women cook food Ismat. When you go to your in-laws what will you feed them?” She replied, “If my husband is poor, then we will make khichdi and eat it and if he is rich, we will hire a cook”. Her stories are as simple as this sentence. She writes as we speak and captivates our hearts.

I would urge all my read readers to read Chughtai’s work in Manto and Chughtai: The Essential Stories ,Translated by M.Asaduddin. 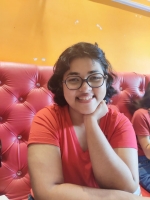 A literature student with a specialization in Gender studies. I have a keen interest in

33 Books By Indian Women Authors Translated For Your Reading Pleasure!