Feminism, The Most Misinterpreted Term In The History Of Humankind.

In most cases in the recent phases, the term Feminism is misinterpreted in the present scenario of Indian society. Here is a breakdown.

What do you think about the term Feminism? Would you like to call yourself a Feminist? Are you aware of the actual concept of Feminism? Well, in most cases in the recent phases, the term Feminism is misinterpreted in the present scenario of the Indian society. The concept of feminism dates back to 1837 originating in France and gradually spreading to other Western countries first to Germany then to Great Britain and lastly to the United States in 1910.

The actual term implies the equality of people irrespective of gender. It originated with the various political and social movements and ideologies to attain a specific goal of establishing the social, political, economic and social equality for the women. Even in the 21st century when a hell lot of events are following up, Feminism has been a curse word for many individuals and especially men.

So what does the word Feminism implies? To explain in a very naive way, Feminism refers to gender equality in every aspect. In a world run by patriarchy and where male dominance is still prevalent, the word feminism denotes women empowerment, to bring an end to the inequalities for women, discrimination based on gender through proper education, better health as well as economic liberation. Feminism aims to elevate the status of women in a society driven by patriarchy and through creating social awareness, raising the questions of equality of women as that of men in society.

It irks me at times to find people mostly men bashing women, rather feminists for certain situations and events which signify how the misconception of the term has been spreading worldwide even at the time when Feminism is a familiar topic. At first, I tried to make people aware of the original concept of the term but it is really difficult to take up the challenge of eradicating the misinterpretation of the term individually. This is one of the foremost reasons why I thought of putting up a post regarding the issue of misinterpretation of Feminism.

However, it is seen that men and society driven by patriarchy tend to have a negative approach towards Feminism in the long run. In most cases, this is due to the fear of losing control over women that they have been enjoying for centuries. They are scared by the challenges they might face from women who are educated and that is why they restrain their education and the fear often comes in the form of the conventionality of smoking, dress codes, economic independence and others.

Feminis the need of the hour

There are plenty of reasons why Feminism is necessary for Indian society and also the misinterpretation of the concept must come to an end. We feminists seek equality and we have no intention to have power struggle and dominance over men in every aspect. But in a country like India, where women are subjugated to various issues that demean their status like income equality, devoid of basic education, etc. It is the right of every individual irrespective of gender to get an education, liberty to choose life partner, equal income for same job profile and others.

Added to all the above-mentioned facts, it is often noticed that men supporting feminism is Dten find women judging other women about certain facts like dress code, “ladylike behaviour”, women-centric activities, etc. You may often hear some women stating, “A woman driving a car?” Why? Can’t a woman drive a car? Is driving gender specific? At other times, you may find women supporting men judging a girl for the short dresses. This is termed as Shadow Patriarchy.

Hope, with proper education and social awareness, the term Feminism would be correctly interpreted and used for the betterment of the status of women. And the best part is, even men can be feminists and help women to get their fundamental rights and come in terms with it. 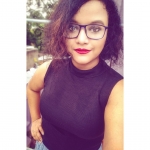