Just after scrapping of Article 370 & 35-A by the Central Government, the social media started to purchase plots in Jammu & Kashmir and dream the bringing of beautiful  girls from the territory as their life partner .Over- excited with the party’s success to fulfil its old manifesto point , the BJP-led Haryana Government’s chief minister Mr. Manohar lal Khattar also had a tongue slip and made a controversial remark by saying “Our minister OP Dhankhar used to say that he will bring a ‘bahu’ (daughter-in-law) from Bihar. Nowadays, people are saying that the path to Kashmir has been cleared, so now we will bring girls from Kashmir.” He was speaking at a state-level function in Fatehabad and was commenting on the success of the Centre’s flagship Beti Bachao-Beti Padhao program.

However, Mr Khattar, in his same speech had said that his statement was just a joke, but this speech video had got viral and attracted severe reactions from all corners. Congress party made it an issue and its leaders from different pillars &posts raised their voice condemning Mr Khattar.

Even Mr Rahul Gandhi reacted, “Haryana CM, Khattar’s comment on Kashmiri women is despicable and shows what years of RSS training does to the mind of a weak, insecure and pathetic man. Women are not assets to be owned by men.”

Mr Khattar replied Mr Gandhi in the same tune, “Weak, insecure and pathetic” are adjectives people use for the President of the Congress Party. Manufacturing statements & subsequently destroying their own party does not work in the long term.”

Former MP and son of late Chaudhary Bhajan Lal, Mr Kuldeep Bishnoi said in his [email protected], “ I strongly condemn this insensitive, disrespectful and irresponsible statement by Khattar. The Head of the State should be judicious in his thoughts and choice of words.”

Haryana is already infamous for its abysmal sex ratio and concerns about the killing of girl children and its crime rate against women. Here even the protectors have become the looters. A recent incident of rape by the policeman should open the eyes of the government operators. [email protected], “Haryana: Woman allegedly raped by an inspector rank police official in Jind. Pushpa, Deputy Superintendent of Police, Jind says, “Case registered, accused has been arrested. Medicals of both accused and the victim have been done. Further investigation underway.” (10.8.19) .” (https://twitter.com/ANI/status/1160351554098085888)

However, the Haryana Government is claiming its overwhelming success in increasing sex ratio through its girl safety measures. In a Government press release of August 8 ,2019 wherein the Project Director, Chief Minister’s Good Governance Associates Programme, Dr. Rakesh Gupta has been quoted , “ As a result of the successful implementation of Beti Bachao, Beti Padhao campaign by the Haryana Government, for the first time in history, the birth rate of girls in the state has reached 918 per 1,000 boys. Thus, it is expected that by the end of the year the figure will reach 920. In the year 2014, the number of girls per 1000 boys was 871, 876 in 2015, 900 in 2016, 914 in 2017-18 whereas the number is 918 till June 2019.”

If we see the figures mentioned by English daily ‘Hindustan Times’ updated on Sep 15, 2018, on its site – https://www.hindustantimes.com/india-news/crime-against-women-on-rise-in-haryana-rape-cases-up-by-47/story-7PmHvhkGH27LbAGciOFHbN.html , what an alarming situation it reflects in Haryana!

The Chief Minister claimed in the same speech at Fatehabad, “Haryana was infamous due to the low birth rate of daughters. The Government launched Beti Bachao-Beti Padhao campaign, due to which the number of girls born per 1,000 boys has increased from 850 to 933. We have to take this number to 1,000.”

After having a sight on the above government given crime data, can we undoubtedly conclude how far the government’s so claimed success of the Centre’s flagship Beti Bachao-Beti Padhao program is really successful? 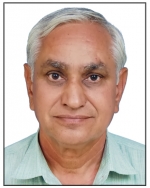 With ‘Adarsha Bahu’ Course, Haryana Gang Rape And More… Is Women Empowerment A Reality In India?