I Am The Same Who Was Thrown

Only to be found that,
She is trapped, only to be thrown away. 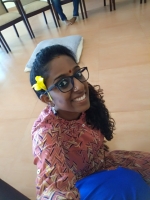 She keeps wandering, she was also caught in the class as she was day dreaming,

I Was Thrown On A Garbage Dump At Birth, But Today I Bring To Light Stories Of Many Such Women

Hello, Bipolar Me – Half Dream, Half Nightmare!

A Call By Nirbhaya – My Death Deserves A Meaning