Bandaru Acchamamba may have been denied formal education but she is still regarded as India's first feminist historian. Here's her story!

Bandaru Acchamamba may have been denied formal education but she is still regarded as India’s first feminist historian. Here’s her story!

Bandaru Acchamamba was the first feminist historian of the 19th century India. She began her work of art Abaala Saccharitra Ratnamala (A garland of great women’s life histories) by quoting a Sanskrit verse.

The verse went something like this: “It is not the women imprisoned at home/ by men who hold them dear who are protected/ Only those women are truly safe who protect their own souls.”

In this short article, I would like to re-introduce to my fellow readers, the fascinating life and works of Bandaru Acchamamba. She is regarded as one of the foremothers of Indian feminist thought and literature.

Acchamamba was born in 1874 in a small village called Nandigama in coastal Andhra Pradesh. She didn’t receive any formal education and at the age of ten was married to her maternal uncle Bandaru Madhava Rao. He wasn’t particularly fond of the idea of her studying.

However, Acchamamba learned to write and read while sitting next to her brother, K V Lakshmana Rao. Her brother lived with her after the death of their father.

She then went on to learn Telugu, Marathi, Hindi, English from her brother while learning Gujarati, Bengali and Sanskrit on her own. By this time, her brother had left the home to go study further.

After the death of both her children, Acchamamba surrendered herself to the cause of distressed women and children. She was kind and strong-willed and sheltered several destitute women and children at her house. She also funded their lives and education.

In 1902, along with Orungati Sundari Ratnamamba, she established the first women’s association in coastal Andhra. It was called Brindavanam Streela Samaajam at Macchlipatnam. The next year, she travelled extensively all around the state to help other Telugu reformers in establishing similar organisations and shelter homes.

Acchamamba was a prolific writer. She wrote stories, essays and poems, published in leading magazines like Hindu Sundari and Saraswati.

She travelled all over India and researched extensively for collecting materials for her books. This was absolutely unprecedented in her time.

Abaala Saccharitra Ratnamala was the biographical account of 34 eminent women spanning over a period of one thousand years. This was the first time something like this was written by a woman. She planned to write it in three volumes.

In the first one, she would write about the lives of great women in India. The second one would be the women in the Vedas and other epics while the third one would be about inspiring women from other countries.

Acchamamba was well-informed about the socio-economic scenarios of her times. She also had knowledge about contemporary reformers like Pandita Ramabai, Kashibai Kanitkar, Hardevi, Kamala Sattianadan. She even wrote about some of their lives and work in her book Abaala Saccharitra.

Acchamamba had a clear vision of the three reasons why she wrote Abaala Saccharitra Ratnamala. The first being that she wanted to prove that women are a naturally intelligent species. And to brand them physically or intellectually inferior to men was an act of prejudice.

Secondly, the only path to women’s emancipation would be through education and to argue the contrary was an instance of being backward.

And finally, she stressed upon the need for women’s sisterhood to make society a better place for themselves and for the future generations.

In her short fiction, Khana, she depicted how the Aryans, in order to propagate their Brahminical world view, manipulated and delegitimised India’s indigenous knowledge and people.

Acchamamba was not just a truth seeking scholar but also an undaunted feminist reformer. Her polemical stand on the socio economic problems of her time along with the popular Indian history myths made her the reformer she was.

Bandaru Acchamamba died at the age of 30 on January 18th, 1905 after a long illness. Her death was a great blow to the Indian feminist movement and discourse.

But the baton of Acchamamba’s legacy has passed. And has lived through the dreams and activisms of many other equally amazing women in times to come. 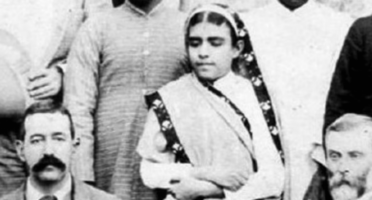 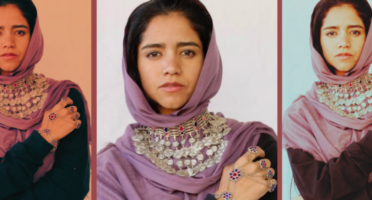