You Say “We Are Equal” And Then Enforce Restrictions… Why?

Not just names. girls have to change their surnames as well after marriage. Nobody should be forced to do anything which is against their interest.

People speak about equality and giving women the freedom to live their lives according to their choices. But in reality, they are kept deprived of these rights in one or the way. If we see nowadays girls call their fiancee or boyfriend by several nicknames like Baby, Janu, Shona, Babu etc. They find it cute and comfortable to call by nicknames. And boys too love being called by nicknames. But even today in many Indian families we see that a married woman is not allowed to call her husband by his name. It is considered as showing disrespect towards husband. So she calls her husband as “Ohh Jii” and so on.

And this husband who had once encouraged her to call him by nicknames is now restricting her from doing so. Why does this so-called society doesn’t understand this simple thing that it’s just a name and it has nothing to do with respect? People should know that respect is more importantly based on conduct and not the language used. Why can’t she call him in the way she is comfortable? Why does society constantly keeps judging her for whatever she does? Even in our Indian constitution, there is a provision called “freedom of speech ” to every individual. When she can call her brothers, sister, cousins, and friends by their names then why can’t she call her husband by his name?

I agree that India is a country with a heritage of cultures and traditions which is being followed and passed to the next generation. In those days it was practised that women should not call her husband by his name due to different scenarios. Earlier it was called as Child marriage or “Baal Vivah” in which girls were getting married at a very early age say 11 years to an adult man who is three times elder in age means above 30 years. It was obvious in such a case women were expected to call her husband by giving respect considering their age factor.

But in today’s date, either its arranged marriage or love marriage girls and boys are almost of the same age or within less age difference. Then why do women have to still follow that tradition which is unfair from the girl’s perspective? Let’s see this in the other way round. Suppose if the wife is elder than her husband then isn’t it unfair for her to call her husband by giving respect whereas the husband prefers to call her by her name itself. Have u ever seen a husband calling his wife by respect? Being a modern woman she also deserves to be respected equally.

Why all the sacrifices from the girls’ side only including her name? Yes in many Indian marriages a bride is supposed to change her name as a part of a ritual. The name by which she was being called till now at schools and colleges is now changed to a name of her In-laws choice. Did anyone ever think about how would she feel being called by a different name? Or how would her parents feel when they have to start calling her by a new name? Not just names. girls have to change their surnames as well after marriage. Nobody should be forced to do anything which is against their interest.

The fact is simple in a male dominant country like India all the cultures and traditions are designed in a manner that favours the male members of the society. It is important to stop speaking about gender equality and make it a reality. So that women can also feel free to speak their own choices and feel being respected in real sense. 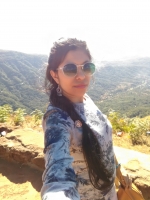 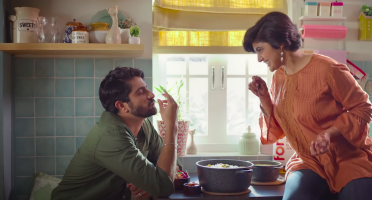 When I Got Married, I Could Barely Cook And Manage The House But Today, I Am A Proud Home-Maker!