The Transgender Bill : Ray Of Hope For The Vulnerable?

The Bill, goes against the  fundamental ruling of the Supreme Court in the NALSA judgement  - of the right to self determination of gender identity.

The Transgender Bill, was one of the controversial bills introduced in the parliament last year When a bill involves a particularly vulnerable section of the society it draws attention towards intimate subjects and widespread communities that look forward towards protection from the government itself .

The Bill, goes against the  fundamental ruling of the Supreme Court in the NALSA judgement  – of the right to self determination of gender identity.

The lack of consideration of the bill makers for the community during the drafting stage lead the problem of defining the gender leading to chaos amongst the section itself. It also denied giving protection against rape or sexual assault. 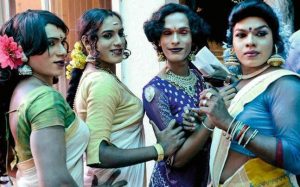 Problematic aspects  of the bill are further driven by an attitude of ‘Force of the State‘.

As, the communities are not free from state interference their autonomy has been extended to state control and domination leading to widespread protests.

It  has become mandatory for the Government after these elections to draft schemes in such a way that the voices of those directly impacted by the change should be heard in good faith and which is basic to the constitutional principles and values which are therefore to be respected.

However, its necessary to maintain momentum concerning these public issues to make our voice heard in the ‘House of Commons‘.

Image is a still from the Vicks Advertisement