Assertiveness is not a desirable quality or skill that a woman can display on a matrimonial site, right?

Have you ever been forced to not attend an event as a participant on the Constitution because you could potentially be the only woman there? Have you been advised not to sit for a particular movie at a film festival because you would feel uncomfortable watching it with a predominantly male audience? If the answers are ‘yes’ for all of the above or if you have had similar ladki-hai-toh-udhar-jana-is-not-in-your-best-interest moments, then we are sailing in the same boat. The irony here is that these were “progressive” events organised by the so-called “progressive” people. What does this say about the extent of feminism inculcated by the “liberal” sections of our small-town societies? Can I be cynical and say “nil”?

People breathe, talk, and eat feminism these days. But what is the point of it, if you cannot digest the presence of an adult woman in a cinema hall? What is the point of listening to a talk on equality and fraternity in the Constitution if men dominate the audience? The root of all these double-standards is the fear of own “well-being”, they say. I should not be seen attending an event as the only girl as that would indicate that I have an “assertive” side. Assertiveness is not a desirable quality or skill that a woman can display on a matrimonial site, right?

So yes, this denial of entry has to do with my marriage prospects. Also, the nice uncles of the film society think I should not sit in for a foreign film because that would spread the word of my association with the most explicit movies. That would mean I take a lenient attitude to movies that should ideally be denounced by innocent, small-town girls like me. Open attitudes by women are, therefore, social aberrations. I am an aberration.

One incident, however, has a happy ending. I did attend the talk on the Constitution and represented one per cent woman presence at the do. I do know that this nano act of defiance cannot in any sense be called radical. But I think these small, everyday acts count. As they say, little drops of water make the mighty ocean. 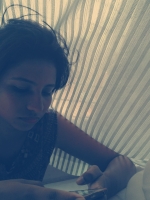 I am an aspiring writer/feminist--not strictly in that order. read more... 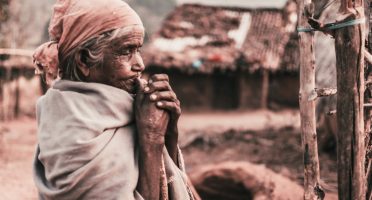