Did you know the term 'salary' has its roots in the word salt? Read on to find out more...

‘Variety is the spice of life.’

This idiom is self-explanatory that life without spices can be dull and quite literally, spices are the backbone of Indian cuisine and for that matter. It is indispensable to the food scene around the globe.

Indian Spices have been the soul of global cuisine since primaeval times. Indians have been well versed with producing spices and also with their culinary and therapeutic treatments much before the rest of the world.

The spices conquest has led to many historic journeys, battles and subjugations and the country continue to preserve its eminence as the ‘Spice Bowl of the World’.

Let have a look at the list of most important spices that make every dish delectable. It can be found in every Indian kitchen-

1. Cardamom – This little pod packs an amazing flavour. The taste is light and sweet and it can be blended whole when making spice mixes for example- garam masala.

2. Clove – These are technically flowers and most of their oils are squeezed out before they are dried and utilized in cooking. It has a lot of medicinal properties and has a handsome zing.

3. Black Pepper – The Yin of condiments. Yang is the salt that is omnipresent in every Indian household. Nothing beats freshly ground black pepper onto salads, and even pasta, try it!

4. Cumin – It is usually used whole and in spice mixes to add a distinctive smoky note to Indian dishes. No tempering is complete without cumin seeds.

5. Coriander – Probably the most universal of spices in the Indian spice shelf. It is one of the oldest known spices in the world, and it’s identified by its golden-yellow hue and lightly ridged texture. The seeds are very sweet-smelling with citrus tones.

6. Mustard Seeds – The intense flavour of mustard seeds is released when they are crushed or cooked in oil. Hear that spluttering? Their smoky, nutty tang is essential in curries and curry powders.

7. Turmeric – Another common Indian spice that can be used fresh (like ginger) or dried. Turmeric too has tons of health benefits and is used in a lot of spice mixes and curries. It has a sharp, earthy redolence; just a pinch gives the curries a beautiful golden glow.

Other species that are vital to Indian cooking are Saffron (more valuable by weight than gold) and fenugreek (strongly fragranced & also used in traditional medicine).

India is accountable for 70% of global spice production. The preponderance of people in the world have some sort of condiments in their home from India! Historians and scholars confirm that Portugal was the earliest country to explore India.

When Vasco de Gama reached India in 1492, he began importing spices from India and would confront Pirates when going back to Portugal. AYE CAPTAIN!
During those times the spices were more precious than gold.

Here is an interesting fact, did you know how the term ‘salary’ came about. Well, salt has been produced in India for over 5000 years. During the era of the Spice Route, numerous Roman soldiers were recompensated their pay in salt and thus came the word ‘salary’. The idiom ‘worth his salt’ was also concluded from the same frame of reference.

You will be surprised to know that the Malaysian and Indonesian cuisine has deep origins in Indian cooking. During the spice route, Indian exporters visited these countries and acquainted the locals with Indian spices. Such similarities can be found in the essence of South East Asian dishes.

The demand for spices combines a taste for robustly flavoured food, a belief in their medicinal attributes, and also the sense of welfare, refinement. Once these varied properties were acknowledged or accepted over time, spices became objects of important consumption, a manifestation of elite status as well as markers of impeccable taste in all senses of the word. 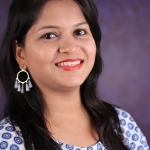 Siddhi Panchal is a food blogger at CookingwithSiddhi and food aficionado who loves to cook. Her cooking skills cover a range of Indian and international cuisines. Her aim is to enable other food enthusiasts explore read more...